OPINION: Six Things To Avoid If You Want To Have Peace Of Mind In Your Neighbourhood

By OmaiOluchi (self meida writer) | 1 months 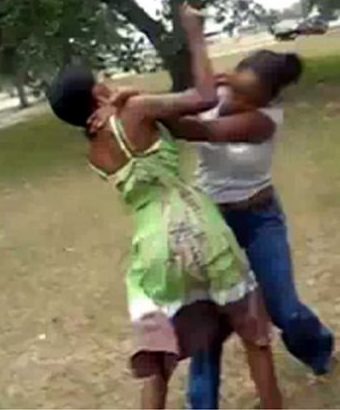 Living peacefully in any neighbourhood is the desire of everyone. Although the desire for peace has been truncated in different neighbourhoods by several attitudes which can be carefully avoided. Most communities have experienced wars and so many lives lost, while most are still at war because both parties misunderstand each other.

Similarly, many persons quarrel daily in their neighbourhood because they misunderstand each other and carry out practices that can be avoided to live peacefully in the neighbourhood.

Some actions that cause misunderstanding and deprive people of peace and the happiness that comes with it are as follows;

Greetings have been discovered to be a very important and desired habit especially among Nigerians and lack of it or depriving neighbours of early morning greetings has most times robbed the neighbourhood of peace which is most desired. Although these norms have been taught to most people from childhood, yet many have decided to abandon this habit. Elderly one always gets angry because younger ones do not salute them and this leads to fracas in the neighbourhood. To enjoy lasting peace, always greet people around you. It cost nothing.

Borrowing in itself is not wrong. But, people have formed the habit of holding back what they borrowed from their neighbours and this is capable of fueling quarrels among neighbours and rob them of the peace they should have. Recently in Calabar, a lady packed into a compound newly and borrowed kitchen utensils which she failed to return. A few days afterwards the lender and the borrower quarrelled and attracted neighbours who were not aware of their lending and borrowing. This would have been avoided if she kept her side of the deal by promptly returning what she borrowed.

Beating up your neighbour’s child can be another source of quarrel. Most parents are overprotective of their children and will not tolerate anyone who mishandles their children despite their offences. To leave peacefully, it is important to avoid these kids and only report them to their parents.

Another thing that sparks up quarrels among neighbours, which can be avoided is the interest in your neighbours' spouse. Although so many persons have neglected this, yet a lot has been imprisoned and others killed because of their illicit interest in other people spouses. A man who goes after another man’s wife or a woman who goes after another woman’s husband will succeed in depriving themselves of true peace as neighbours because when it is discovered, it will lead to enmity between neighbours.

Noise pollution is another major reason people do not leave in peace. Some people consciously increase the volume of their music and will never reduce it no matter how neighbours complain. It can lead to a quarrel and should be avoided.

For peace to be maintained in any given neighbourhood, everyone is expected to contribute alongside others when it is necessary. Although some have devised cunning means of avoiding payment of bills, it only fuels contentions and quarrels among neighbours. To avoid this, people must ensure they pay bills allotted to them and peacefully negotiate for more time when they can not meet the demands.

One Thing Every Landlord Should Do Before Increasing A Tenant's Rent.