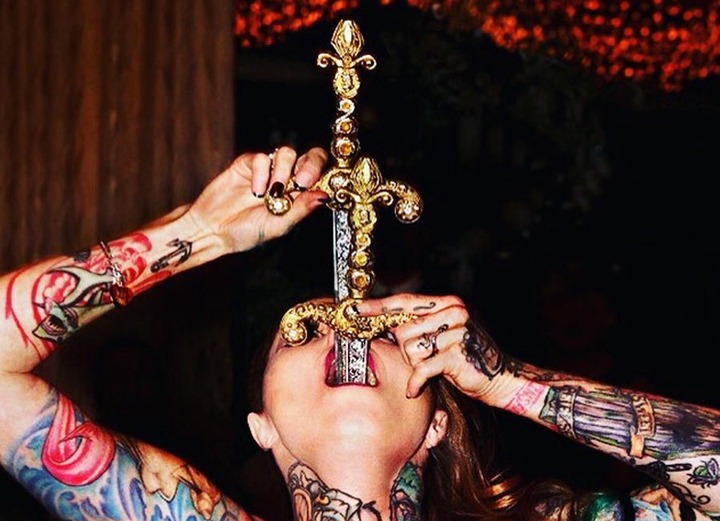 There are quite a lot of party acts in the world now, but there was a time when Magicians were the most acceptable party acts. They bring fire, they bring magic and they bring such interesting flavor to events. One of their greatest acts is to do something called sword-swallowing. Obviously from the name, it is the process when these Magicians take up knives or swords and insert them in their throats, deep into their throats perhaps up to their stomachs. This activity from its description, is quite dangerous, very dangerous indeed, considering that it could cause the death of the fellow who performs this activity. This is quite interesting since people continue to do it despite its dangerous status. Why would people continue to engage in this act, perhaps because it has a long history?

According to sources, those who perform the act can only do so after several years of practicing, in careful situations. And even after long years of practicing, something could still go wrong, and several accidents could occur that could lead to death. But what exactly do we know about this ancient act, and why is it such an interesting act that through its status as a dangerous performance, it still acts as one of the most performed acts. 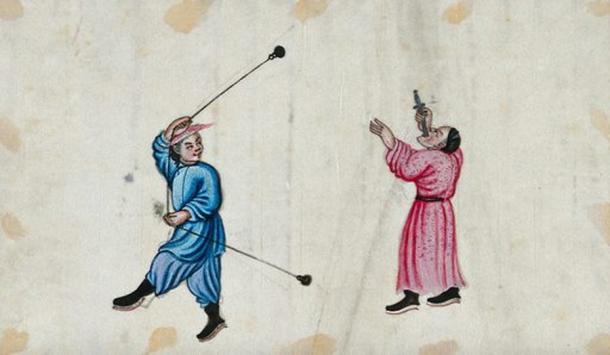 The history of the act is a long one, and it can be traced back to at least a thousand years ago. Some historians believe it to be one of the most ancient acts of party trucks and perhaps because of its ancient roots, it has been practiced over and over and has remained a very significant aspect of party tricks. As far as history goes, the act of sword swallowing has been traced back to India at least a millennia ago. A period when people were very familiar with blades and Swords. Even then, it is believed that those who are known to perform the act often require both physical and mental coordination, especially mind control. I mean, you don't want to start panicking when you have a blade deep in your truth, neither would you want to put the blade through the wrong hole.

According to Ancient Origins, the act started in India but as a very interesting religious activity, that had to do with certain Hindu beliefs. It is said that it started among the Indian ascetics known as fakirs and sadhus. These holy people performed different types of Yoga and practiced sword swallowing as a form of penance for their sins. To date, one can still see the practice among Indians especially among the Sadhu people who could easily swallow swords. It is believed that the better or the easier it is for a Sadhu to swallow a sword is proof of his divine connection and how powerful he is when it comes to mystical connections.

Other activities that are performed by the Sadhu to determine his worthiness, include snake charming, walking on a bed of nails, and fire walking. 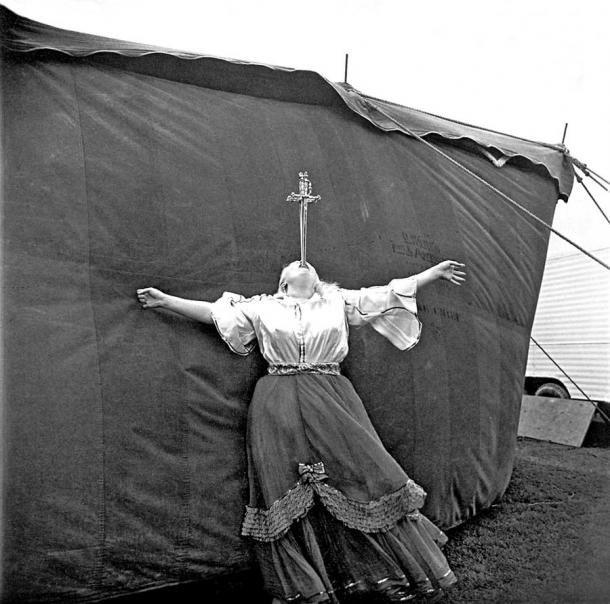 Of course, the act of sword swallowing is mostly associated with the Indian Sadhus but it gets interesting considering that there are other areas with similar ideas. Though some experts have claimed that the reason for the spread of sword swallowing could be linked to the fact that India, where it supposedly originated, had trade with China, trade routes existed between these two countries, and so it is possible that the spread of the act could be from India to China and then from there to Japan. Of course, the trade between these said areas with places such as Greece also comes to mind, as the act found its way to Greece and from there to Rome.

Not to forget that cultures around the world tend to develop skills that are similar to other areas without even getting a glimpse of the similarities. For instance, a dance pattern in West Africa can be found in North Africa, without anyone from West Africa teaching anyone from the North. This shows that cultures tend to individually come up with things that are similar to other areas. This is the case in the idea of Sword Swallowing when it was noted by some experts that at the same the spread of the idea was going from one country in Europe to another, after its origination point in India, some Native American tribes were also independently coming up with their similar activity that resembles sword swallowing, greatly. 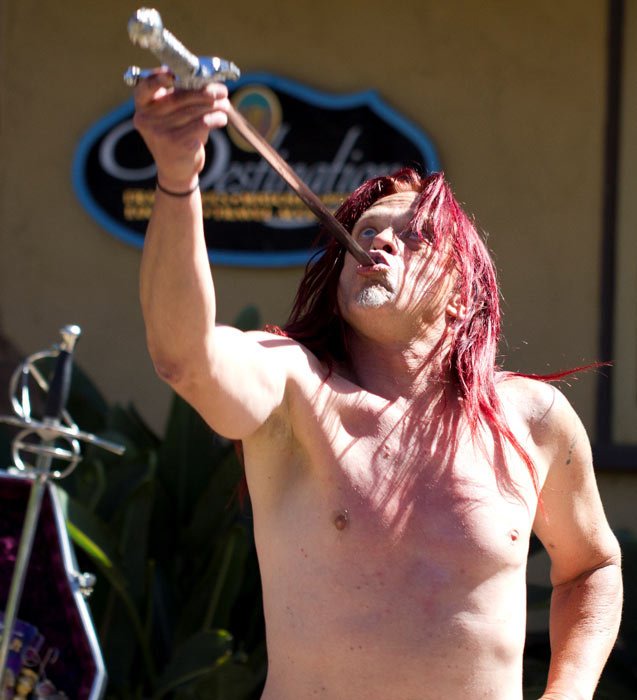 The birth of religion that differs from that of the traditional ones, means a different perspective. The act of sword swallowing was once celebrated and appreciated but the Catholic church began to frown against it as it continued to spread through Europe. In an attempt to ensure the activity, which they considered a threat, goes extinct, they began to expel all sword swallowers during the middle ages.

Though the attack of the church on sword swallowing reduced the number of sword swallowers, it didn't exactly end the act. According to Ancient Origins, the act made a comeback through the entertainment world in the 1800s, when word swallowers performed at the Chicago World Fair and entertained an American audience. By the 20th century, sword swallowing had spread anew in the world.