It started with Brianna Smith, a young girl living with her parents about 30 miles southwest of Chicago. While it should’ve been homework, friendships, and upcoming tests that kept her up at night, she was dealing with a truly haunting situation. 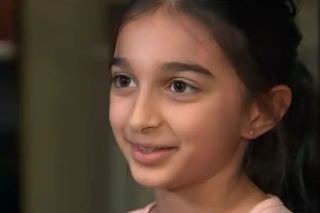 This was Brianna’s bedroom where she spent much of her time when she was home. During the day, she spent time among her beloved stuffed animals, but once the sun dipped, creepy things started happening.

Every night, with no prompting or warning, voices and music somehow started spewing out of Brianna’s walls. It was not an angry neighbor, or a recorder stuck on repeat behind the drywall either. This was particularly strange, as the neighborhood street the Smith family lived on in Lockport looked like any typical residential area. This wasn’t some house in the woods. So what was causing the sound?

They weren’t sure exactly what was happening behind the drywall at night, but it really hadn’t led to any fear, just befuddled intrigue. In fact, the family actually brought a news reporter in to discuss the bizarre situation.

Richard Smith sat down with the reporter and explained what had been happening for the last six years — ever since Brianna was three years old! He said, “We hear it audibly, and it keeps us up at night.” 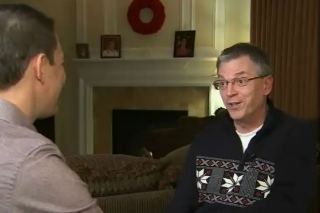 He brought the reporter to Brianna’s bedroom and showed him the exact spot on the wall where muffled music and sounds played every night for hours on end — definitely something a nine-year-old doesn’t want happening.

Brianna added to her dad’s explanation: “There are voices in the wall and I don’t know what it is.” What kind of voices exactly? On more than one occasion, Richard heard a pretty unusual speech.

It was an unknown preacher giving an intense sermon! Trying to describe the music and voices, Richard said the sounds they hear typically feel like they’re from a talk radio station. Often times there was a heavy religious tone to the words.

The reporter didn’t visit the Smith residence during the evening to see the weird situation for himself, but Richard recorded several minutes and played it while they chatted. The reporter was blown away. 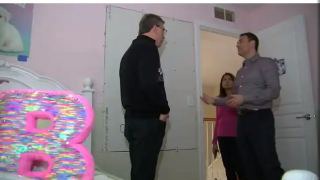 Next, the family tore open the portion of wall in the bedroom to see for themselves what was underneath. Their efforts only led to disappointment, as there was nothing out of the ordinary. They even called the police!

An officer was sent over to investigate, and according to the official police reports, the cop claimed to hear “voices and music” that were “talking about Christ.” He also heard a commercial for a local Christian radio station.

A technical engineer from the nearby Christian radio station even visited the home to see if he could find an explanation. “I got to be honest with you. I don’t know what is acting as a speaker,” he said.

Patrick Berger, one of the directors of engineering at Cumulus Media, also weighed in on the situation after learning about it. According to him, this wasn’t the first time this strange phenomenon had happened, and it wouldn’t be the last.

Berger said, “It doesn’t happen all the time, but it does. When it comes to something like this, there is a small amount of people who actually have experience. AM is a wild thing.”

The director theorized that corroded pipes or duct work hidden deep within the walls were possibly picking up radio frequencies and acting as a transmitter. “The metal could act like a speaker,” Berger said. 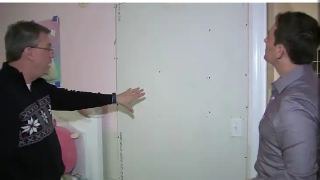 Of course, until the family hires an experienced engineer to really take a thorough look inside their walls, the “pipe acting as a speaker” method is just an un-provable theory.

So, for now, Brianna sleeps in her parent’s bedroom. The music and voices still penetrate the walls at night, but at least the sounds are coming from an external source. The Smiths knew of those haunted by another confusing source.