By Mrliman (self media writer) | 5 months ago

Many Nigerians listened to the interview of the retired Commodore Kunke Olawunmi on Channels TV and can't contest some of his assertions. Watch the interview here. He said there are some sponsors of terror, known to the intelligence community, occupying high positions in this government. Olawunmi was of naval intelligence. He said he interrogated a retired senior officer. That retired senior officer escaped sanctions because of his ethnicity and that man is in government. 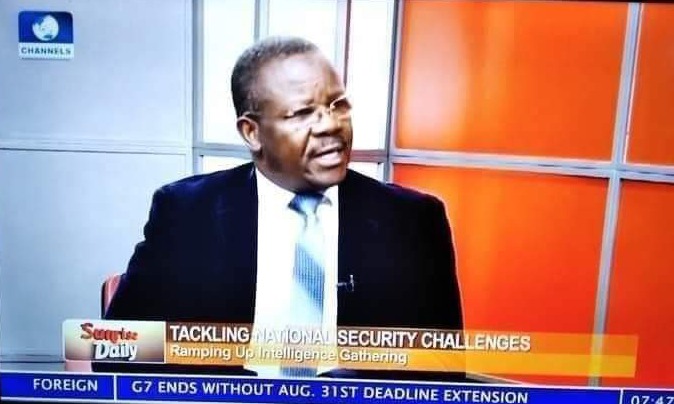 Olawunmi said the government has refused to move against the center of gravity of the insurgency and can't contest these assertions. He said military barracks all over the country are thrown open on Fridays for religious worship in clear disregard for danger and religion is killing the country. Olawunmi said there is a naked design to talibanize the country. And that is why the government has refused to arraign 400 sponsors of terror it arrested.

Olawunmi was a bit too loud for a former intelligence officer. He was too self-congratulatory for a senior officer who worked in teams, who should appreciate military work as teamwork, and was a little self-absorbed. Let's say he was possessed by righteous anger. We can say he was a bit emotional following what happened at the NDA.

The question Olawunmi wasn't asked is why President Jonathan didn't move against the so-called center of gravity of the insurgency which Olawunmi and the company discovered in 2012. Olawunmi demonized the current President for that reason. Why did he let off Jonathan? There are truths in what Olawunmi said. But I disagree with some of his sweeping conclusions and wish Olawunmi had named names

Because Olawunmi was a senior Intel officer, the Federal Government must investigate his revelations and allow the public to know the truth. It's important because we can't let division seep into our military. Nigeria must survive the insecurity that has been ravaging the country.