Operation Anaconda, Where The Hunter Became the Hunted.

By Bankck1 (self media writer) | 2 years ago

After the attack on world market which is popularly known as 9/11 attack. After investigation shows that, the attacker, Osama Bin Laden is from Afghanistan, US with their weapons moved to Afghanistan to root out the al-Qaeda.

After US soldiers and Afghan military had continued the bombing of terrorist for months, this al-Qaeda terrorist relocated their positions to under rock where it's very difficult for soldiers to enter and attack them. Yet this terrorist group do come out to detonate bombs and after which they will run back to their hideout.

The only way to curb this attacks is to go into their hideout, but due to the enormousity of the mountain, Takur Ghar. In March 2002, US special forces decided to go atop of the mountain, Tarkur Ghar, the operation was code named Operation Anaconda. Two teams MAKO 30 and MAKO 21, were picked up by two MH-47 Chinook helicopters razor 03 and razor 04, at 11:23 PM. But razor 03 engine experienced difficulties which led to the dispatching of two MH-47 as a replaced, this caused delay which meant the special forces ZEALS could not be into the landing zone east of the peak as prepared.

A Helicopter insertion was sent ahead of this two teams to established where exactly the base of this al-Qaeda under the mountain and also to be able to know how many were they in numbers. The AFO Helicopter suggested insertion at a point of 1,400 meters east of the peak of the mountain, AFO also asked the teams to land at the airstrip near Gardez and also suggested that the terrorist were not up to 70 in numbers and saw no enemy activity, MAKO 30 leader was not comfortable with how the insertion was conducted because it was too fast, he later dismissed his doubts and trusted the spectre's technology.

At around 2:45 Am, as Razor 03 flared to land at the top of the mountain, its was immediately fired upon by machinegun and Rockets Propelled Grenade RPGs, the RPGs damaged cockpit of the Chinook, starting a fire in the cabin. Another RPGs hit the Chinook righ-side radar pod, which blew out all electrical power to the helicopter, most especially its miniguns. The helicopter set down at a slight depression, shielding the pilots from the fire, he brought the Chinook back into the air. One of the team, Neil C.Roberts fell out of the open door, one crew man grabbed his hand but he couldn't hold it long because of intensive shaking of the Chinook so he fell out, though Razor 03 tried to return and retrieve him, but the damage caused by the machine guns prevented him from doing so.

Roberts fell 10 feet's into the snow covering Takur Ghar. Razor 04 returned to peak Roberts, as the Chinook offloaded MAKO 30, Razor 04 also came under intensive fires from the terrorist, so the pilot quickly returned to avoid the untold story again. Roberts quickly activated his gun waiting for his colleagues to come and rescue him, but it has become a difficult Battle at this period as enemies were more than 400, Razor 03 after force lands, the MAKO 30 leader quickly divided the group, some to face the terrorist why some focused on rescue of Roberts. One team quickly moved to the concealed al-Qaeda bunker and killed 3 terrorists but they were later suppressed by the enemy PKM machine guns. The firefight lasted 20 minutes before the team leader ordered his team to quickly withdraw because enemies were many in numbers and some SEALs members were wounded already. MAKO 30 already losses about 2 members and they were forced off the top of the mountain.

A request was made for assistance of the quick-reaction force who are mainly RANGERS from 1st Battalion Ranger located at Bagram Air Base led by captain Nate Self.

Roberts was mistakenly believed to have been killed prompted their withdrawal from the peak of the mountain. This made Roberts to face superior members of enemy insurgents alone, Roberts killed at least two of the insurgents one hand to hand combat, before he finally killed himself.

This indeed is a tough battle where the hunter became the hunted.

As Razor 01 under the command of captain Nate self reached landing zone. The aircraft was immediately fired upon again from both RPGS and small arms fire, the right door minigunner, Sergeant Philip Svitak was killed by the small arms fire. An RPGs then hit the helicopter, destroying its right engine and forced it to crash land. As the Rangers and special tactics team exited the aircraft, 4 were quickly gun down by the enemies small arms. The surviving crew and the Rangers took cover in a hillock and a fierce firefight began. They launched counterattack against the enemies, they advanced 20m before the weight of enemy fire forced them into cover. Razor 02 arrived with Rangers of 10 in numbers, but where they landed was too far from enemies so they have to climb the mountain, meanwhile, Razor 01 and the Rangers on the peak call in F-15E and F-16C aircraft to suppress the enemy before they can attempt another ground assault. The mountain was fortified with enemy's bunker. The commander ordered the Rangers to withdraw as they did not have enough men to start clearing them and other prepared positions. F16 was used for airstrikes on the peak to keep al-Qaeda forces at their bay until the rest of the Rangers arrived, hellfire missiles was fired which collapsed the bunker, as the ten men of Razor 02 arrived. Seven Rangers stormed the hill as quickly as possible shooting and throwing grenades, within minutes, the Rangers took the hill, killing several al-Qaeda fighters.

At around 8:00 AM, the quick reaction force and MAKO 30/21 were exfiltrated from Takul Ghar, Master Sergeant Chapman and senior Airman Cunningham were awarded the Air Force Cross which is second highest award for bravery. At least, about 6 both SEALS and RANGERS were said to have been killed during the battle while several others were injured. 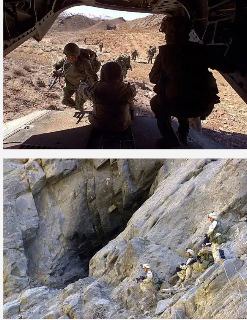 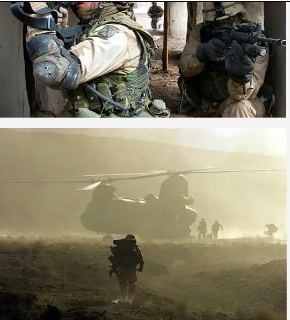 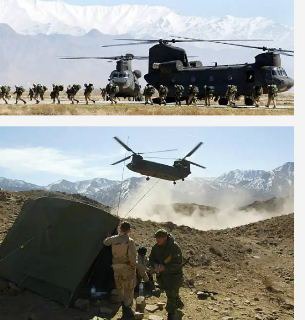 Content created and supplied by: Bankck1 (via Opera News )