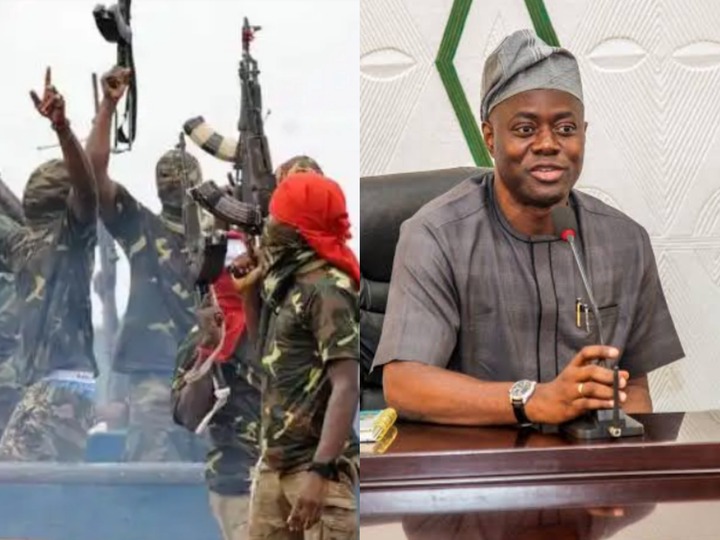 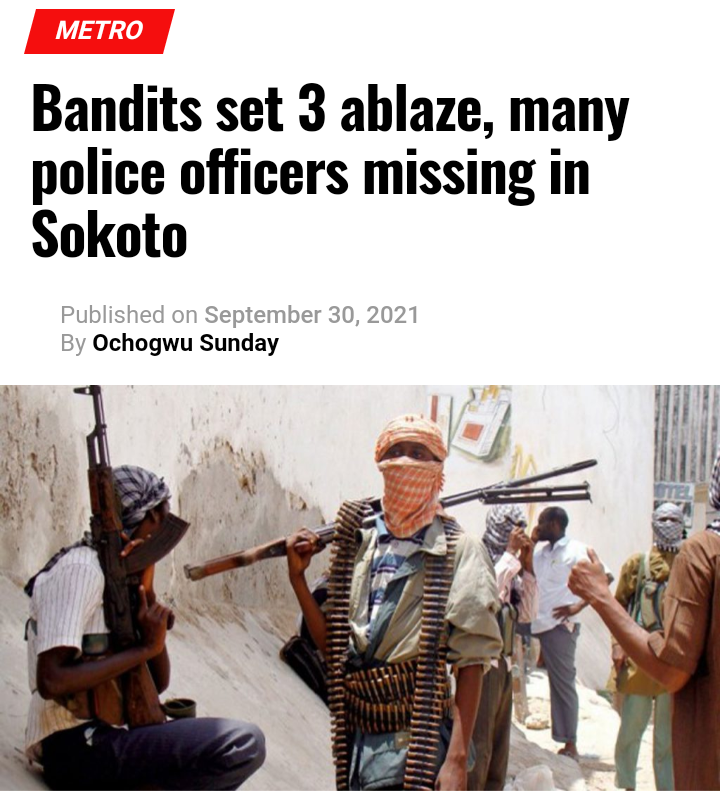 The bloodthirsty bandits terrorizing parts of Sokoto State have again, attacked some communities in the Sabon Birni Local Government Area of the state, killing scores.

It was gathered that one of the residents who were set ablaze, died instantly while others were rushed to hospitals for treatment.

Sa’idu Ibrahim, member representing Sabon Birni East constituency at the State House of Assembly, confirmed the incident to newsmen in the State.

According to the lawmaker, the bandits are now targeting security formations in the area following their recent successful attacks on military formation. 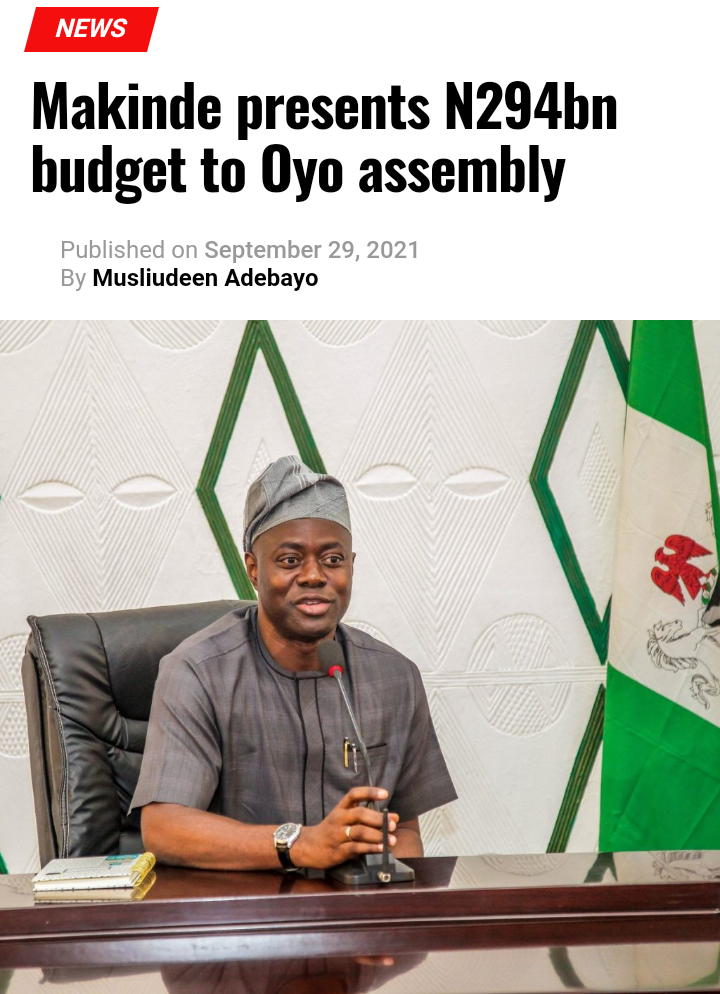 Governor Seyi Makinde of Oyo State has presented a budget of N294 billion to the state House of Assembly.

Makinde made the budget presentation before the lawmakers in Ibadan. The budget is for the 2022 fiscal year.

Makinde, while speaking further, added that his administration will inject N156,000,136,971 into the economy of the state. 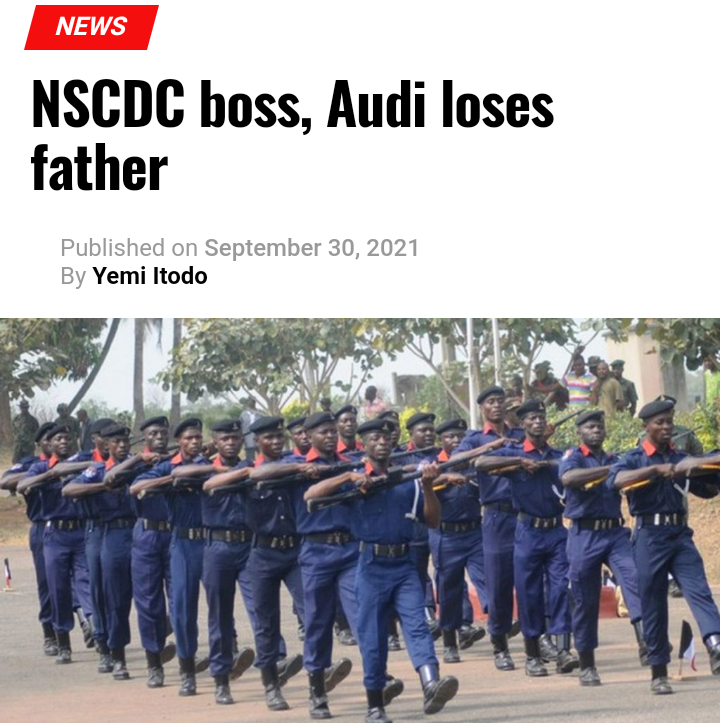 This was contained in a statement by the Director of Public Relations (DPR) of the Corps, DCC Olusola Odumosu, on Thursday morning.

According to the statement, Alhaji Audi, who was popularly referred to as Magajin Gari Laminga, passed on Wednesday, 29th September 2021, though the cause of death was not disclosed.

“Alhaji Audi was a retired civil servant who worked in several capacities as a Bursar of the College of Education Akwanga and the Director of Finance and Account, Nasarawa Local Government, to mention but a few.

“He was married and blessed with children, many grandchildren and great grand children, among whom are the Vice Chancellor, Nasarawa State University, Keffi and Commandant General, NSCDC”, the statement added.

He will be buried in his hometown of Laminga today, according to Islamic rites. 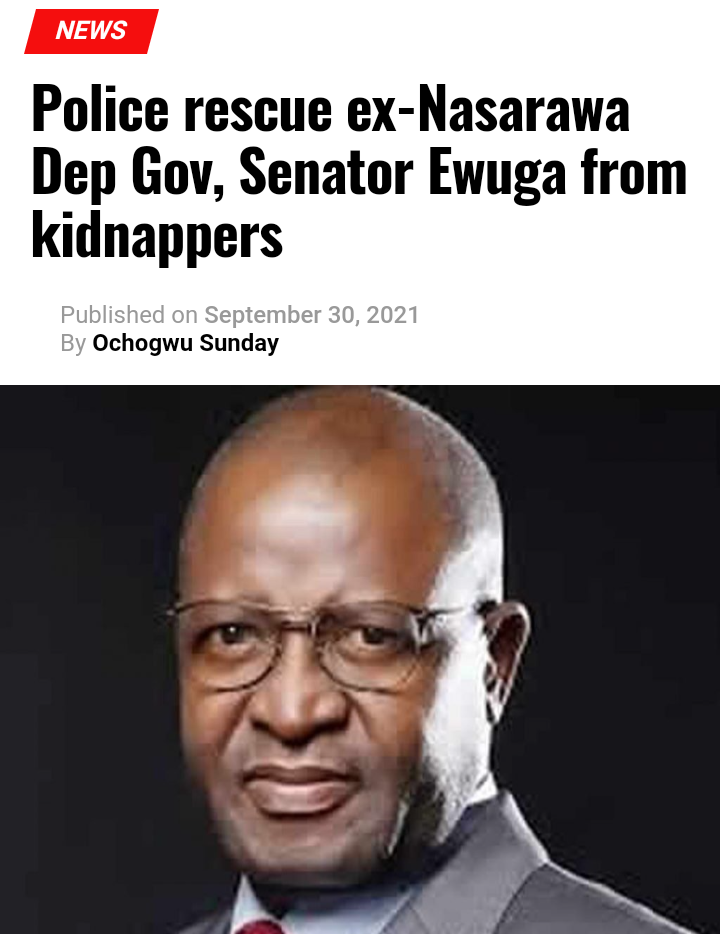 The Nasarawa State Police Command says it has rescued Senator Solomon Ewuga, former Deputy Governor of the State from armed men suspected to be kidnappers on Wednesday.

In a chat with DAILY POST on Thursday morning, the state’s Police Public Relations Officer, ASP Ramhan Nansel said the victim was rescued unhurt by the operatives of the command.

According to the PPRO, the police officers, sequel to information on the incident, moved into the forest and rescued the senator immediately.

The PPRO said, “He was attacked but rescued almost immediately because the distress call was timely and we responded immediately.