By EmmanuelNonsoNwogo (self media writer) | 8 months ago

The dreaded members of the Islamic State in West African Province, ISWAP, on Monday morning has launched an enormous attack in Rann village, the headquarters of Kala Balge Local Government Area of Borno State. 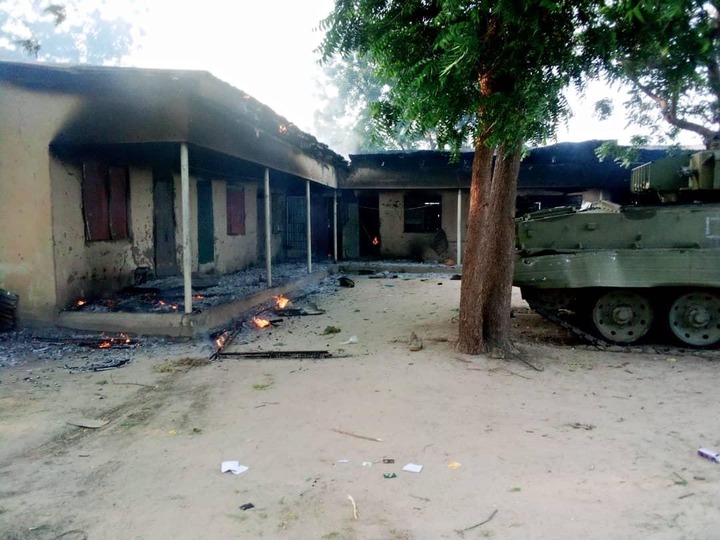 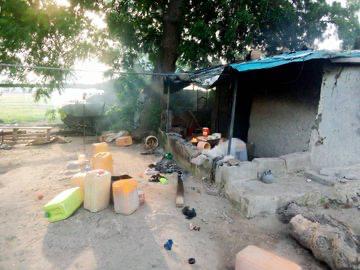 According to reports gathered, several residents scampered for safety while other villagers fled the town to neighbouring Cameroon as a result of the attack. It will be recalled that Rann town in northeast Nigeria shares a border with Cameroon. 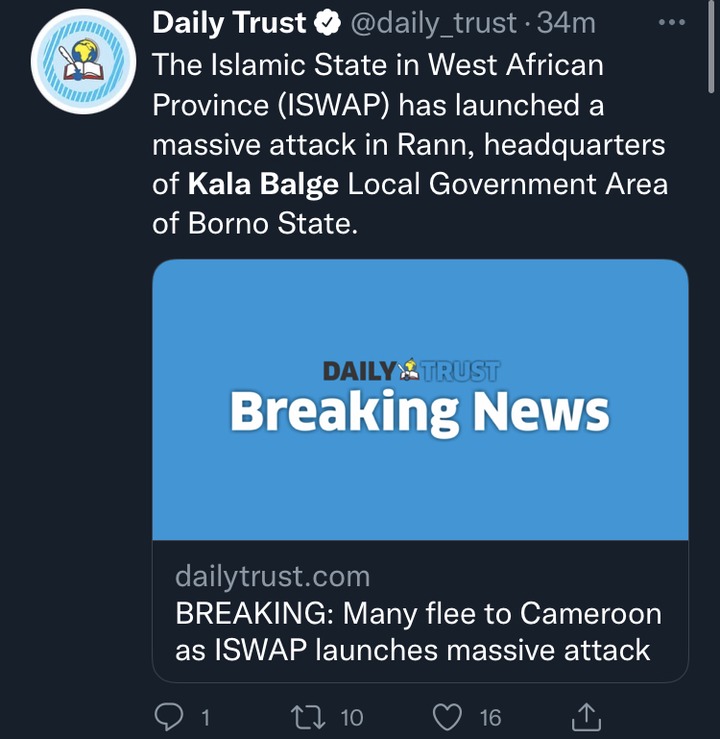 However, scores of heavily armed ISWAP terrorists were reported to have stormed Rann in the early hours of Monday. 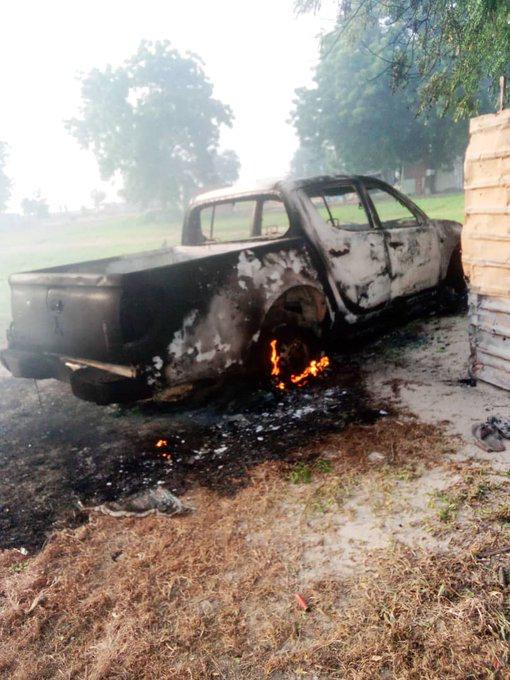 Although the comprehensive details of the attack are still sketchy as at press time, but reports say the insurgents set ablaze many properties in the village.

It was also gathered from EONS INTELLIGENCE that the fighters overpowered the army troops after engaging them in a fierce gun battle. It was further alleged that the terrorists captured four Hilux vehicles. 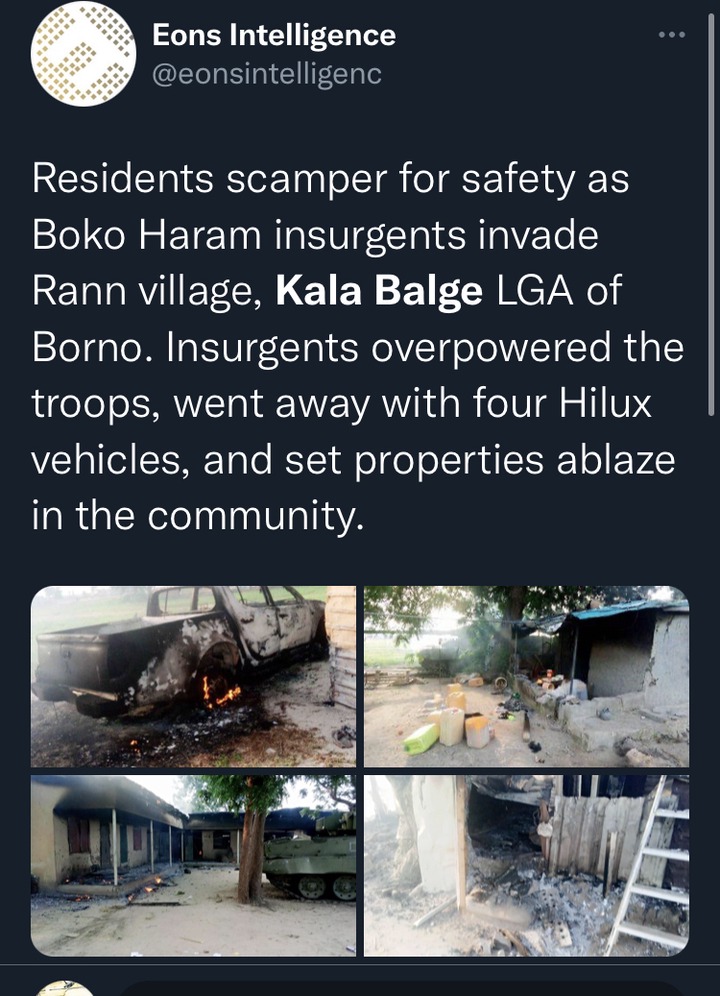