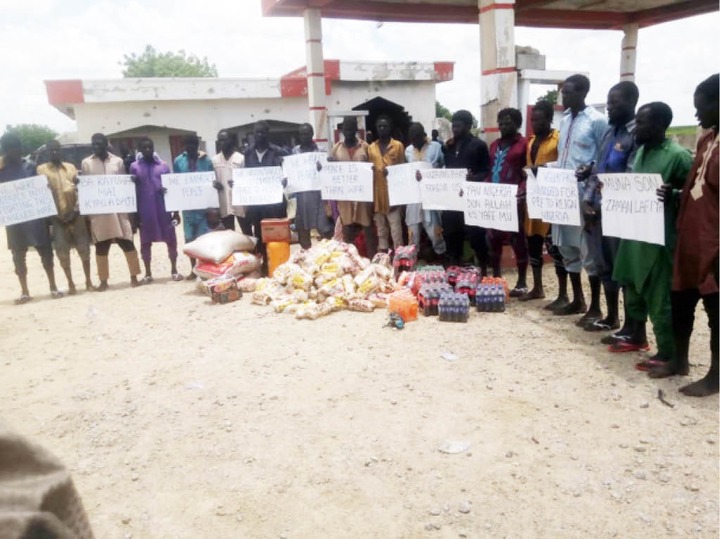 Recently thousands of BH members are reported to have surrendered their arms to the military. In the light of the good news, people are however in doubt if those who did are truly Boko-haram members.

According to a Daily Trust report, doubt trails the surrender Boko haram terrorists after sources admitted that many of those who came out to surrender in masses are mere villagers proving reasons why they can't be the true book haram fighters. However admitting that only few of them were true member who surrendered and were ready to be integrated back into the society. 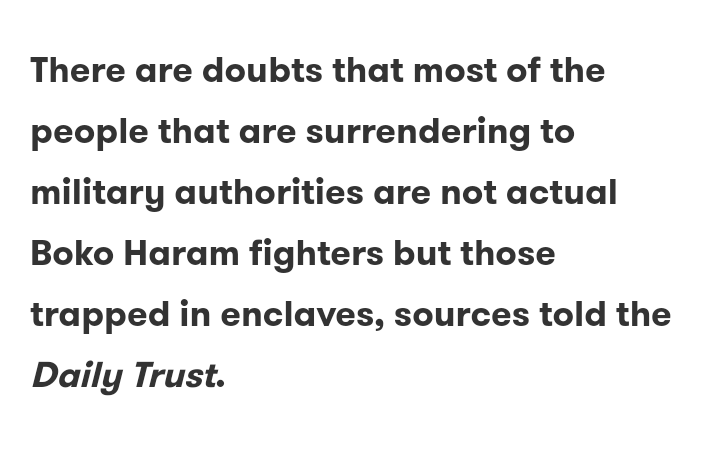 Sources who narrates claimed that many of those who surrender are not the true Boko haram fighters but those whom were trapped in enclaves of the forest and few among them who genuinely surrendered are those who had no option after BH lost out of their power game.

And there should be a watch out in the way they are being integrated back into the society. 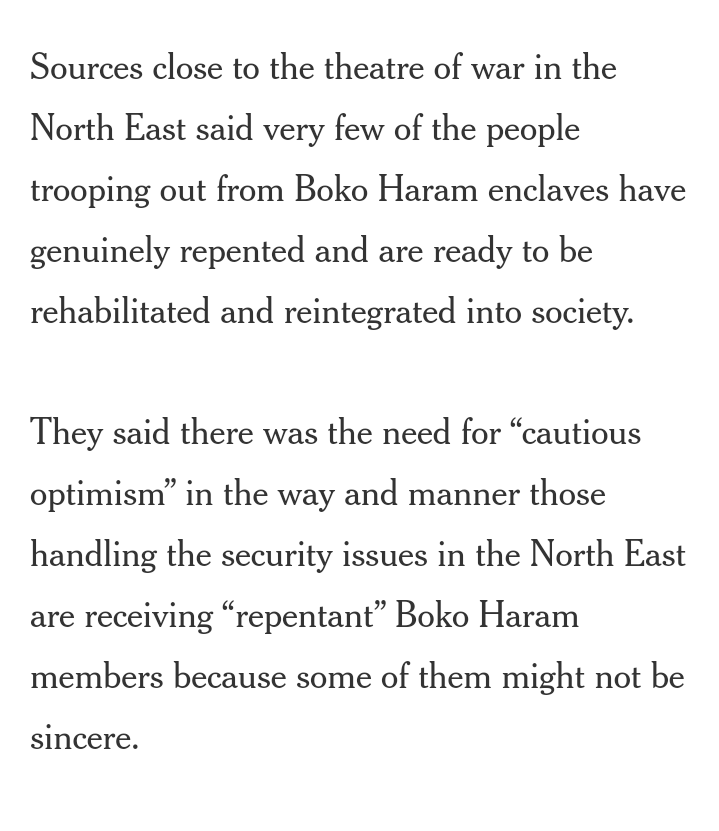 In series of analysis made by Daily Trust, There has been division of power among the terrorists group in recent time where a factional and ISIS baked group known as ISWAP, hijack the game from Boko haram leading to the death it's Shekau. So those who sincerely submitted their arms did so because they are stranded. Daily Trust, learnt that only those who were forcefully conscripted into the group in the past years and their wives and children have sincerely surrendered and even that many of them were locals of the forest before Boko haram took over to either convince or force them to join them. And now that Shekau who leads the terror group has fallen they had no other option than to surrender through the amnesty opportunity given by the government.

In another analysis, Daily trust learnt that the ISWAP commanders gave the Boko haram members ultimatum to join the group or leave them, else they will be descended upon. An ex-military personnel Salihu Bakari admitted that many of those who surrendered are mere villagers. He questioned why the fighters didn't come out with their weapons and the clothes they were known with. Charging the government to watch out for the ISWAP whose team are intact and are ready to launch terror. 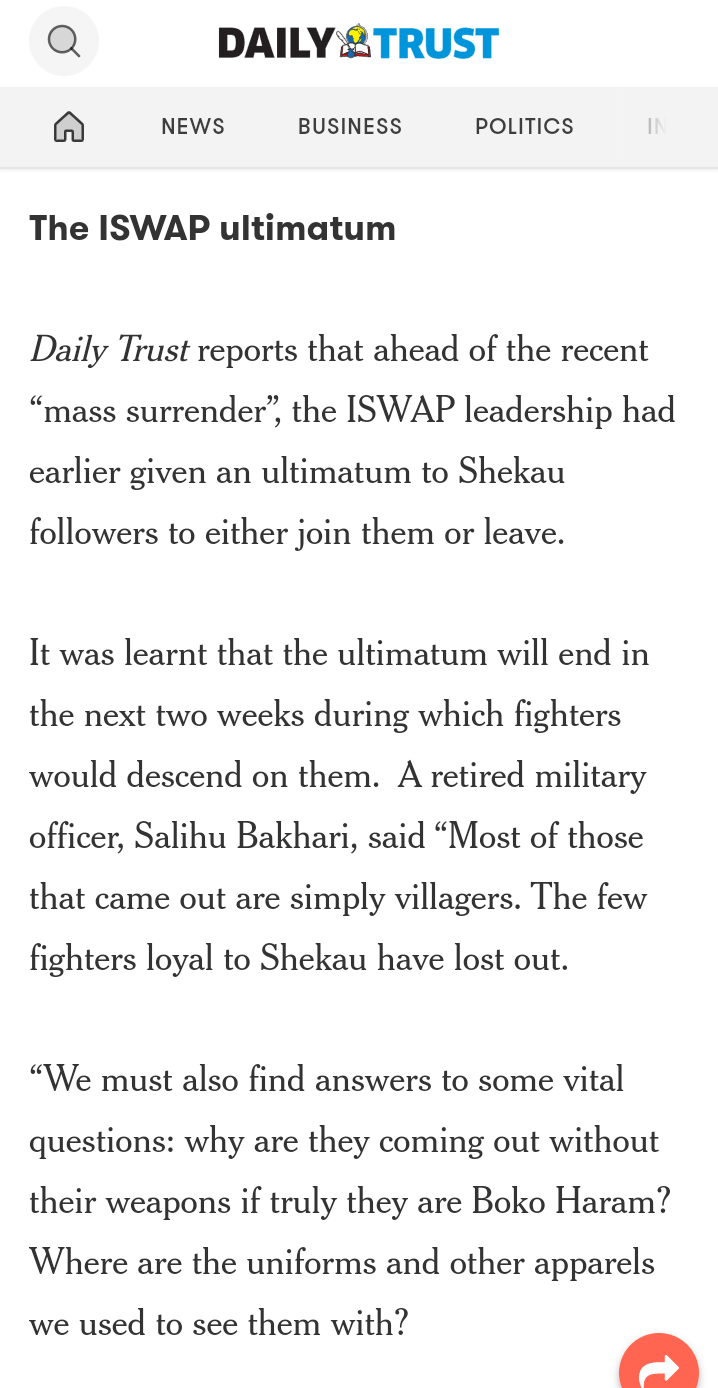 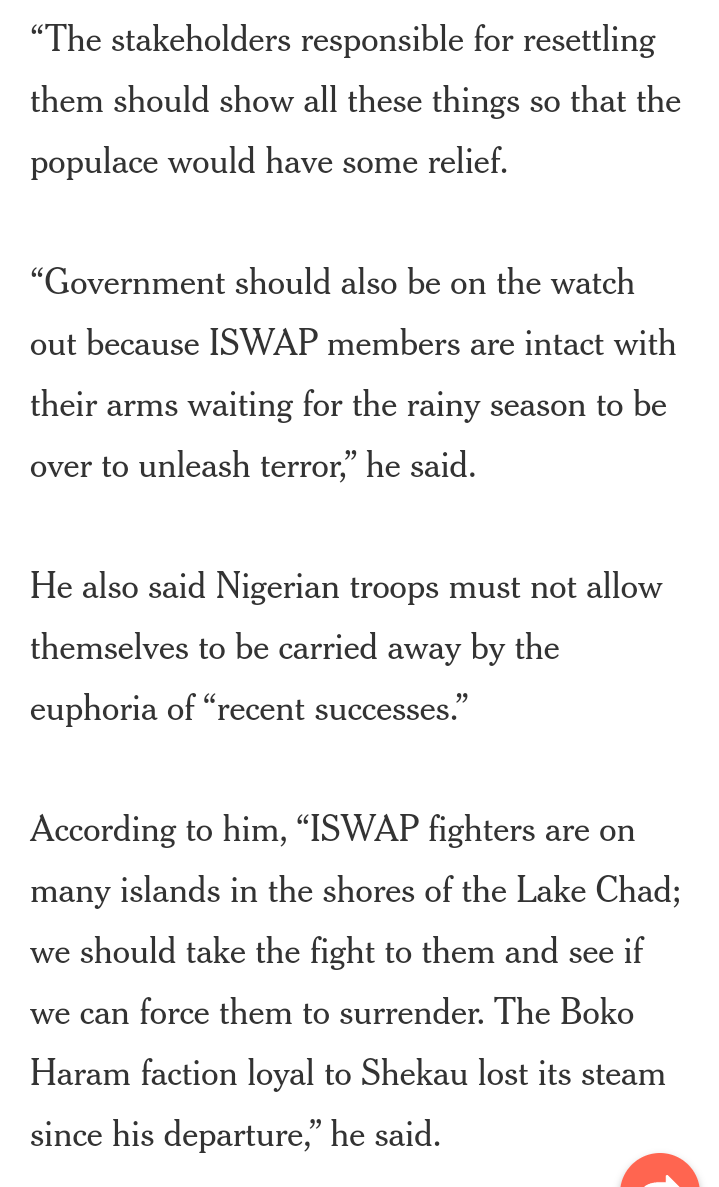 He also charges the military to go offensive on the ISWAP members at their comfort zone maybe they be forced to surrender and not be carried away by the recent success of surrendering boko haram members. 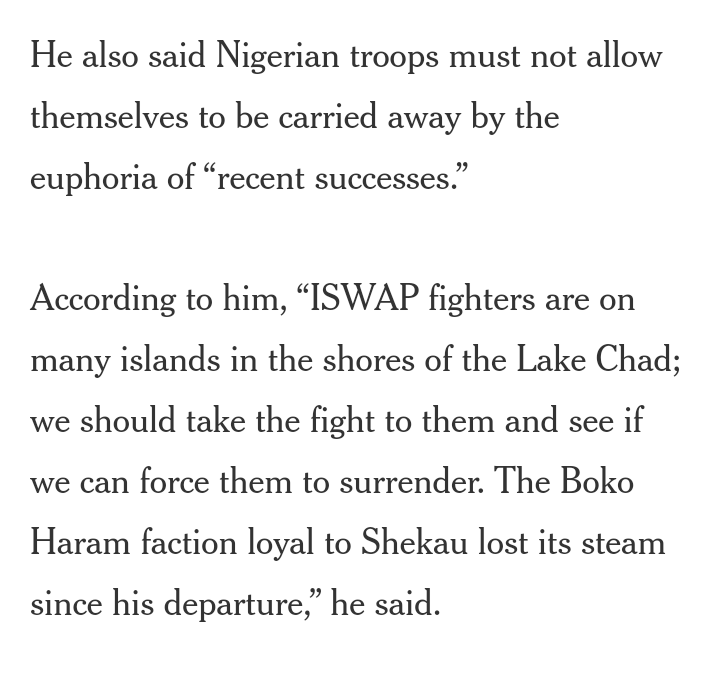 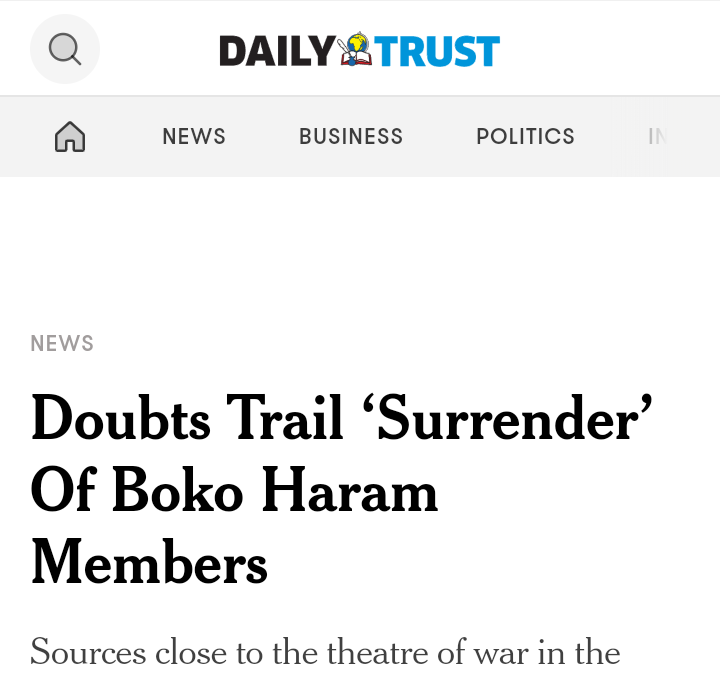