By EdoWriter (self meida writer) | 1 months 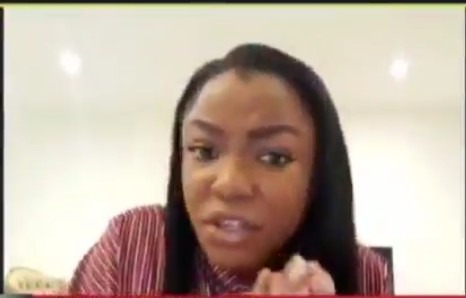 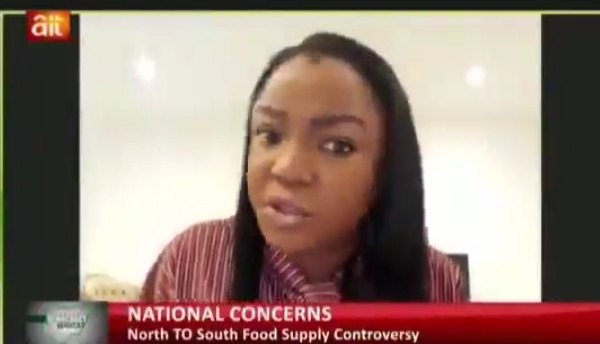 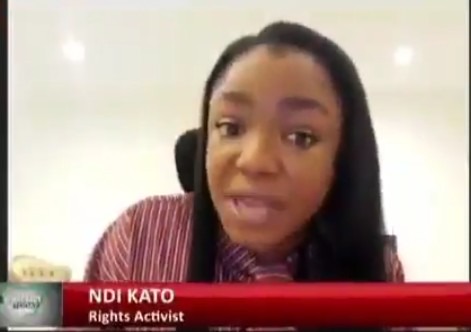 A human rights activist and one time aspirant for Kaduna State house of assembly, Jema'a constituency, called Ndi Kato, while speaking to popular television networks, Africa independent television (AIT), discussed the food blockade by the North to other regions of the country, and listed out a number of vital points. According to her;

• There are at least 200 tribes in the North, and it should not be considered as a monolith; because one tribe (referring to the Fulanis), does not control the rest who are not party to the food blockade.

"How do they intend to carry out the blockade without violence?" She asked. Stating further that;

• The last time Nigeria heard talks about food blockade was during the civil war. She also called out Miyetti Allah, saying that the group cannot be allowed to constant stir the waters of war and treat it with kids gloves, while they are actively trying to starve three regions in the country of food.

Ndi Kato said it is "genocidal", and went on to ask why the government is playing with it. 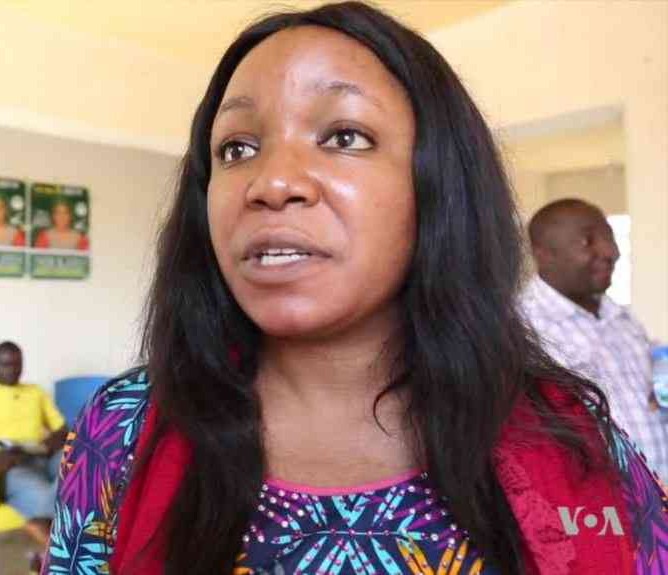 Going further, Ndi Kato wrote via a thread that was made on twitter that ;

• Hausa farmers are passing through the worst time possible with their villages facing constant attacks from armed fulani militia.

She also wrote that these Hausa farmers are growing increasingly poor under the circumstances, needing to sell their off their goods in order to survive.

"Hausa Farmers are literally lamenting" she alleged, as she raised a fourth point saying that;

• Nigeria needs to have an honest conversation on why we are where we are at the moment.

She stated further that there is no monopoly of violence and if we are speaking of justice and compensation, then the affected groups need to join the line because this is the reality for many Nigerian tribes and they know why. 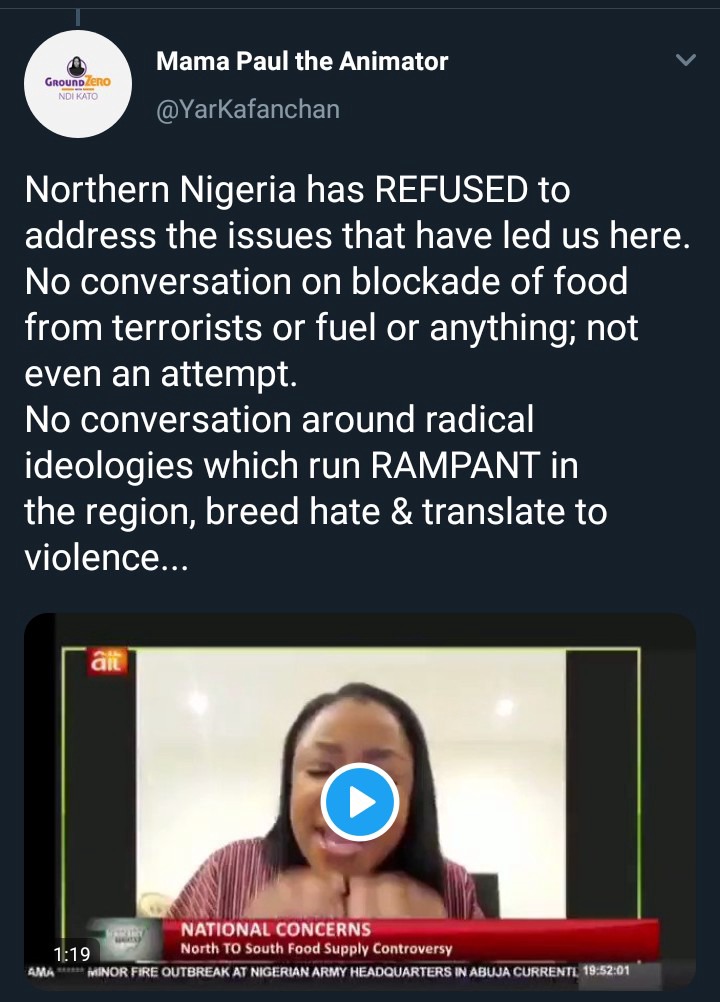 The activist, while concluding her thread, wrote that it is criminally insincere for certain groups in the North to continue to shout "one Nigeria", while they themselves are engaging in actions that show they have no interest in such unity.

She also accused the current Nigerian government of being "VERY NORTHERN", saying that cannot antagonise the South for their failure.

Speaking via one of the videos she uploaded, Ndi Kato also asked how the popular Islamic terrorist group, Boko Haram gets food, fuel and all the things they need. She blamed the North for refusing to address the issues that have led the country to this point, saying that no talks were held on blockade of food to terrorists or fuel or anything; not even an attempt.

She also said that no conversation is being even held around radical ideologies which run freely in the Northern region, and ends up breeding hate and translate to violence.

TB Joshua Performs Another Miracle Today, Look At Photos Of The Man He Delivered From Attack