Boko Haram and ISWAP have settled their differences, they are now united as one group

By Nextheight (self media writer) | 10 months ago

It has only been a month and a few weeks since Abubakar Shekau, the former head of the sectarian Boko Haram sect, murdered himself after a gun battle with some rogue Islamic State of West Africa Province, ISWAP, commanding officers, that Boko Haram and ISWAP insurgents have patched up their differences. An army of terrorists from competing extremist groups reconciled themselves in a 13-minute clip acquired by PRNigeria, after placing their hands upon one another and singing words of solidarity to signify their rejoining and togetherness.

They then swore their loyalty towards one Aba Ibrahim Al-Hashimiyil AlKhuraishi, whom they unconditionally consecrated as ‘Khalifan Muslimai,' or “All Muslim Leader.”

In the video, four rebels from the defunct Boko Haram and ISWAP groups are seen swearing their allegiance to their commanding Officer in Arabic, Hausa, English, and Fulfulde. 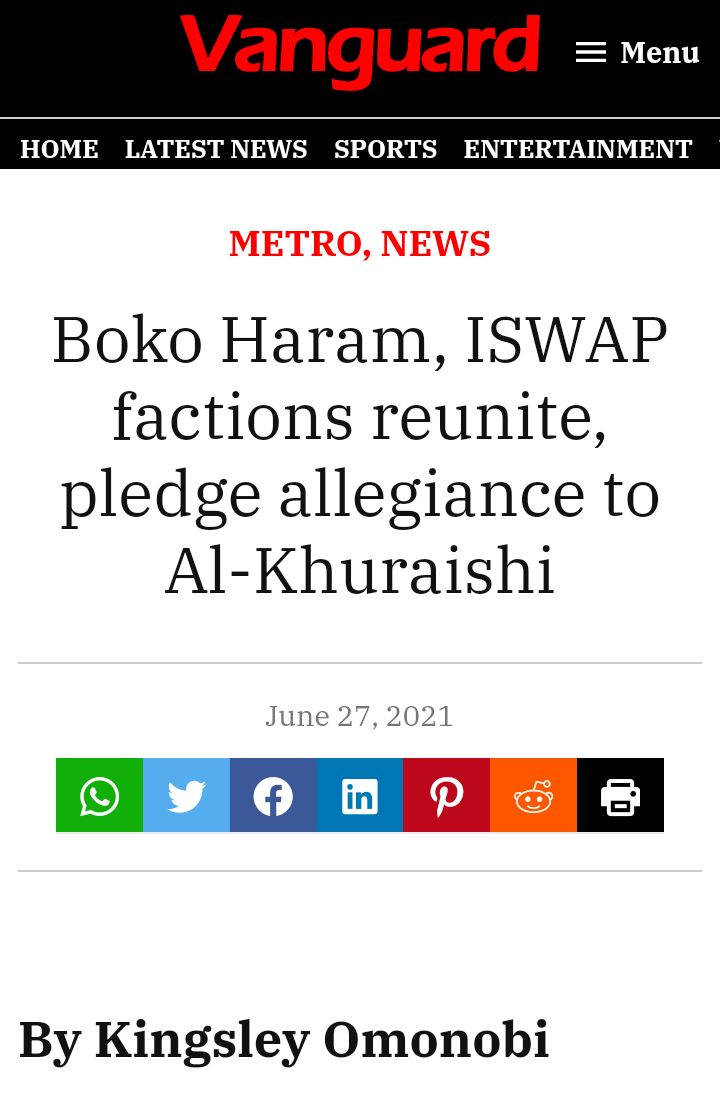 When one of the participants said that “the enemies triumphed in dividing us, and we're now back,” he verified the notion that intelligence agencies played a significant part in fostering divides in terrorist camps.

This resulted in brutal clashes between Boko Haram and ISWAP forces, as well as Shekau's death.

According to a top intelligence operative, over 223 vulnerable individuals, including women and children, were saved and are being rehabilitated as part of one of the combined security operations.

Nevertheless, in the most recent Boko Haram footage, the insurgent element that spoke first offered his greetings to their new commander, Khuraishi, congratulating him for having brought them together.

He pledged his allegiance and stated that every follower of Boko Haram and ISWAP should be grateful for their newfound unity.

Another extremist ‘warmly' hailed Al-Hashimiyil Khuraishi in Hausa, promising him that both he and his fellow rebels would not disobey his instructions and commandments.

He was overjoyed that they had reunited as one "indivisible entity" after the mutual enmity that had previously split them had dissipated.

“What is remaining is now Jihad,” roared an ISWAP member, who was brandishing a sophisticated gun hanging around his neck. We will not give up the fight against the nonbelievers. All the sceptics have gotten themselves into trouble.”

All Boko Haram and ISWAP follower, as per the fearless terrorist, must be prepared to battle on the orders of their new Leader in order to survive and prosper.