By Homopoliticus_Bosco (self media writer) | 7 months ago

The recent happenings in the South-East geo-political zone have caught the attention of Human Rights Writers Association of Nigeria (HURIWA). According a statement released by the group on Monday through its National Coordinator, Emmanuel Onwubiko, the group has lamented the spate of killings in the South-East region. As revealed by the statement obtained from Daily Post, HURIWA accused the Armed Forces of Nigeria of carrying out "fake killings" of Bandits and armed Herdsmen in the North-West and Benue State.

According to the report, HURIWA alleged that the Operatives of the Armed Forces are however, killing innocent people in the South-East. The group lamented that innocent youths are being killed, while the Unknown Gunmen have continued to carry out attacks on government facilities. It should be recalled that just recently, the Imo State Governor, Senator Hope Uzodinma alleged that about 400 people have been arrested in connection with the attacks in Imo State alone. 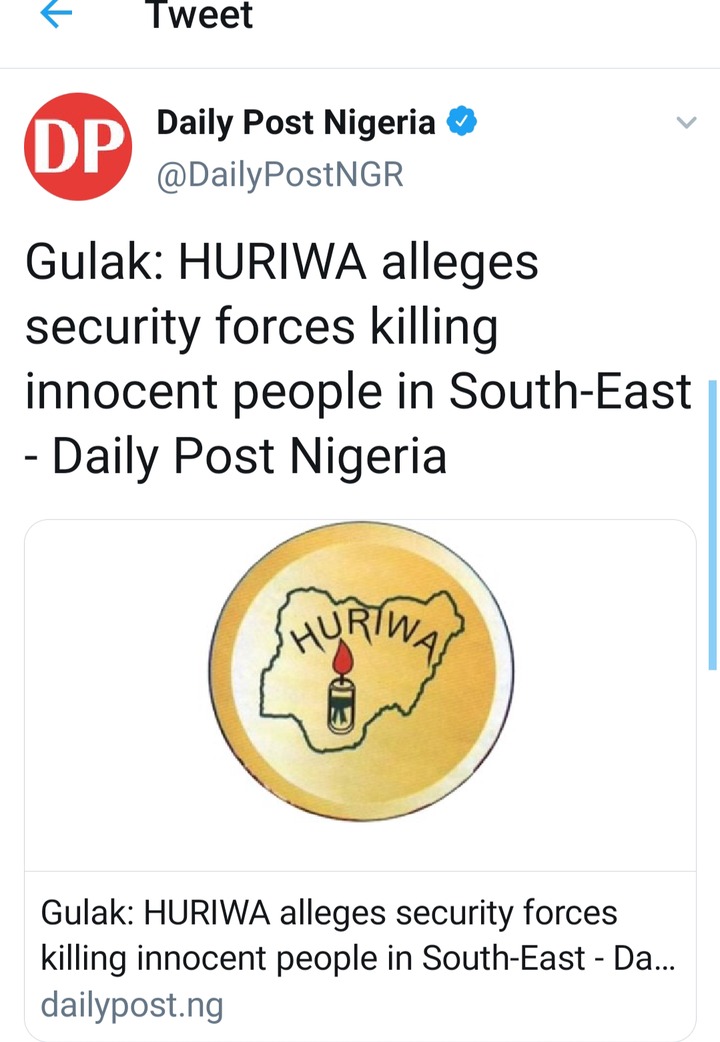 Despite the number of arrested people, Unknown Gunmen have continued to launch attacks in the state. It can also be recalled that just yesterday, there was a report of the murder of Ahmed Gulak, a former Political Adviser to President Goodluck Jonathan which happened in Imo State. Few hours after the incident, the Police reported that it has killed those behind the death of Gulak. As such, HURIWA according to the reported by Daily Post, questioned how the Imo State Police Command determined that the persons being paraded as killers of Ahmed Gulak are the right people. 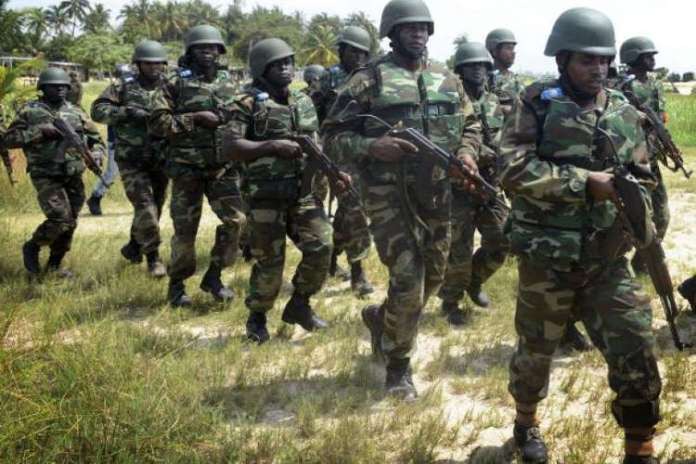 HURIWA laments that there is no empirical evidence demonstrating that Nigerian Police Force deployed science- based, evidence-associated forensic probe of the crime scene but relied on what they said was the testimony of one of the survivors. The group alleged Police and Soldiers are moving from street to street in Imo and Owerri, even interrupted a Church service and arrest members of the congregation as IPOB members. On the other hand, Herdsmen and Bandits are operating freely in the North-West, Niger and Benue State, killing, people at will and destroying properties.