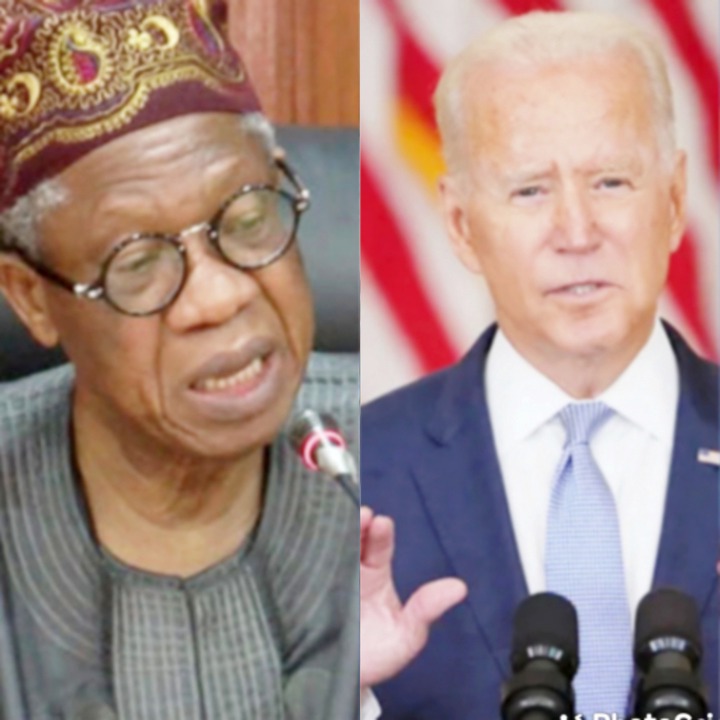 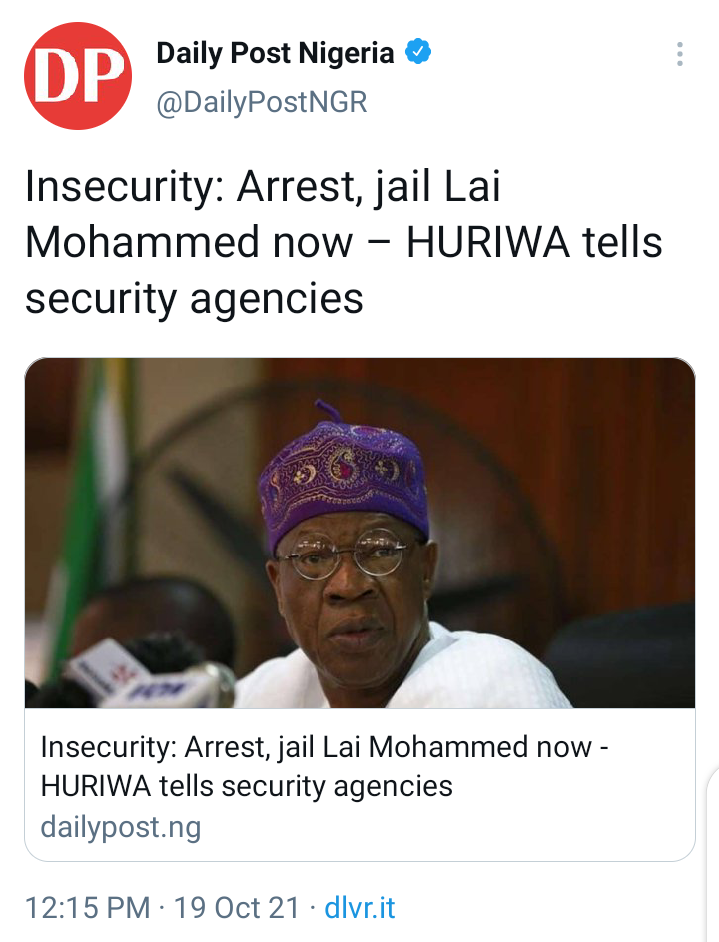 The Human Rights Writers Association of Nigeria, HURIWA, has asked the security services in the country to “arrest, prosecute and jail” the Minister of Information and Culture, Lai Mohammed for allegedly defending armed Fulani herdsmen.

The rights group alleged that the Minister had, during a broadcast, referred to armed Fulani herdsmen as ‘nationalists’ who believe in the sovereignty of Nigeria.

“The criminal act of actively soliciting support for terrorists offends the extant anti-terror law of Nigeria which the information minister has breached with reckless abandon.

“From empirical evidence, it may take international pressure to dissuade the central government from going ahead with its entrenched active support for Fulani terrorists going by public utterances of key officials of the current administration in Abuja which appears to be heavily sympathetic to Islamist and Fulani terrorists,” HURIWA said in a statement on Tuesday.

US To Partner Nigeria On G7 Infrastructure The United States Government has stated its intention to partner with Nigeria on a G-7 Infrastructure Programme.

This was made known by White House Deputy National Security Advisor, Jonathan Finer, during a visit to the Presidential Villa in Abuja on Monday.

Leading the US delegation, Finer was received by Vice President Yemi Osinbajo who engaged them in discussions of national importance.

The Senior Special Assistant to the Vice President on Media and Publicity, Laolu Akande, revealed this on Tuesday in a statement titled, ‘We are happy U.S is back on track with climate change, says Osinbajo.’

During the meeting, Finer informed Osinbajo of a potential partnership with Nigeria on a G-7 Infrastructure Programme known as the Build Back Better World. 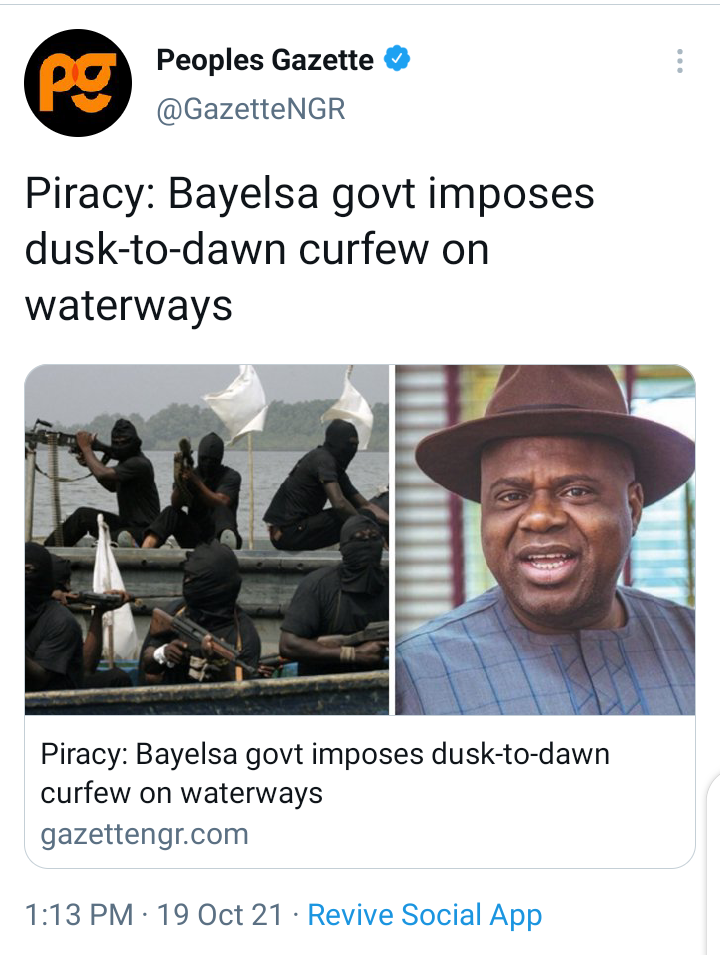 The Bayelsa State Government has imposed a dusk-to-dawn curfew on its waterways to curtail sea piracy, kidnappings and other criminal activities.

He said the curfew on water transportation, which takes immediate effect, is between 7:00 p.m. and 6:00 a.m., as he also announced a ban on the use of 200-hp speed boats.

Akpoebi Agberebi, a special adviser to the governor on security matters, who briefed reporters after the meeting, said, henceforth, no permit would be issued for the use of 200-hp engines, warning that violators would face the full wrath of the law.

He, however, said that there would be concessions for emergency movement, during the curfew hours, while calling on Bayelsa people to feel free to report violators to the state security outfit, Operation Doo-Akpo, on its dedicated phone line 07006464644.

Mr Agberebi also said that the council resolved that communities, whose lands had been acquired by the state government, should desist from any form of protests.

He stated that some communities, still parading themselves as landlords, had been constituting a nuisance by taking the laws into their hands and depriving other citizens their freedom of movement.