A number of people have been responding to the claim made by the Bauchi state governor, Babagana Zulum, that repentant Boko Haram members are turning into spies for their groups.

It can be recalled that back in 2016, the Nigerian military launched an Operation called "Safe Corridor" to rehabilitate and deradicalise ex-Boko Haram fighters, and the major aim of this particular operation, according to the Nigerian military is to reintegrate these repentant fighters into the society, of which over 500 of them have already completed the programme. 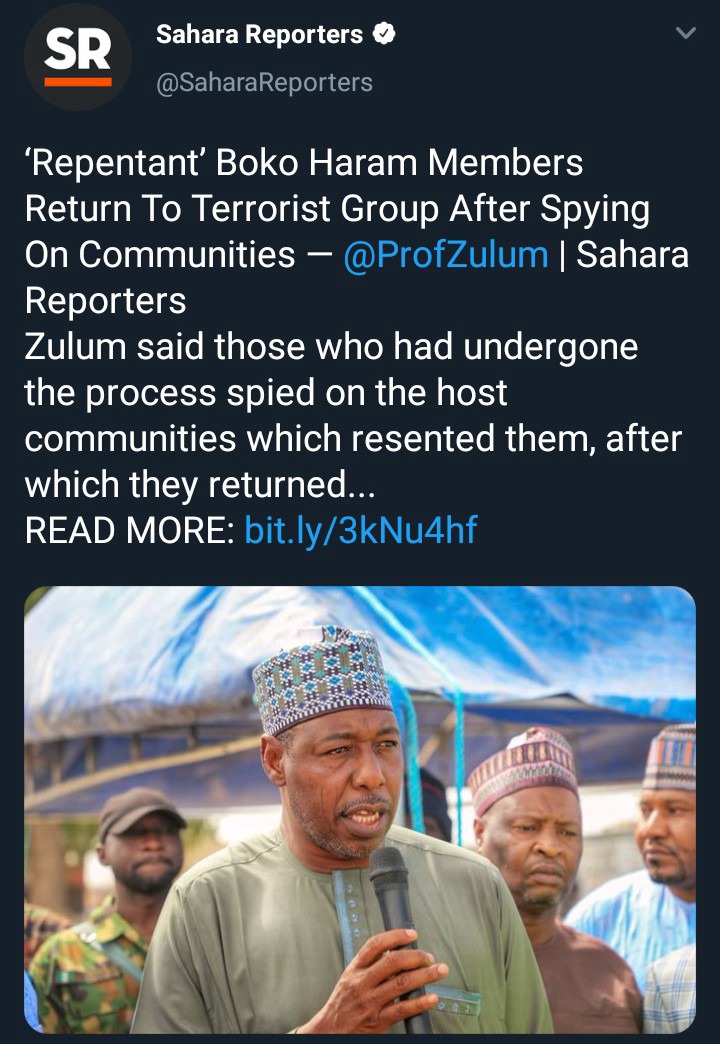 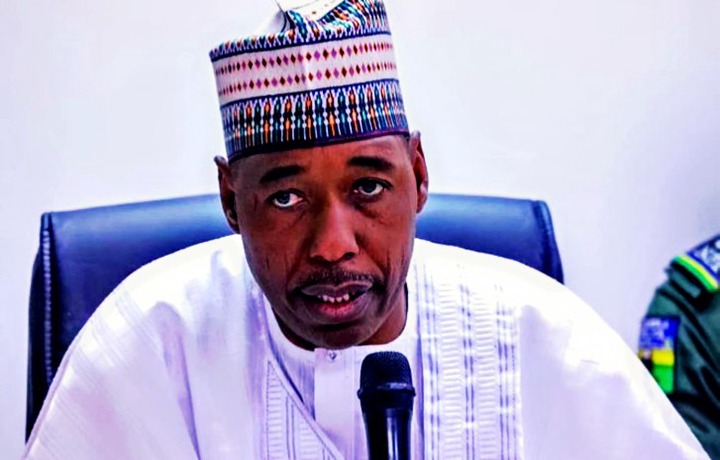 After Governor Zulum suggested that the initiative be reviewed, because some of the ex-Boko Haram fighters only come to spy on communities and then go back to join the group, one twitter user suggested that it will be a good decision to use Islamic law to punish the Boko Haram terrorists. He said that if you kill someone, you will be killed, and that there should be no mercy for repentant terrorists.

He went on to say that it was a poor plan to to forgive the fighters after they had killed and bombed thousands of people. 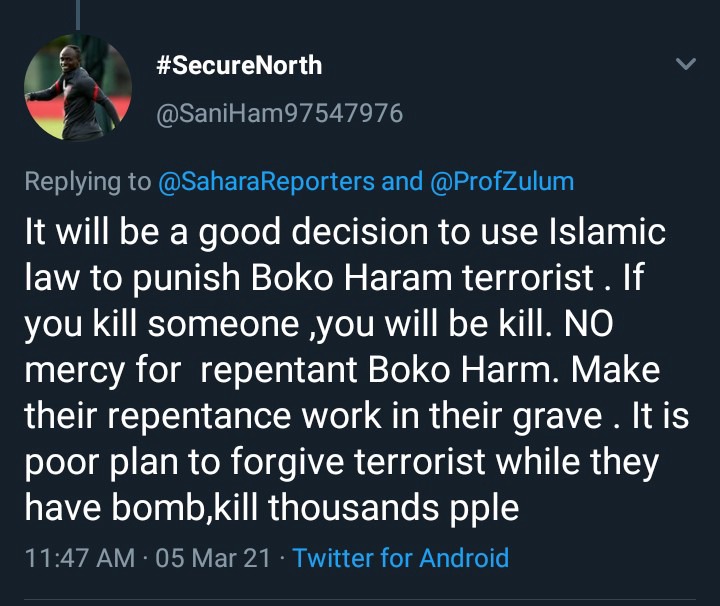 Some other people also reacted to Governor Zulum's statement, saying that it was never a good idea to negotiate with terrorists because it was bound to happen. 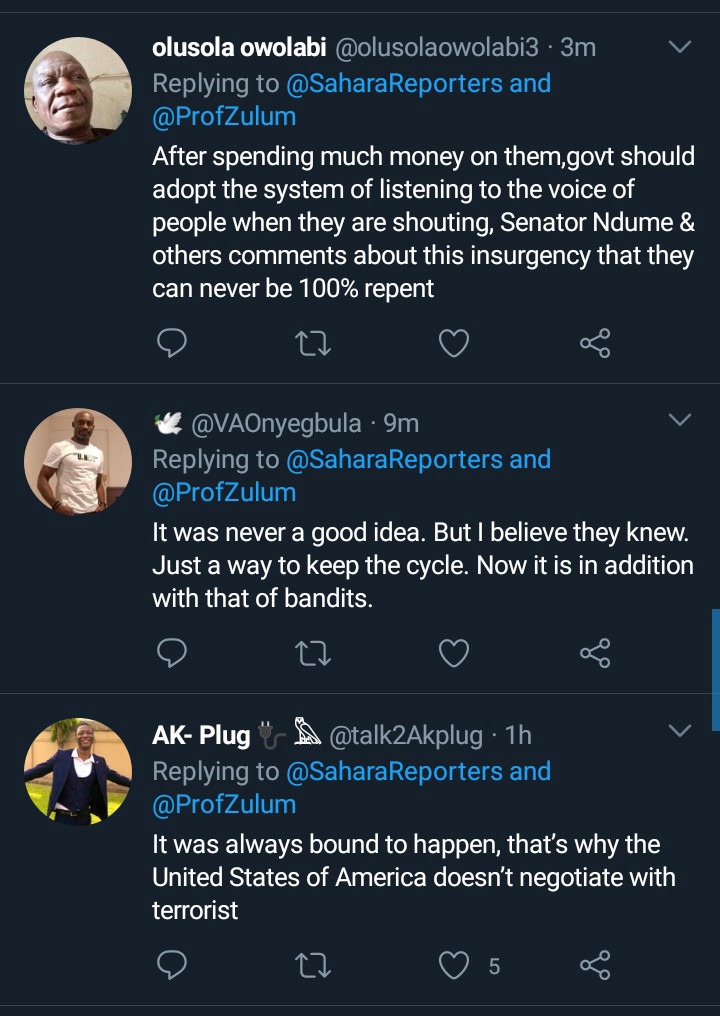 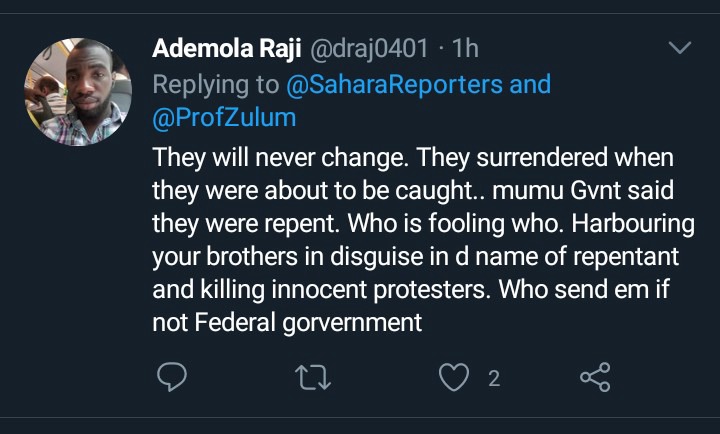 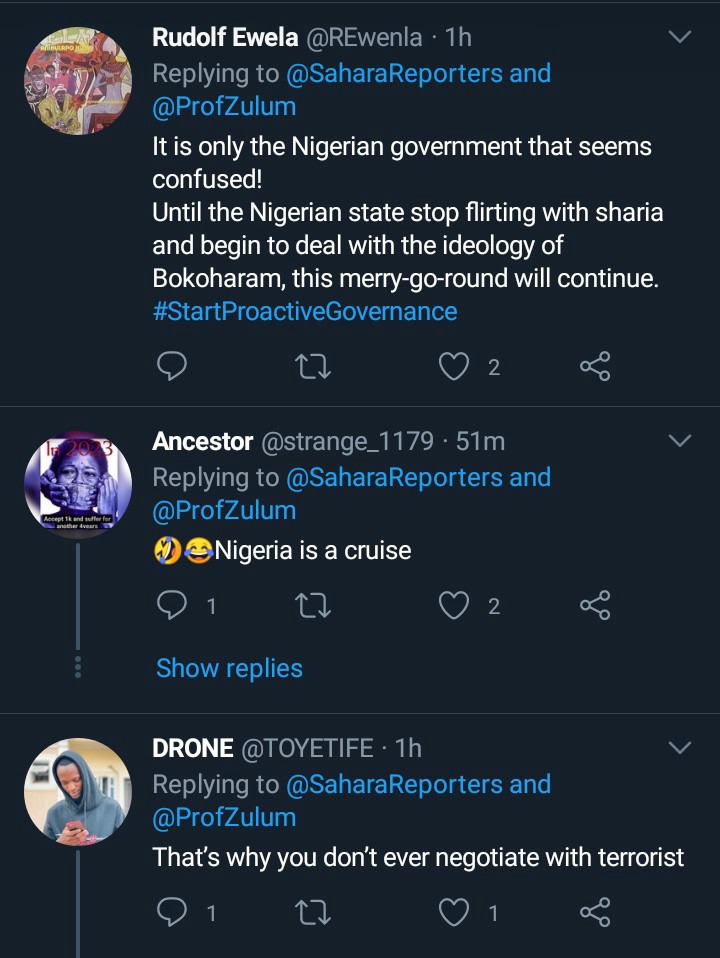