There are now two sets of Bandits, Reveals Gumi

By HeadlineNews (self meida writer) | 5 days

Renowned Islamic Scholar, Sheikh Ahmad Gumi, has revealed that terrorists were involved in the abduction of students in Kaduna State including those of Greenfield University. 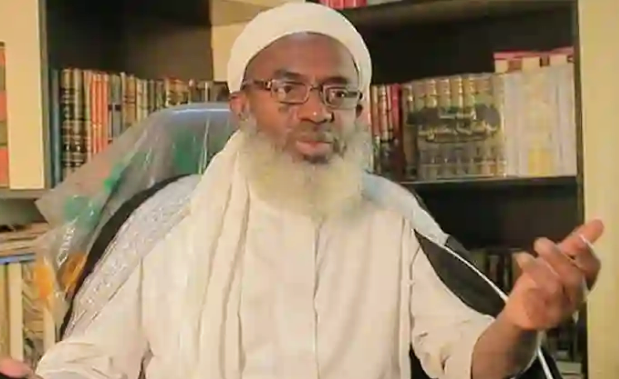 The Sheikh disclosed this when he featured on a programme by the African Independent Television (AIT), Kakaaki.

According to him, terrorists groups such as Boko Haram were now actively involved in kidnappings, especially in Kaduna State.

The cleric who has been involved in negotiating with bandits in various forests in the North said he has been making efforts to secure the release of those abducted from the Federal College of Forestry but needed Government assistance.

Speaking further on the Greenfield abduction, Gumi said the situation was complex, noting that there are two sets of bandits, the ordinary Fulani ethnic herdsmen and the religious elements, terrorists.

He however asserted that with Government help he can go in and bring the students out.

Abductors of the Greenfield students had threatened to kill the remaining students if the ransom of N100 million and ten motorcycles was not paid before Tuesday.

They later released one of the remaining 17 students while the fate of the rest remained uncertain.

Their parents on Tuesday took their plight to the National Assembly which waded into the matter, promising to secure their release.

Read The Sad Story Of Former Arsenal Star Eboue, Who Lost Everything To His White Wife

Curfew: Wike Direct Police to Shutdown all Businesses from 7 pm to 6 am in Rivers State.