The military did not threaten me, I now feel embarrassed after the incident- Ifeyinwa Fidelia

By Dorasky (self media writer) | 1 month ago

Ifeyinwa Fidelia, a serving Corp member who was dehumanised by a Female Military officer in Cross River State, has finally broken silence after she was advised to leave Cross River State for her safety. A few days ago, a female officer, Lt. Chika Viola Anele, was caught on camera punishing the Corp member over an alleged argument. 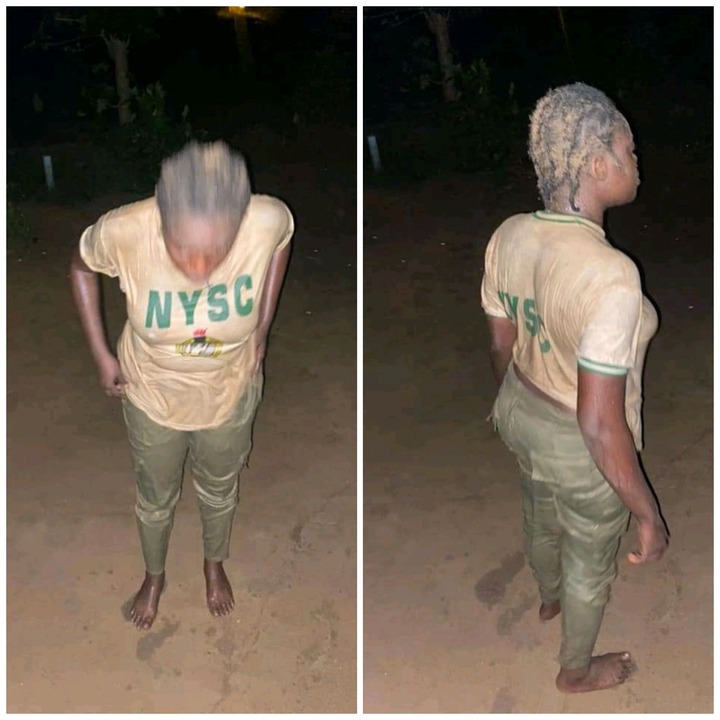 The officer was seen bathing the Corper with an unknown substance while the Corp member was kneeling, after which she then proceeded to hit the Corper with the bowl in her hand. The Video went viral, and the Nigerian Army quickly responded to the incident and assured the general public that the officer has been arrested, and would face the Army Court-martial. However, Corper Fidelia was advised by NYSC to leave the state.

Following her departure, Corper Fidelia had an interview where she talked about the incident. She said that she was happy and relieved that she had left the state because of what happened. And that she has now become popular.

She disclosed that after the incident, the military didn't threaten her to cover the case up, and they were furious at their colleague's behaviour. She added that they didn't tell her not to grant any interview regarding the issue. Corper Fidelia said that ever since the incident happened, she has not been herself, she feels embarrassed anytime she thinks about the issue. When asked how what punishment should be given to the officer, Fidelia said anyhow the government wanted to punish the officer would be okay by her. She also sent some words of advice to her fellow corp members to be of good behaviour, in their various places of primary assignment.

Click here to watch the video of her interview

Meanwhile, the Military has already promised to handle the case, hopefully, in no shortest time, Justice will be done.