Terrorists have abducted 50 locals at Damari community in the Birnin-Gwari Local Government Area of Kaduna State.

The incident which happened on Saturday night forced hundreds of locals to flee the communities. 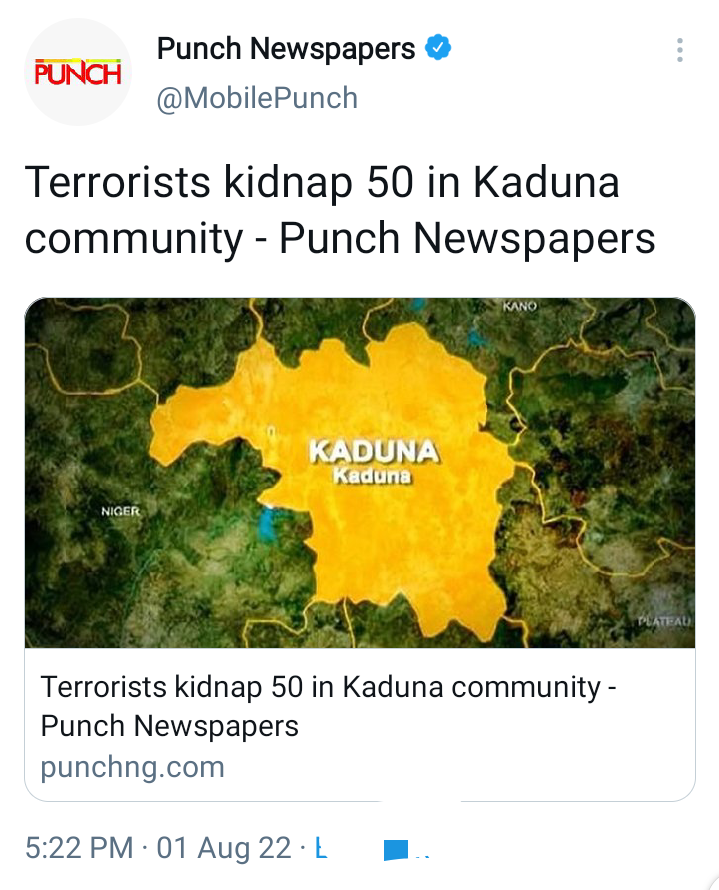 Chairman, Birnin-Gwari Emirate Progressives’ Union, Ishaq Kasai, made this known in a statement on Sunday night.

Kasai noted that in the last five days, relevant authorities, as well as the general public, had been alert on the heartless attacks by terrorists in the community (Damari) following the withdrawal of Ansaru, a splinter group of Boko Haram from the area.

Four persons lost their lives in a fatal auto crash around Ekiugbo axis of the East West road, Delta state. 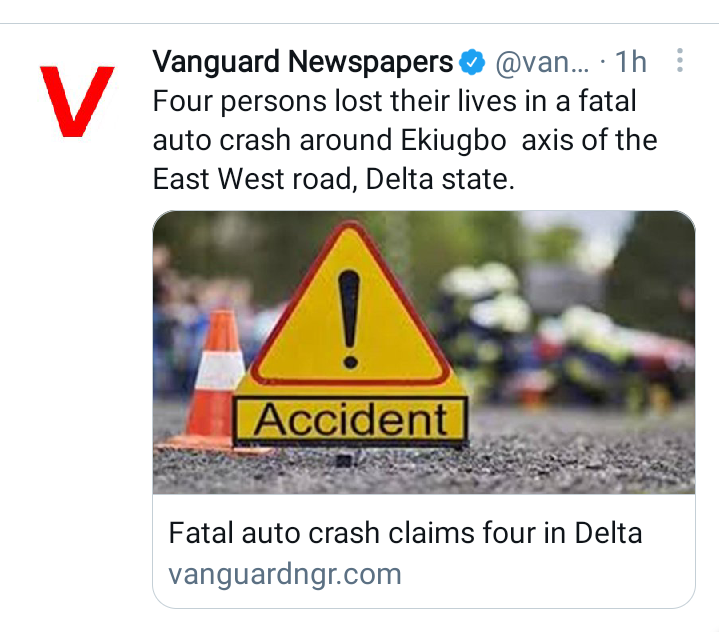 Vanguard gathered that the sad incident occured yesterday when a vehicle allegedly loaded with petroleum product rammed into a stationary truck by the side of the road.

Sources around the scene of the accident said the vehicle conveying the product was escaping from security operatives when the driver suddenly lost control. 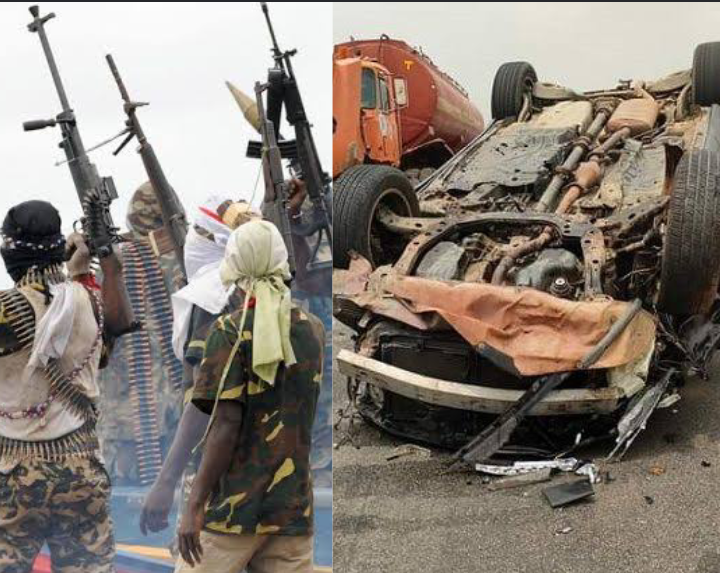 Osun State chapter of the All Progressives Congress on Monday accused members of a faction in the party backed by the Interior Minister, Rauf Aregbesola, of planning a violent protest in the state and Abuja against the state chairman of the party, Prince Gboyega Famoodun. 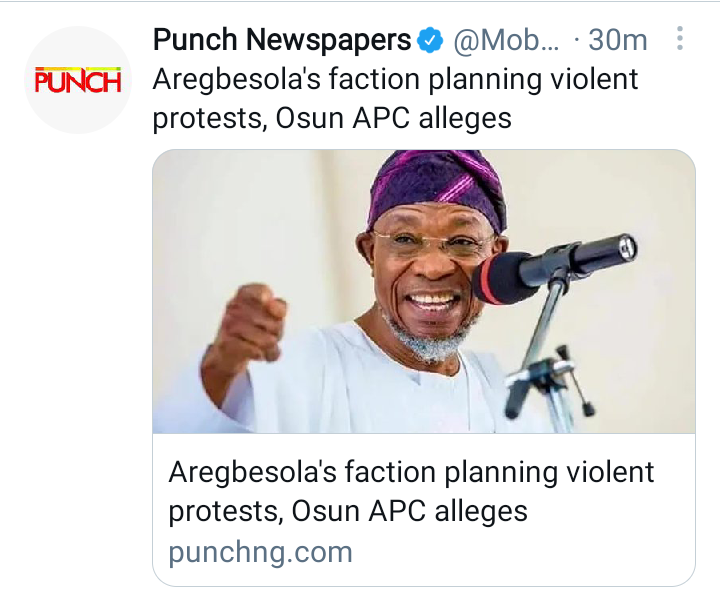 In a statement signed by Kola Olabisi, the Media Adviser to Osun APC chairman, the protesters under the aegis of The Osun Progressives, had concluded plan to promote a large-scale disturbance in the state.

The statement said a leader of TOP from the West Senatorial District of the state had been saddled with the responsibility of mobilizing members of the group across the state and some members of the Peoples Democratic Party with a view to sponsoring series of protests against the state leadership of the APC. 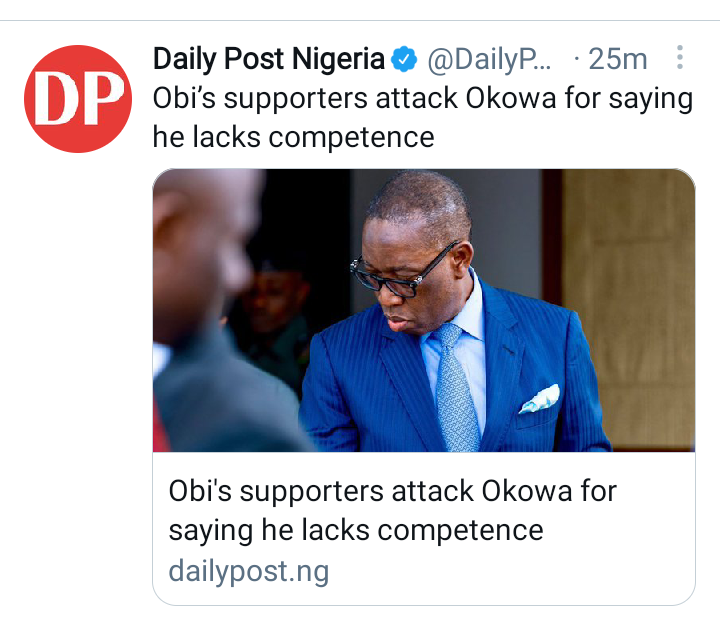 Okowa is the vice presidential candidate of the Peoples Democratic Party, PDP, and running mate to Alhaji Atiku Abubakar.

Okowa had in an interview on Sunday claimed that Obi lacked the necessary experience to govern a country like Nigeria while rating his principal, Atiku over the former governor.