The Police in Imo State have killed three and arrested two suspected members of the proscribed Indigenous People of Biafra, IPOB, in a gun battle in an uncompleted building situated in a valley in Amaifeke, Orlu. 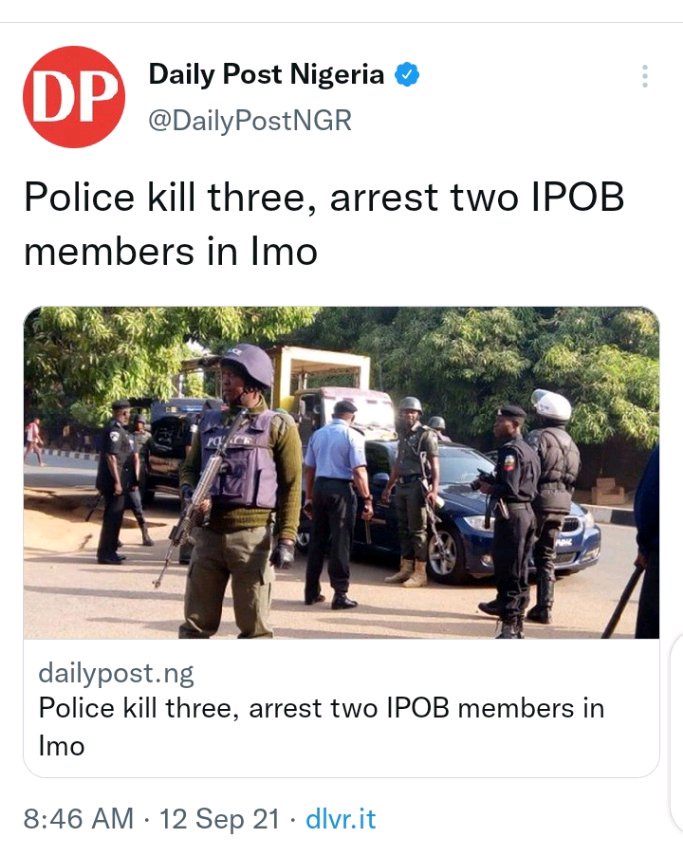 The Commissioner of Police, CP Rabiu Hussaini, made the announcement in a statement signed by the state's spokesperson, Michael Abattam, on Sunday. 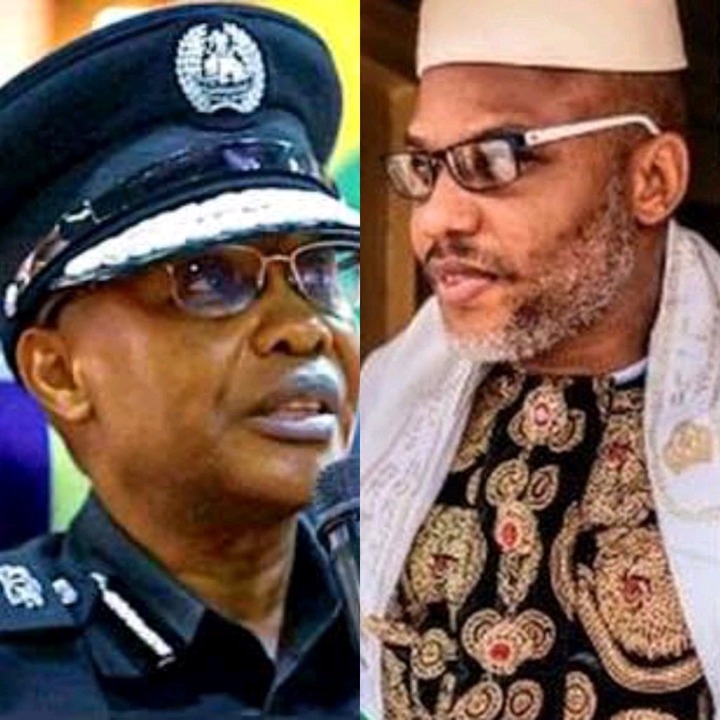 The commissioner said, “After diligent gathering of technical intelligence, that members of the proscribed IPOB/ ESN members were sighted planning to resume terror attacks on police formations and government installations in the state at about 1230 hours, the command’s tactical teams immediately mobilized and stormed the hideout out of the group.”

No Room For Peace Matawalle To Bandits

The Zamfara State Governor, Bello Matawalle, has said the state is no longer interested in dialoguing with bandits as they rejected the olive branch stretched at them earlier. 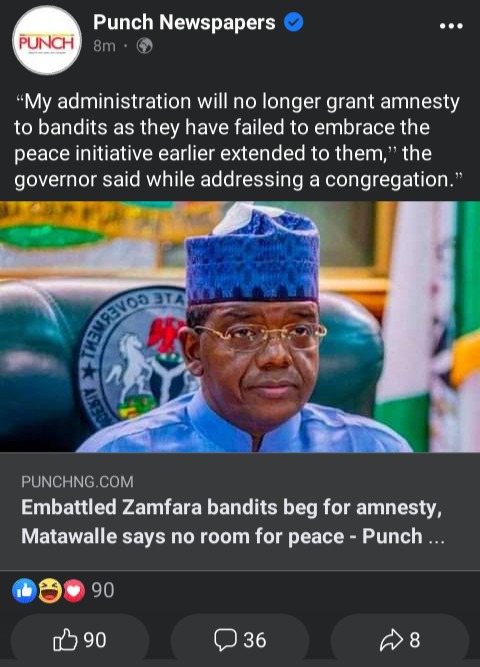 Matawalle, who spoke in Gusau, said bandits in Zamfara forests were already feeling the heat of renewed military airstrikes and had been sending emissaries to the state government, praying for amnesty.

The governor said the bandits’ emissaries informed him that they had repented and would want to dialogue with government.

Matawalle, however, said he had rebuffed the overture, vowing that the only option was for the security forces to flush the bandits out of the state.

It seems to be business as usual for some herders in parts of the southern states especially in the rural areas, as they continue to graze their livestock in the open despite the ban on such activities. 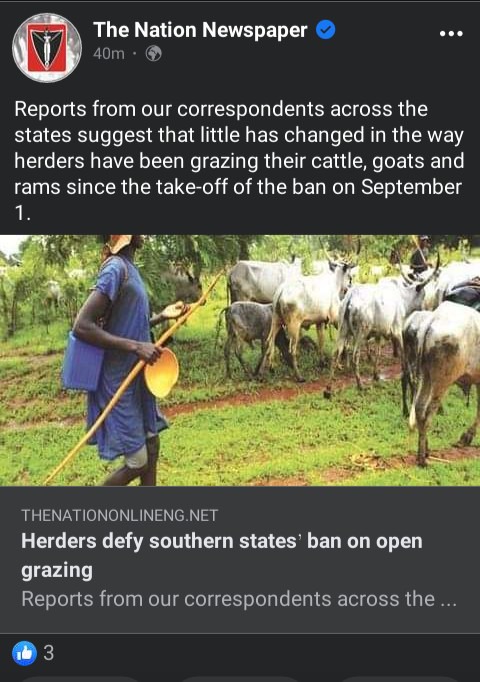 Reports from our correspondents across the states suggest that little has changed in the way herders have been grazing their cattle , goats and rams since the take-off of the ban on September 1.

The only exception so far is Ondo State where the State Security Network – Amotekun – on Thursday arrested three herdsmen and 56 cows for allegedly violating the anti-grazing law.

The suspects were arrested at Iwara, a community in Ikare Akoko, headquarters of Akoko North East Local Government, after allegedly destroying a farmland. 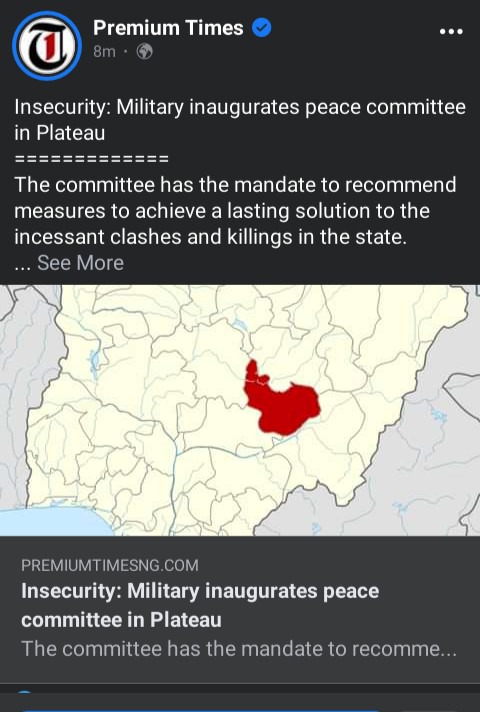 Ishaku Takwa, its media officer, said in a statement that its commander, Ibrahim Ali, inaugurated the committee on Saturday in Jos.

According to the statement, the committee has the mandate to recommend measures to achieve a lasting solution to the incessant clashes and killings in the state.

Governor Ahmadu Fintiri, Chairman of the Peoples Democratic Party Convention Committee, has said the party has excelled better than the ruling All Progressive Congress and other political parties in dealing with its own internal party crisis. 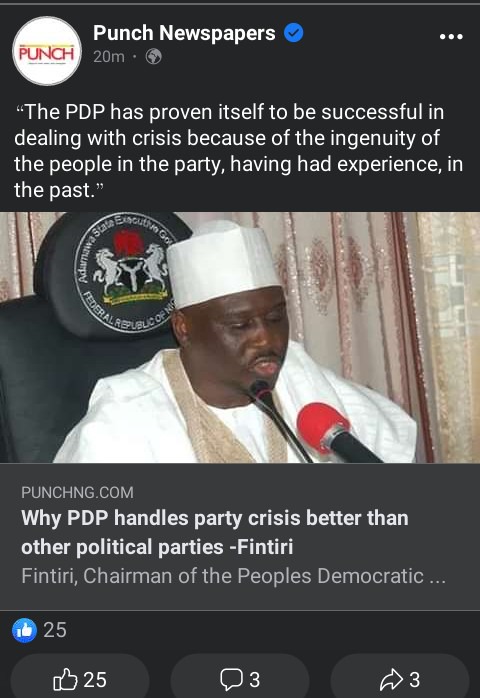 Governor Fintiri disclosed this upon his return to Yola from the National Executive Committee meeting of the PDP, on Saturday, following his appointment and swearing-in as chairman of the PDP convention committee.

He said Nigerians expect the party to field an intelligent and vibrant president come 2023 and therefore has to get the convention right.