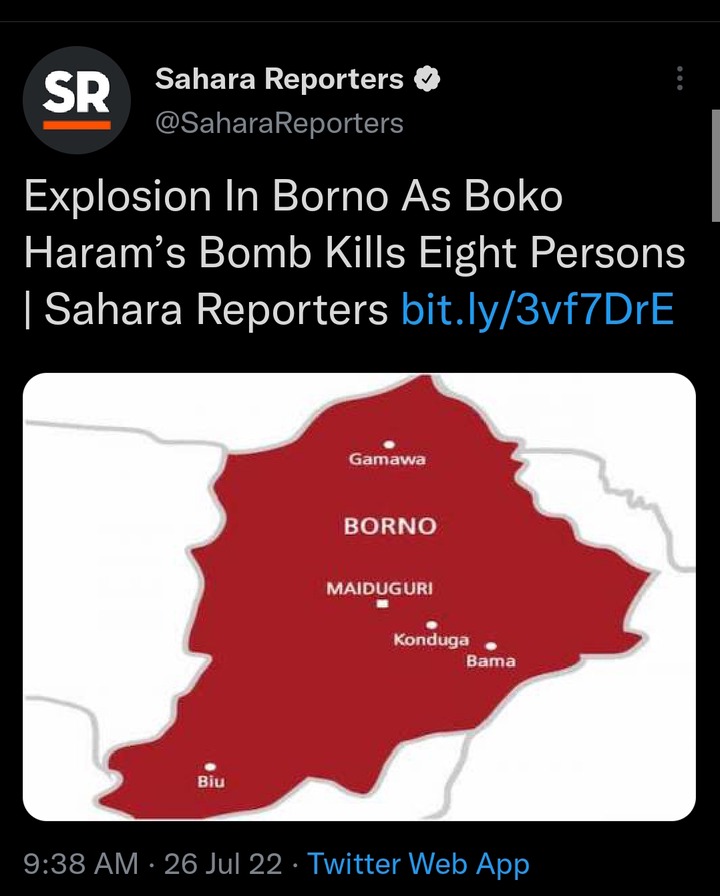 Eight persons were on Monday killed after an Improvised Explosive Device (IED) planted by the Boko Haram terrorists exploded in the North-East of the Bama Local Government Area of Borno State.

The men, said to be repentant Boko Haram members, reportedly sneaked out of Bama to deal in scrap metals with some terrorists in a market known as ‘Daula’ on the outskirts of Goniri village before the incident happened. 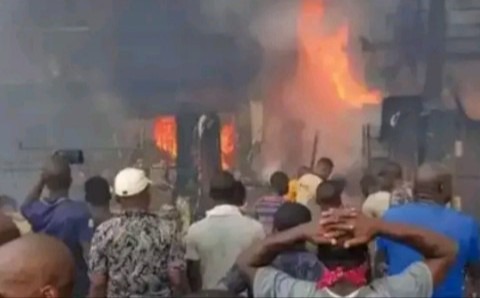 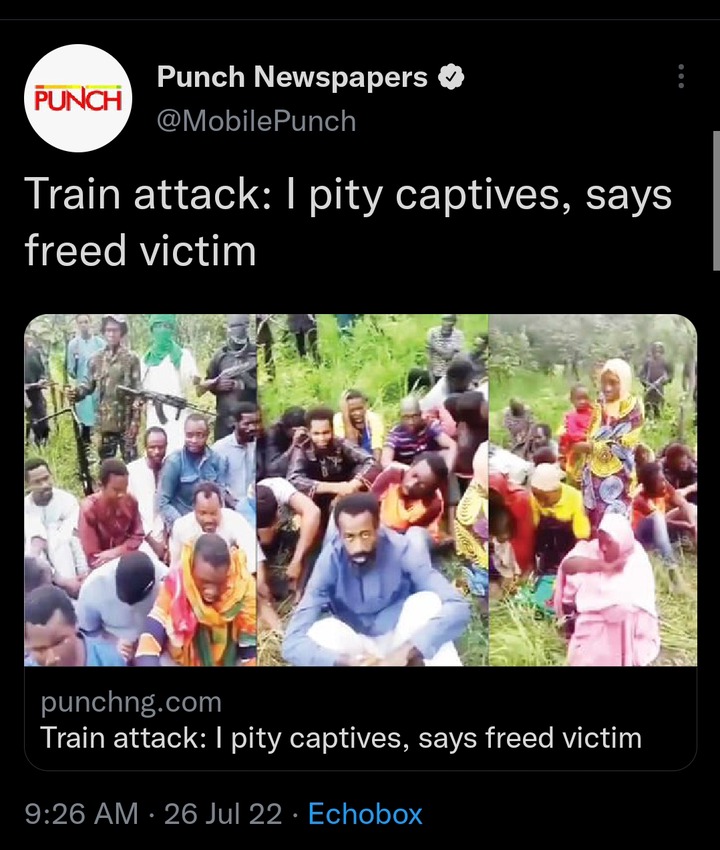 Hassan Usman, a lawyer and one of the abducted victims of the Abuja-Kaduna train attack, said he pitied those still in captivity.

This is because they were being beaten by the terrorists believed to be members of the Islamic State of West African Province.

Usman while speaking in an interview with the Hausa Service of the British Broadcasting Corporation, expressed gratitude to God for regaining his freedom. 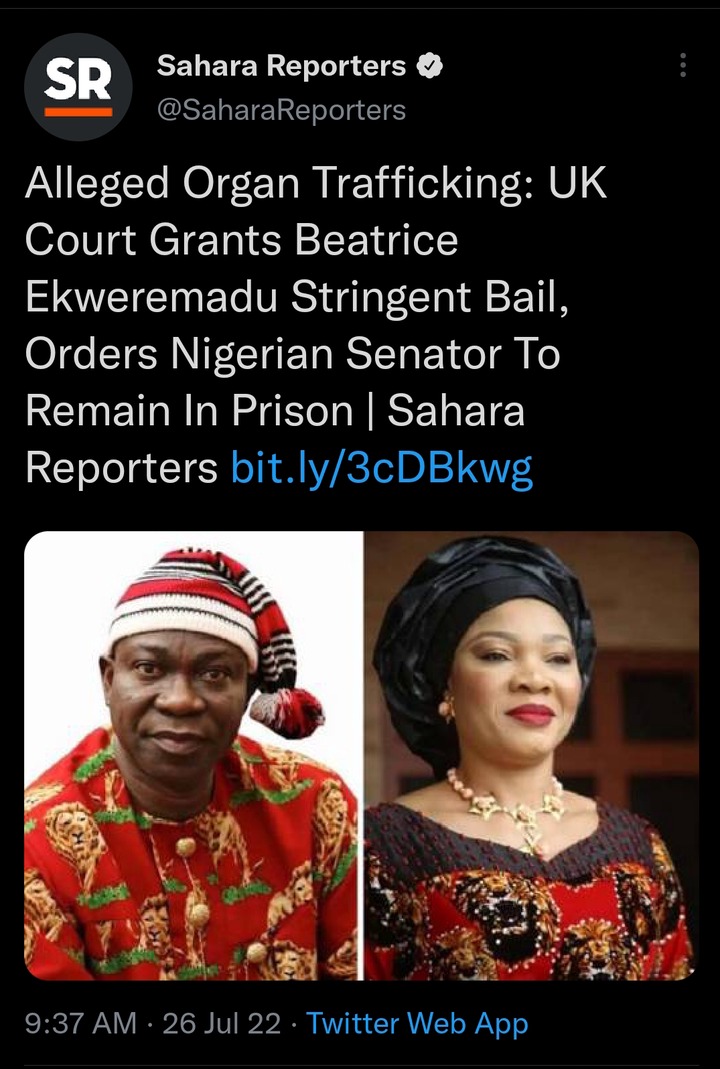 Beatrice Ekweremadu was granted bail by the London court on Monday, over a month after she was held by the UK police on charges of human trafficking and organ harvesting.

Ekweremadu was arrested alongside her husband on June 23 by the police, claiming they tried to traffic a minor to illegally harvest his organ.

The claim that the alleged victim was subsequently debunked after passports, national ID and other documents showed the person as 21. 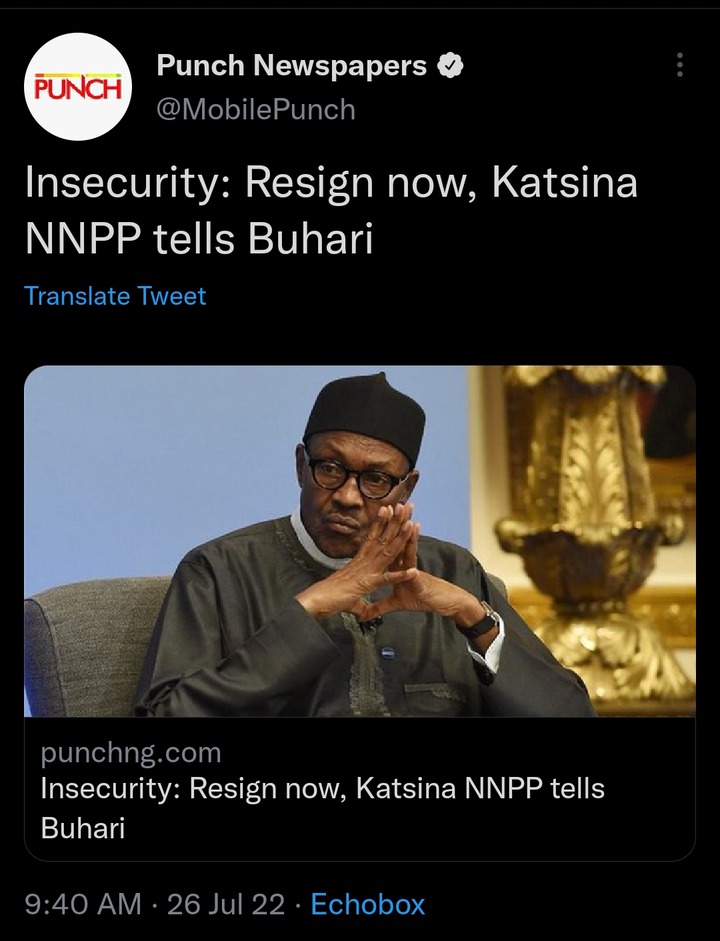 The Katsina State chapter of the New Nigeria Peoples Party has called on the President, Major-General Muhammadu Buhari (retd.), to resign immediately over his inability to secure the country.

The state Chairman of the NNPP, Sani Litti, who made the call at a press conference in Katsina on Monday, alleged that no fewer than 50,000 Nigerians had lost their lives to banditry from 2015 to date.

The chairman, therefore, charged members of the National Assembly to commence the impeachment of the President if he refused to resign. 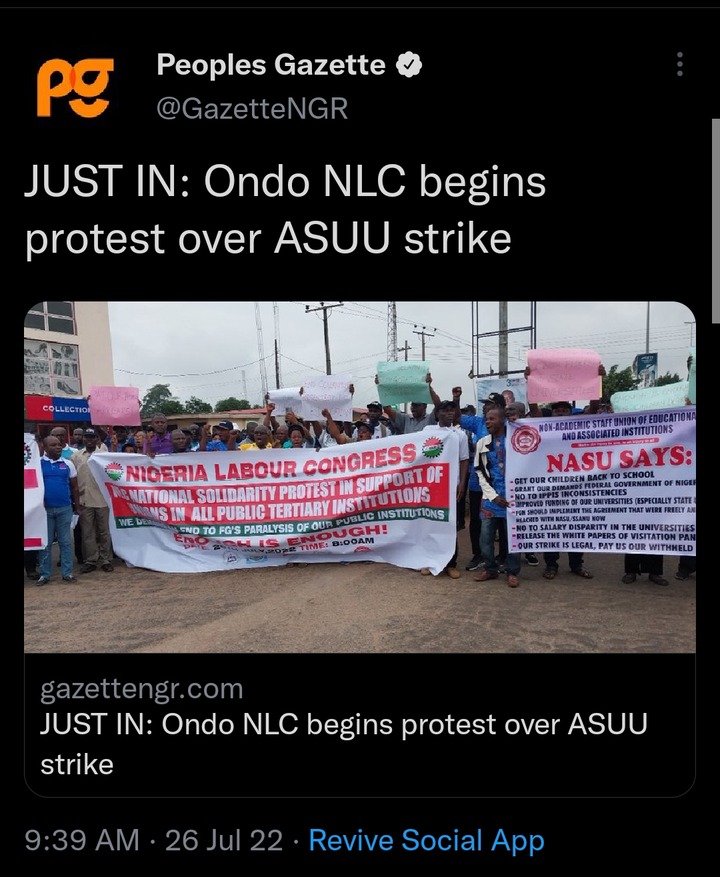 The Nigeria Labour Congress (NLC) in Ondo have began demonstration in line with the nationwide strike called by the national body of the Union to press home demands for quick resolution of the lingering ASUU strike that that kept Nigerian public universities shut for months.

Members of the NLC, with other affiliated unions from Federal University of Technology Akure (FUTA), such as Non-Academic Staff Union (NASU), Senior Staff Association of Nigerian Universities (SSANU), Construction Workers’ Union, in Ondo are already trooping the street of the state capital, Akure.

The labour movement had converged at the Adegbemile Cultural Centre in Akure, Ondo state capital to address the protesting members.