By ChungleeWrites2 (self media writer) | 10 months ago 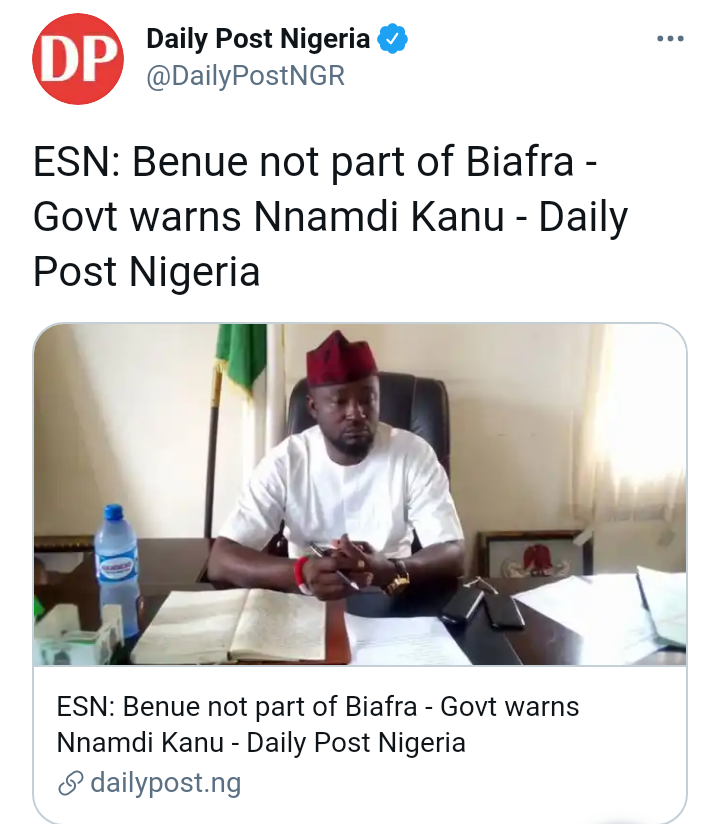 Nnamdi Kanu, leader of the Indigenous People of Biafra (IPOB) and the Eastern Security Network (ESN) have been warned to steer clear of Benue State.

This followed the recent threat by Kanu to send ESN members to protect Igbo people living in Benue.

Kanu identified Ado and Oju Local Government Areas as places that need the presence of ESN.

The Chairman, James Oche, told reporters on Saturday that the territorial integrity of the state would never be a subject of Biafra agitation.

He cautioned proponents of Kanu’s “inordinate ideology” in Benue to desist or face the wrath of the law. 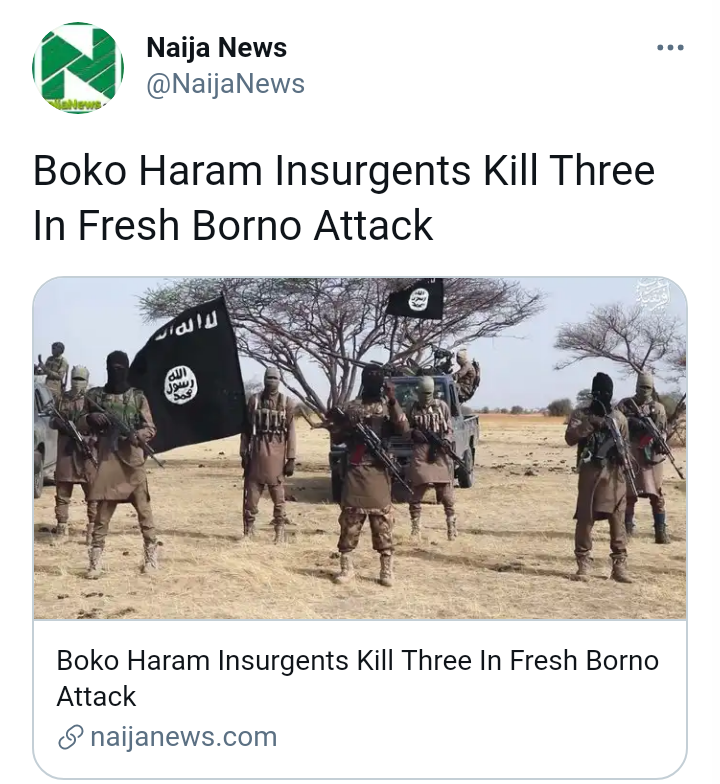 Gunmen suspected to be Boko Haram terrorists on Saturday evening attacked Rumirgo community of Askira Uba Local Government Area of Borno State, killing a security personnel and some other civilians.

It was gathered that the insurgents stormed the settlement at about 7 pm on Saturday and also carted away a tanker loaded with Premium Motor Spirit (PMS) also known as petrol.

One Security Force (SF) was killed, two civilians were also killed and a woman sustained a gunshot injury.

“The insurgents also took away one petrol tanker loaded with fuel to their base into Sambisa forest.”

All efforts to get confirmation from the Police Public Relations Officer, DSP Eket Odon proved abortive at press time.

Rumirgo is one of the communities in Southern Borno Senatorial District that had witnessed a series of deadly attacks by insurgents in recent past.

Askira Uba Council Area is about a 240km drive from Maiduguri, the state capital in which some parts of its locations share a border with sambisa forests, a hideout of Boko Haram sect. 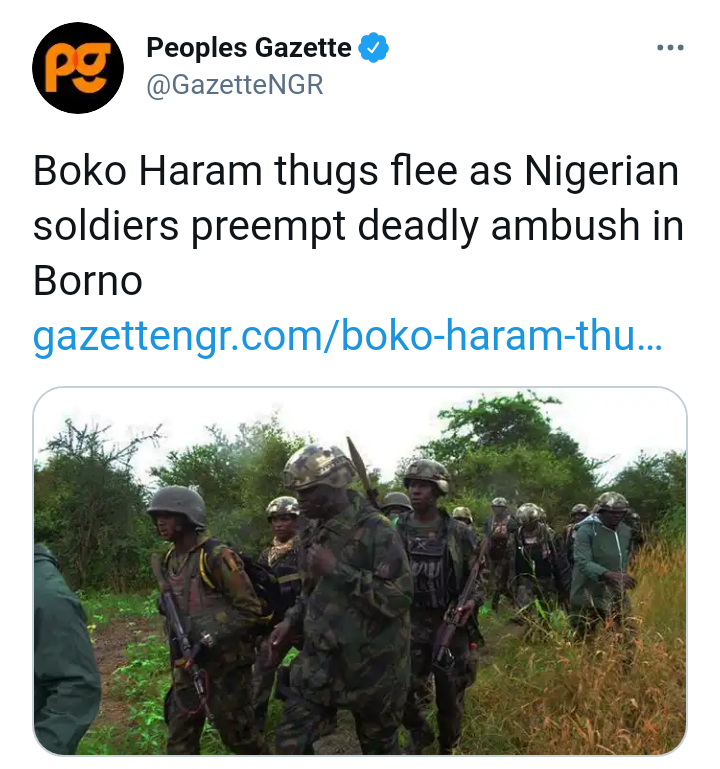 At least two Boko Haram operatives were killed in a mid-week gunfight as Nigerian soldiers successfully repelled a blitz attack by the insurgents in Borno, an army memo said.

The internal army communication seen by Peoples Gazette Saturday said the terrorists who came in four gun trucks and armed with other sophisticated military hardware were swiftly engaged by troops of Operation Lafiya Dole and Tura Takaibango — the army’s elite anti-terrorism units on Wednesday in Alagano village, in Damboa Local Government Area of the state.

No soldiers were lost in the botched attack. Three army personnel, however, sustained minor injuries, the memo stated.

An army spokesman did not return a Saturday afternoon message seeking comments about the attack.

Boko Haram has remained on the offensive, launching vicious attacks against the Nigerian military, as the tussle for control over the troubled Northeast persists. 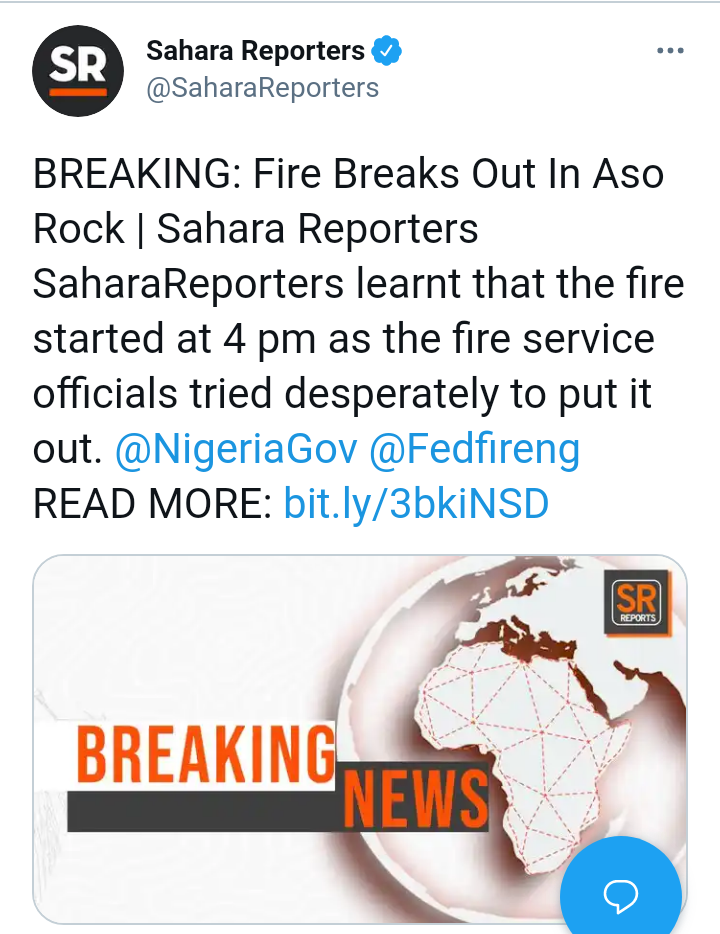 A fire outbreak has been reported at the Presidential Villa in Aso Rock, Abuja, causing confusion among workers in President Muhammadu Buhari's house.

SaharaReporters learnt that the fire started at 4 pm as the fire service officials tried desperately to put it out.

Although the cause of the fire is not yet known, fire service trucks have moved in and were seen in the villa. 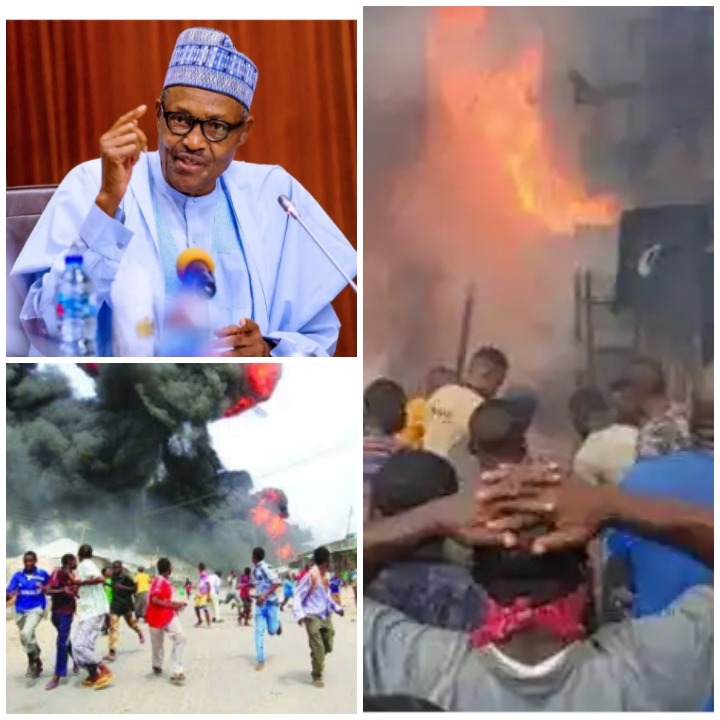