Oil tanker attack: Israel Foreign Minister says there will be a backlash against Iran.

Israel has accused Iran of carrying out a drone strike on an oil tanker belonging to an Israeli oil company on Thursday off the coast of Oman in the Arabian Sea. 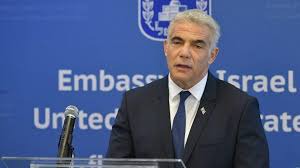 The attack killed two people on board, a British and a Romanian, while the tanker was traveling between Tanzania and the United Arab Emirates.

Israel's foreign minister says he has told his British counterpart Dominic Raab that there will be a backlash against Iran.

the London-based ship Zodiac Maritime, owned by London-based billionaire Eyal Ofer, the MV Mercer Street, which he said was trying to find out how the attack took place,

Iran has not claimed responsibility for the attack on Israel, and it is clear that Israel and Iran are indirectly involved in the war, because they are not transparent. 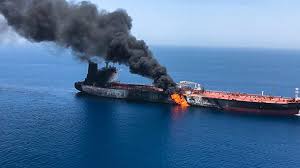 The bomber struck shortly after noon in front of a U.S. military base. was during a flight between Tanzania and the United Arab Emirates off the coast of Oman in the Arabian Sea.

In a statement, Israeli Foreign Minister Yair Lapid on Friday blamed the attack on Iran, saying Iran was not a problem for Israel and the world should not remain silent about it.

In recent months, there have been a number of similar attacks on ships operated by either Israel or Iran, with both countries accusing each other of colluding.

However, Thursday's attack was "horrific" as two people were killed during his tenure. 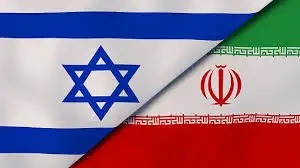 That is why Israeli Foreign Minister Yair Lapad has called for a negative response, saying he was in talks with his British counterpart, Dominic Raab. The matter will be brought before the United Nations.

A British government spokesman said the government was working to gather information on the incident.

Although the Iranian government has not officially commented, an unnamed Arab television station has reported that the attack was in retaliation for an alleged Israeli attack on an airport. up in Syria, which is close to Iran.

Israel, meanwhile, has been quoted by an unnamed official as saying it was "impossible" to turn a blind eye to the attack without retaliation.