Panic in Kwara as Fulani leader was shot dead in his room by unknown gunmen.

Lamba Village in Asa local government area of Kwara state was invaded by suspected assassin's on the early hours of Wednesday morning. This invasion resulted to the assassination of one Alhaji Abdulahi Hardo-Buruku who was a Fulani leader.

Reports from The Punch reveals that the victim popularity known as Alhaji Malam was assassinated while he was still sleeping in his room.

A resident confirmed that the suspected assailants invaded the town around 12 midnight and scared people away by shooting sporadically in the air before entering into the Alhaji Malam's house.

"The victim was shot on the spot", the resident said.

Aina'u Hardo-Buruku, the victim's sister confirmed that her brother was murdered in his bedroom.

The deceased was the chairman of Gan Fulani Development Association of Nigeria, Kwara state branch before his assassination. Abdullahi(deceased) was the eldest son of late Sarkin Fulani of Kwara state, Alhaji Mu'azu Hardo-Buruku.

The public relations officer of the Nigeria Security and civil defense corps Kwara state, Babawale Afolabi confirmed that only the deceased was shot dead. Afolabi also confirmed that the assailants did not take anything from Alhaji Malam's house but they broke into some shops and took drinks. 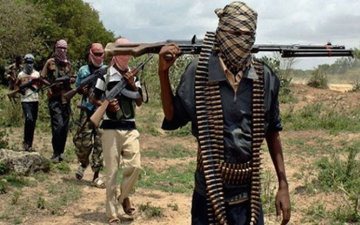