Scores of hoodlums suspected to be members of the Indigenous People of Biafra (IPOB) were on Thursday killed by soldiers in Arochukwu, Abia State. 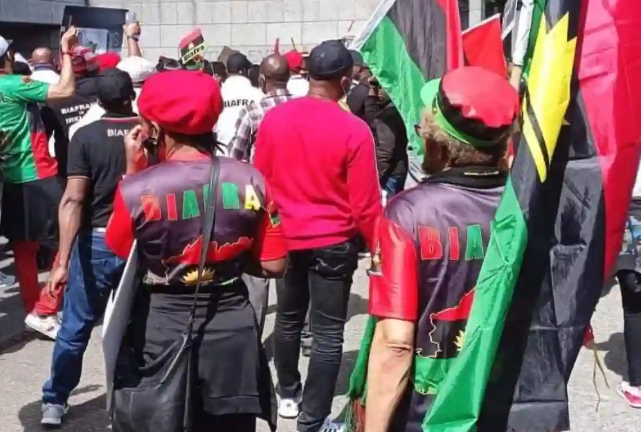 The hoodlums reportedly assembled in their hundreds, armed with guns and cutlasses in a bid to enforce the sit-at-home order issued by the proscribed group in protest against the continued detention of its leader, Mazi Nnamdi Kanu.

Kanu is facing amended seven count charges bordering on treasonable felony and terrorism at the Federal High Court in Abuja. A national daily, Vanguard reports that the IPOB leader pleaded not guilty to the charges. His plea to be transferred to a correctional facility was denied and he was ordered returned to the custody of the Department of State Services (DSS).

The Abia State Commissioner of Police, CP Janet Agbede, in a statement said some suspected IPOB members protesting Kanu's trial harassed residents and later attacked some soldiers before they were dispersed by the superior firepower of the troops. Scores of the hoodlums were neutralized while others fled with bullet wounds. The statement urged residents to report to the nearest police station or any law enforcement agency anyone seen with bullet wounds.

Meanwhile the incident has reportedly hightened tension in the State with fears of a reprisal attack by members of the proscribed group.

Add your opinion on this in comments section below and kindly share.