The Nigerian Air Force(NAF) has rebutted a publication made by a U.S. based media outfit wherein it was stated that the former paid ₦20 million to bandits operating around Zamfara State, Kaduna State and President Muhammadu Buhari's home State of Katsina.

According to the Wall Street Journal, it said in its report that the Nigeria Air Force had paid ₦20 million ransom to bandits operating in these states with a view to pacifying them to release an anti-aircraft gun that was seized from the Nigeria Army.

The report further said that the Nigeria Air Force cancelled the deal it had initially had with the bandits after President Muhammadu Buhari's visit to his home state of Katsina.

The US news outlet also said in its report that the ₦20 million was handed over to the bandits in their hideouts situated in the Rugu Forest by an unnamed Nigeria Air Force officer who later leaked out the said deal, adding that the military came to term with the reality that it would be too dangerous to abandon such lethal weapon in the hands of criminal bandits operating in area where presidential jet would sky over.

“The mission to buy back the anti-aircraft gun began with a hand off from a high-ranking air force intelligence officer in the capital Abuja: a black zip-up bag he said was full of 20 million Nigerian naira,” the paper reported, after stating that such military hardware in the hands of bandits “posed a threat to President Muhammadu Buhari, who had been planning to fly to his hometown about 80 miles away.”

But in a reply to the Wall Street Journal report above, the Nigeria Air Force says it is a lie and that there was no deal of such between them and the said bandits. 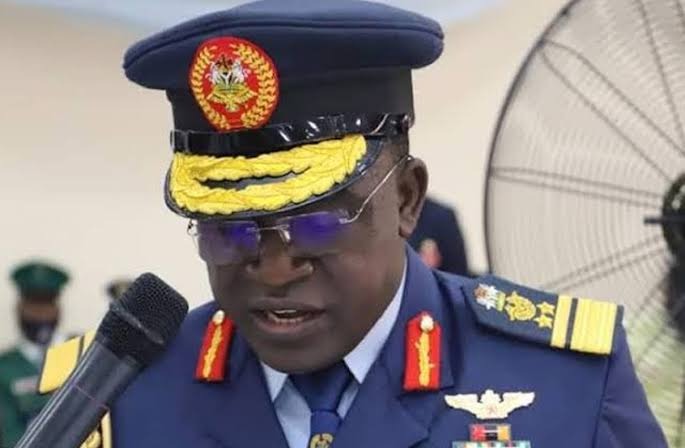 According to a statement made by the Nigeria Air Force spokesman, Air Commodore Edward Gabkwet, says there was no iota of truth in the report.

The rebuttal from the Nigeria Air Force was contained in a statement on Sunday titled, "NAF Did Not Make Any Payment to Bandits in Exchange for weapons."

The NAF described such allegations as spurious targeted at casting smear campaign against the Force especially its good image, adding that the said report is false and should be disregarded by members of the public as fake news.

“For the avoidance of doubt, it must be stated that there is no basis for the NAF to pay bandits or any criminal elements that it has continued to attack and decimate in Katsina State, other parts of the North-West as well as other Theatres of Operation in the Country,” Air Commodore Edward Gabkwet had said.