The minister of Information and Culture, Lai Mohammed has dubbed the "Lekki tollgate" incident as "fake news". According to him, while addressing a press conference in Abuja on Wednesday, being today, the 20th of October, 2021. 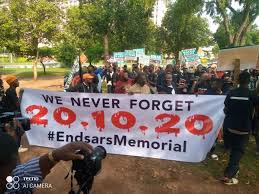 He called the incident a "phantom massacre", since there were no dead bodies to confirm the killings. He also pointed out that no family came forward to say they lost someone that night.

Now, the problem with his assertion is that, it contradicts two high profile reports.

Governor Sanwo-Olu of Lagos State, in whose state the actual event took place came out to confirm the attack and the death of some Nigerians.

Though he disagreed with popular reports on the number of deaths, he officially confirmed two deaths, and many injuries. Even two deaths directly contradicts Lai Mohammed's statement.

Lai Mohammed's position technically means he is calling anyone holding a contrary view a liar and a propagandist.

The CNN categorically stated that the Nigerian Army was there, and that live bullets were used. They also confirmed deaths too.

The Nigerian government threatened them with a lawsuit, but that was the last of it. Lai Mohammed just called them liars and propagandists, but that is not enough to counter their reports.

The question now is, how can these two reports decide to conspire and come out with such a propaganda?. What did Sanwo-Olu have to gain by admitting the fateful night happened?. These are questions that the minister of information needs to address as he embarks on the journey of convincing Nigerians that that night was fake. He has a long way to go, towards convincing those who witnessed the night that they were just dreaming. 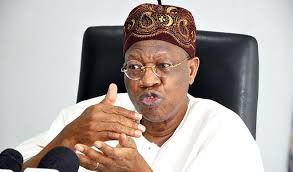 For the sake of national security and national interest, Lai Mohammed coming out to deny the Lekki incidence is the wrong move. The best move would have been for him to make calming statements. 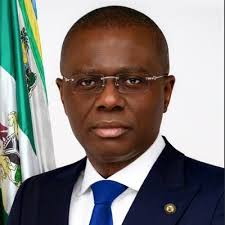 Not only is his denial a contradiction to other authorities, it is also not one that can engender peace. He should not have made the statement at all, as it is akin to insulting the memories of the dead and trivializing the pains of Nigerians on the streets today.