By HeadlineNews (self media writer) | 6 months ago

The Nigerian Army is certainly winning the war against insurgency as evidenced by numerous events in the past months. While thousands of insurgents having been surrendering, numerous more have been killed by gallant troops. 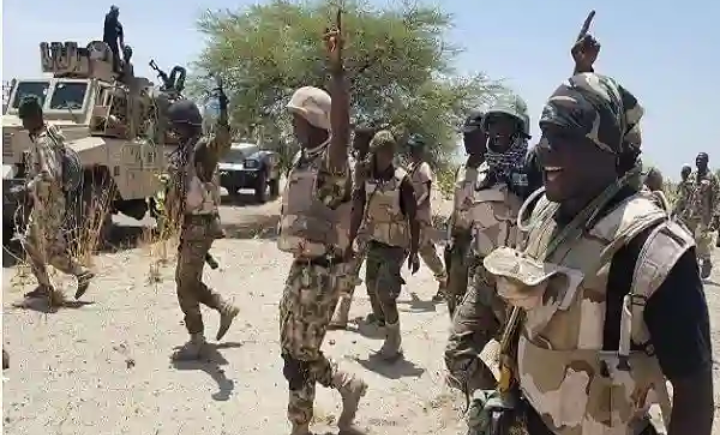 In a matter of months, the dreaded Islamic State in West Africa Province (ISWAP) terrorist group lost two of its leaders due to intelligence and tactical operations by Nigeria's security agencies.

The Chief of Defense Staff, CDS, Lucky Irabor had last week disclosed that ISWAP leader, Abu Musab Al-barnawi was eliminated by the military.

A week later, the National Security Adviser, General Babagana Monguno (retd) said the man who succeeded Al-Barnawi, one Malam Bako and a prominent leader of the Shura Council of the terrorist group have equally been sent to their maker.

According to Monguno ISWAP has now been thrown into crisis as the terrorists struggle with trust issues, conflicts, mutual suspicion, amongst other things in an effort to establish a leadership structure.

"They are also contending with leadership crisis. You know these things are also accompanied with inherent issues of trust, conflicts, mutual suspicion and other things," he said.

The operations being conducted by the armed forces in the Northern parts of the country, the NSA asserted, is putting pressure on ISWAP, Boko Haram and other criminal elements in the region.

We commend our troops and urge that they sustain the tempo.

Add your opinion in comments section below and share.