Operation Damisa And The Late Sardauna Of Sokoto (Ahmadu Bello).

By FrankChukwu (self media writer) | 13 days ago

Operation Damisa, is the military term which is used to denote the assassination of the Sardauna of Sokoto and the premier of the Northern region by Major Gen. Kaduna Nzeogwu in January 1966. 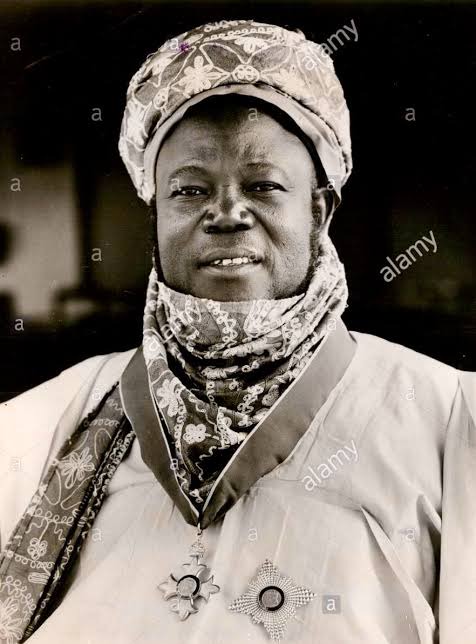 As Major General Kaduna Nzeogwu approached the adjoining rooms of the residence where the man was leading them to, he heard screams and cries of women and children.

“Where is the Sardauna?” Nzeogwu shouted. But the women would not allow him to move, and even the children were clinging to their mothers.

At last, the premier managed to wriggle himself free of his many wives but the eldest, Hafsatu, held on to him as he spoke.

“I am Ahmadu Bello, the Sardauna of Sokoto and the premier of the” with those words, Nzeogwu shot thrice at him; a bullet hitting his jaw, his wife Hafsatu and his babaringa which penetrated his lower abdomen and lodged in his spinal cord.

The Sardauna and his wife fell with a loud thud to the ground and died on the spot. It was music to Nzeogwu’s ears, the mission had been accomplished. He has satisfied his lust for blood and his enraged eyes is returning back to their former calm state. He blew the whistle to signal the end of the mission. Operation Damisa had finally come to an end.

As he approached the gate, he met waribor and his men of the Charlie company.

”Dis you get the man?” Waribor asked.

”Yes I got him,” Nzeogwu answered assuredly. He turned to the rest of the soldiers after he had got out of the gate and spoke triumphantly, “I have been successful, he is dead”.

With that, they packed their remnants, got inside their Landrovers and proceeded to the next mission unchallenged, leaving the residence of the Sardauna in glory of its former self. It was 2:45am in the morning, and the harshness of the harmattan had just begun.