2 Mistakes Nigeria Must Avoid To Continue Winning War Against Insurgents

By ThrillsNewz (self media writer) | 28 days ago

The issue of Insurgency has pitted neighbor against neighbor, cost lives, displaced close to half a million, destroyed hundreds of schools and government buildings, and devastated an already ravaged economy in most regions in Nigeria.

Since 2011, Boko Haram, one of the largest Islamist militant groups in Africa has conducted terrorist attacks on religious and political groups, local police, and the military, as well as indiscriminately attacking civilians in busy markets and villages.

The issue of Boko Haram is both a serious challenge and manifestation of more profound threats to Nigeria’s security, which is why Nigeria must avoid these two mistakes if they must continue winning the war against insurgents.

1. Nigeria must not allow any group to start any security fighting all in the name to fight corruption. 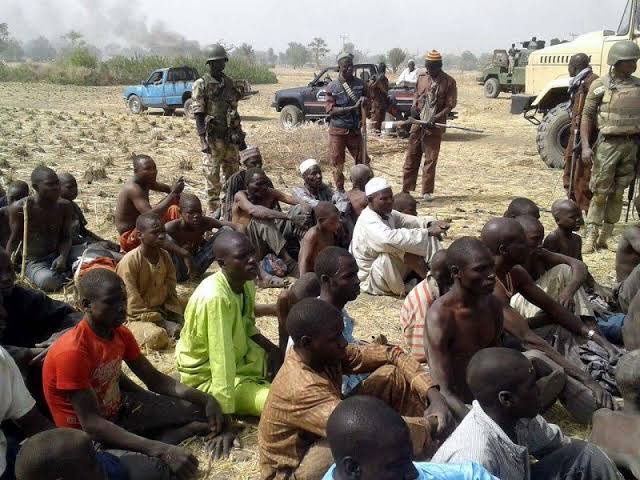 Before now, the group’s (Boko Haram) initial proclaimed intent was to uproot the corruption and injustice in Nigeria, which it blamed on Western influences, and to impose Shariah, or Islamic law.

Later the group vowed to avenge the deaths of Yusuf and other group members, who were killed by security forces in 2009. That was how the killings and terrorism started expanding in Nigeria.

2. The repented Boko Haram members should be watched.

We are currently witnessing the large-scale surrender of a large number of Boko Haram insurgents, among whom are bomb makers, commanders, arsonists, rapists, and child snatchers, which is why Nigerians must be very watchful of them so it doesn't turn out to be another camp of crime peddlers.

Although many have condemned the federal government’s move to rehabilitate and reintegrate the repentant insurgents back into society, I think, there should be proper profiling of the repentant Boko Haram insurgents to avoid the hasty release of hardening elements to the larger society.

What do you think about this article? Feel free to drop your comments.