Mark Amaza, a popular Nigerian Twitter user who is also a social media advocate of unity and true federalism, took to his verified social media account to reply a conspiracy theorist who was taking undue advantage of the missing Nigerian Airforce jet to fan embers of disunity. 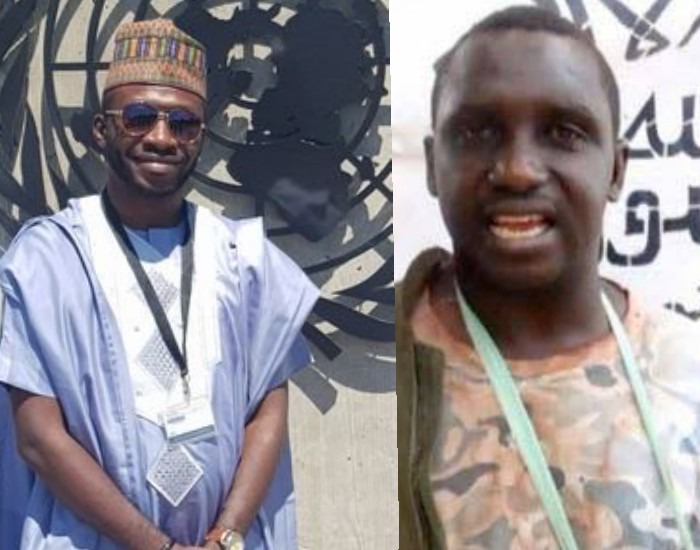 Lieutenant John Abolarinwa and Flight Lieutenant Ebiakpo Chapele, the officers in the missing aircraft are reportedly from the southern part of Nigeria, and some people are already taking advantage of their place of origin to push false conspiracy theories. A Twitter user named Ehimen is one such people.

Ehimen tried to suggest that only officers from the southern part of the country are involved in military aircraft related death caused by Boko Haram, a claim that was immediately proven to be false by Mark Amaza. 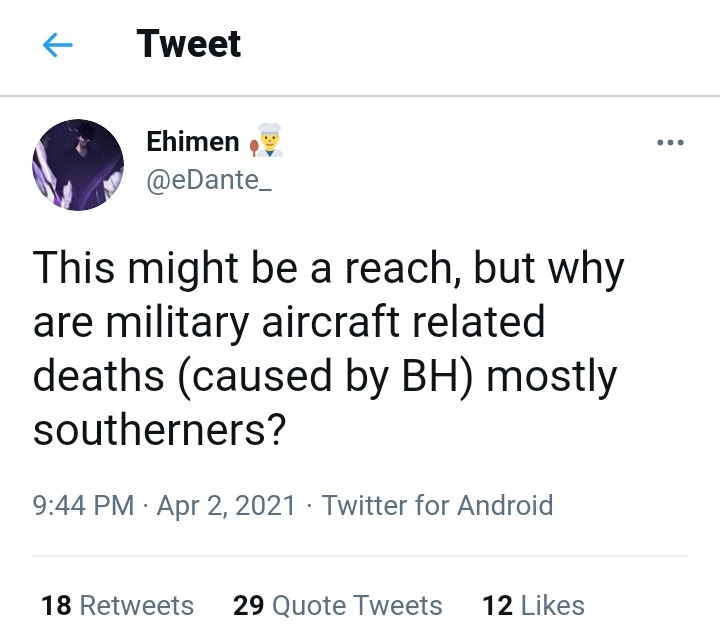 In reply to Ehimen false theory, Mark Amaza took us back to the ugly case of Commander Chimda Hedima, a Nigerian Airforce pilot who was captured and killed by Boko Haram in 2014. 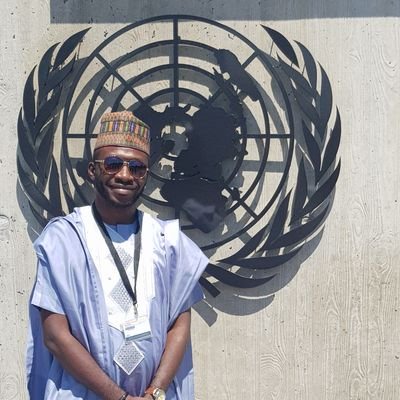 Mark Amaza concluded by asking if Ehimen thinks Boko Haram care about North or South in their insanity? 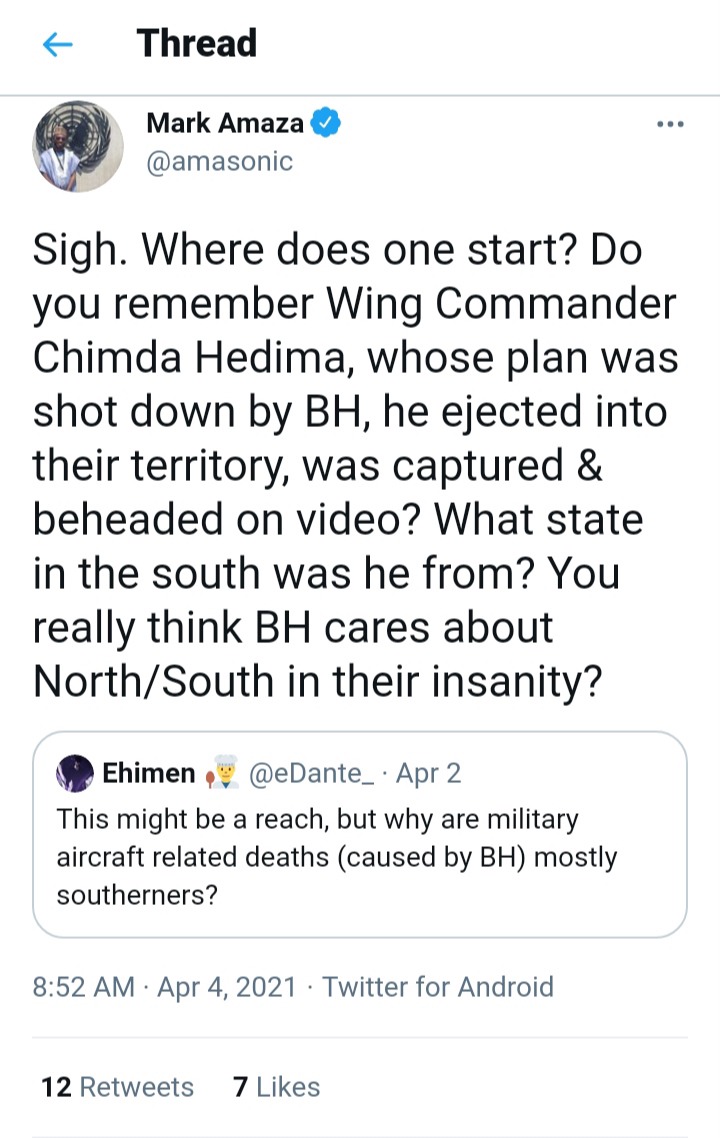 Commander Chimda Hedima jet reportedly came down in the heart of rebel-held territory and he was captured by Boko Haram terrorist, before a video was released that showed how he was murdered. 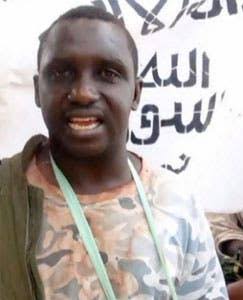 We should all remember that Boko Haram does not favour any ethnic group in their fight against humanity.

Like Mark Amaza have already pointed out, all well meaning Nigerians should be united against terrorists instead of creating unnecessary division among ourselves.

"Buhari Has Been A Threat To French West Africa, We Must Be Careful", Adamu Warns Protocol Officers