By Meziechin (self media writer) | 1 year ago 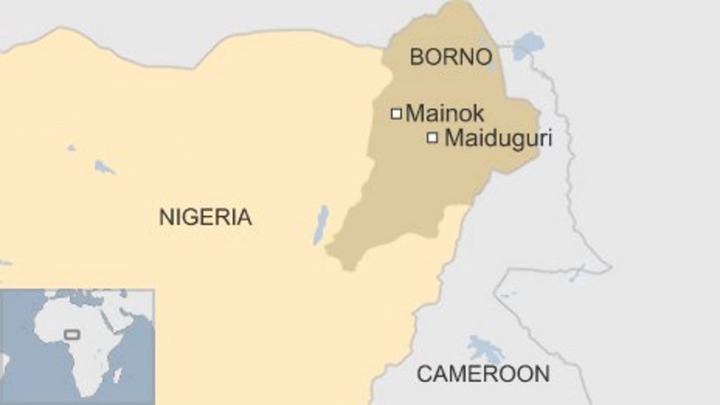 Scores of fighters in no fewer than 15 gun trucks stormed the military base on Sunday afternoon, April 23rd, before pulling back in the face of intense fighting and airstrikes by the Nigerian military.

After several hours of intense fighting, the Nigerian troops, overwhelmed due to ISWAP's superior firepower, called in airstrikes.

The insurgents probably stormed the military base to kill Nigerian soldiers and loot their arms and ammunition. During the attack, ‪the militants burnt a Nigerian army tanker and some buildings within the military base.

Apart from attacking the military base, ISWAP fighters burnt a police station, set houses ablaze and looted several shops in the town.

Mainok is roughly 55 km (30 miles) west of Maiduguri, the capital of Borno state. It is one of the red spots along the Maiduguri/Damaturu highway, which links Borno state with other parts of Nigeria.

Timeline of Major Attacks Against Nigerian Soldiers in 2021

Since the beginning of 2021, ISWAP and other militant groups have targeted and killed several Nigerian soldiers.

January 11th: ISWAP fighters killed over 13 Nigerian soldiers during an ambush in the village of Gazagana, Yobe State.

January 17th: An IED attack occurred against a Nigerian army convoy of APCs and other vehicles, killing 30 soldiers in Gorgi, Borno State.

Hundreds of Nigerian troops have lost their lives in 2021 due to the intense fighting against Boko Haram militants.

Content created and supplied by: Meziechin (via Opera News )