"We were not enemies of both sides, we only fought to survive the war" Ex-Biafran child soldier said

This piece of narration is gathered from oral source of a renowned Ex-Biafran child soldier who is about 70 year old now. Mazi Uchendu's experience of the war is no very different from the experience written so far about child soldiers and their roles during warfare.

"It's over 50 years after the Biafran war. To most of us, the war was only our lifestyle and its importance is that it reminds me of childhood and what it meant to survive when there was just no reason to survive. But we were determined to live, even when it doesn't just makes sense.

Pictures from Google, and used for illustrative purposes

We joined the army of liberation, as we the child soldiers renamed ourselves the 'Liberation Army'. Before this time, however, during the time the sound of the war was beaten, I saw myself among other young boys from Nike Grammar school Enugu, among other boys from the street freely volunteering to join the Biafran army. Boys and young men of 16 to 30 were recruited in mass into the Biafran army; some freely joined the army, while others were forced and dragged to join as Biafran manpower was lacking. 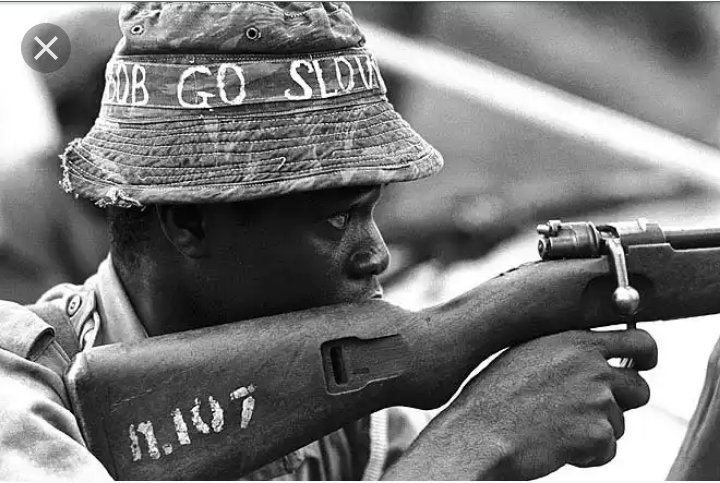 For most of us who joined the army, we did base on patriotism and the propaganda raining in every radio stations in the former Mid-west and Southeast Nigeria about the liberation and victorious cries of the mother Earth of Biafra. What boosted our morale the most was in retaliation to the Kano riot and pogrom that found many Igbos killed in the north. 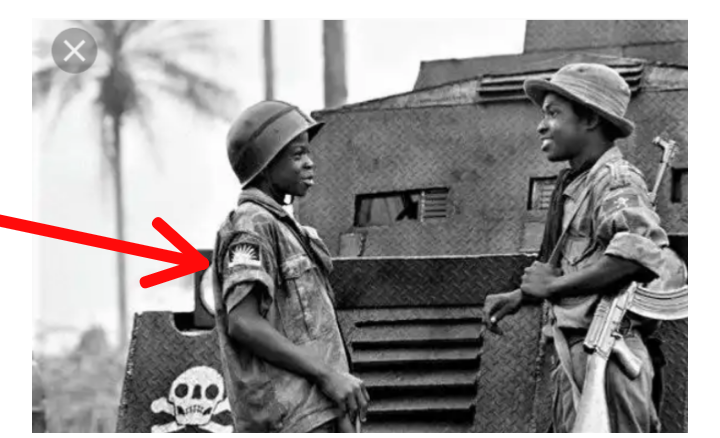 However, the sound and the interest of the war died in us after about 15 months without victory or seeing the war end. We were tired and regretting.

It was more than 2 years now, yet the war was still booming, everything we seem to love and cherished has been consumed by the war, we longed to see our old lives, but it now seen that those days would never be back again.

"We were not enemies of both sides, we only fought to survive!" 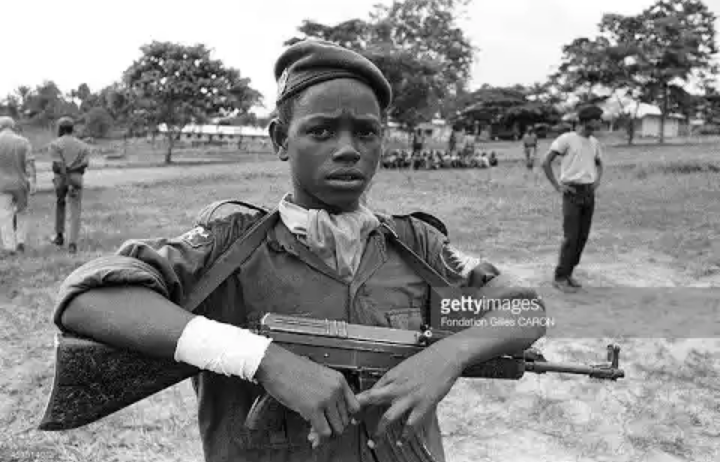 The case of every child soldier during warfares us that of circumstances they found themselves during such wars. Just like the story of our child soldiers in Biafra, the main aim as narrated by above, is just to survive as they struggle to understand their environment. This was the point while we the child soldiers remained ourselves liberation army, fighting just one cause, surviving."