Northern Elders call for sack of NSA, Monguno, over attack and killings in NDA

By Femfem (self media writer) | 9 months ago

Elders in the northern part of Nigeria have called for the review of security architecture and the immediate sack of the National Security Adviser, Major General Babagana Monguno (Rtd) over the attack on the Nigerian Defence Academy (NDA).

The group, under the aegis of Coalition of Northern Elders for Peace and Development (CNEPD) attributed the attack by bandits, which left two military officers dead and one other abducted, to failure of Nigeria's Intelligence network.

Earlier, the Nigerian Army had confirmed the killing of two of its officers and abduction of a senior officer at the NDA in Afaka, Kaduna State.

The bandits, according to witnesses, came in large number in the early hours of Tuesday, August 24, 2021. It was said that apart from the officers killed and abducted, some others sustained gunshot injuries and are receiving treatment at the NDA hospital.

The Elders group in a statement by its national coordinator, Engr. Zana Goni, while blaming President Muhammadu Buhari for leaving Monguno behind at the time he replaced service chiefs, expressed unflinching support to the President and the ruling All Progressives Party(APC).

They said their stance was based on patriotism to the country. They therefore insisted that it was time for the President to do away with Monguno, following the worsening insecurity in the country.

According to the group, the deteriorating security situation in the country is a sign that Monguno, who is the security adviser to the President, is not on top of his game.

They also blamed stakeholders in the northern region over what they described as " their long silence in the face of unbearable criminal acts by armed herdsmen and insecurity across the country, thereby giving a bad image of the region". 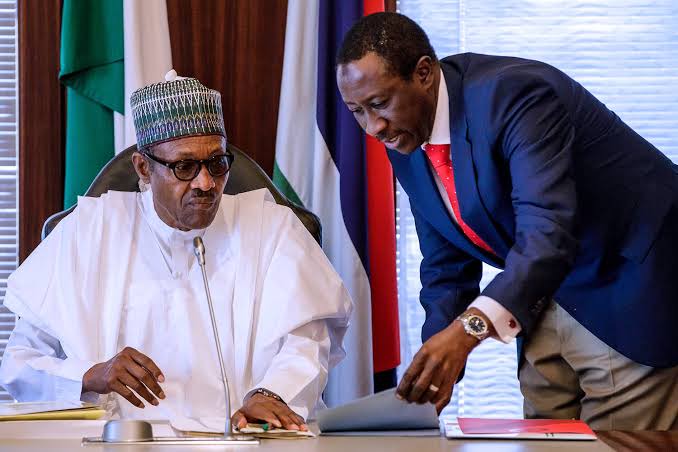