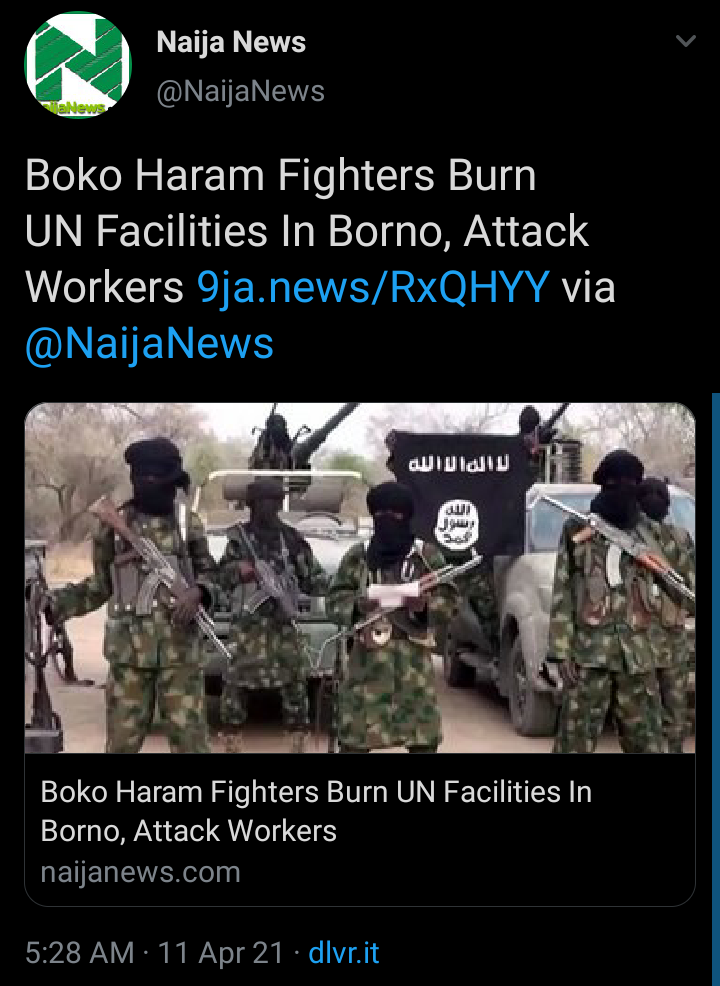 According to SaharaReporters, the terrorists who had the support of the Islamic State West African Province fighters set fire to the UN office and to at least three other international charity organisations contiguous to the UN facility.

A source that narrated the incident said, “The terrorists came into the town in gun trucks. They first embarked on a looting spree. They carted away aid supplies meant for the Internally Displaced Persons before they set fire to the UN hub in the town and three other buildings belonging to other aid organisations.”

A military source that confirmed the incident said the troops were fighting hard to ensure that the terrorists did not overrun the town.

“They planned to attack the military base first, but we repelled the invasion. Pockets of them then went to the UN facility. The Nigerian Air Force aircraft have been called in and they are currently engaging in air interdictions on the terrorists.”

In a related development, members of the dreaded Boko Haram sect have attacked a community in Adamawa State killing five people and abducting an unspecified number of women.

The Easter Monday morning attack in Owerri, obviously, took most residents by surprise. That was the candid opinion of most respondents who discussed the mayhem with Sunday Vanguard. 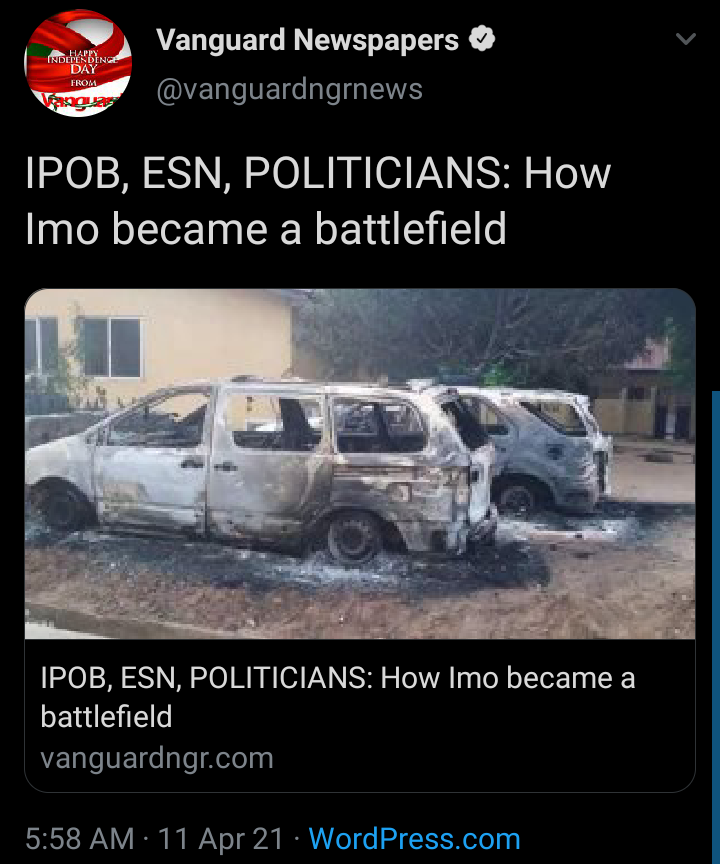 Another truth that must be told is that it was not targeted at any private home or the multiple hospitality outfits in the town. The perpetrators carefully focused their operation on the Imo State Police Command Headquarters and the Nigerian Correctional Service Headquarters, both in Owerri municipality.

The ugly incident may have become history, but it will, definitely, not be forgotten in a hurry. Put simply, it was a day Owerri bowed to criminals!

To all those who live around Okigwe Road, Mbari Street, Works Layout, Ikenegbu Layout, the indigenous villages of Owerri and the adjoining Uratta and Orji communities in Owerri North local government area, it was almost a replica of what happened during the Nigeria/Biafra war.

Akwa Ibom youth group under the auspices of Oro Youth Council, has commended the Minister of Transport, Rotimi Amaechi and the Rector of Maritime Academy of Nigeria, Oron, Commodore Duja Efedua, Rtd, for the rapid transformation witnessed in the institution in the past three years. 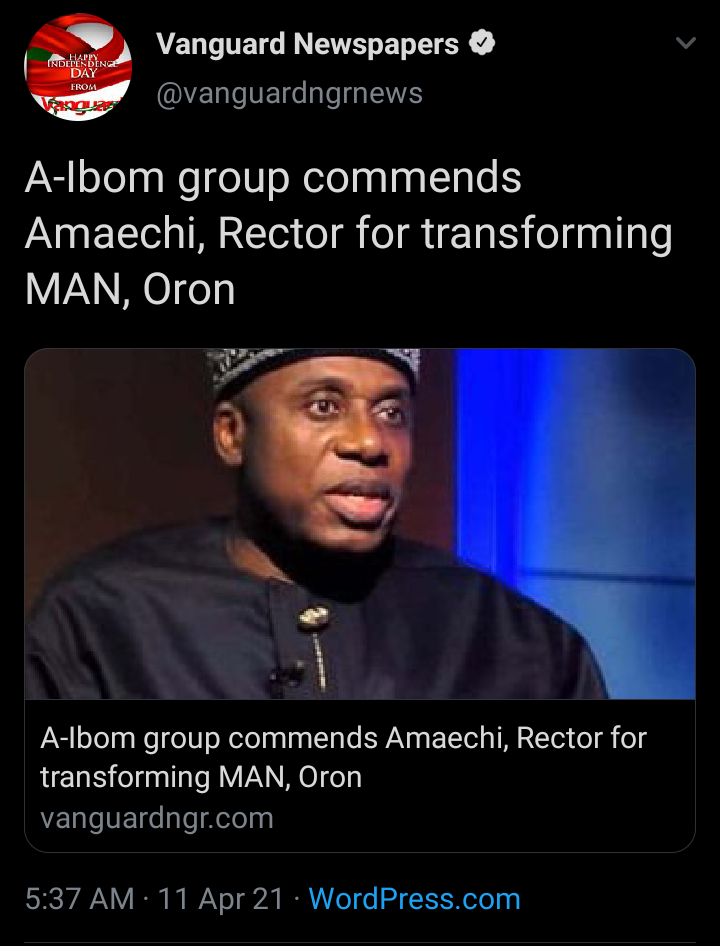 Rising from its annual retreat held in Uyo on entitled “The Way Forward” said they have taken critical assessment of the ongoing projects in the Academy and are impressed with the level of infrastructural development recorded in the institution under the present Federal government.

The group in a communique’ jointly signed by Ulap Chris Ante, Leader and former International President, Oro Union Youth Wing, Comrade Joseph Nkereuwem, President and Comrade Patrick Anwana, National Secretary, Oro Youth Council (OYC) critically stressed that this is the first time the institution has witnessed such rapid Development since after 42years of its existence.

The O’odua People’s Congress has attacked a former Chief of Army Staff and Minister of Interior, Lt. Gen. Abdulrahman Dambazau (retd), for comparing it with the terrorist group, Boko Haram. 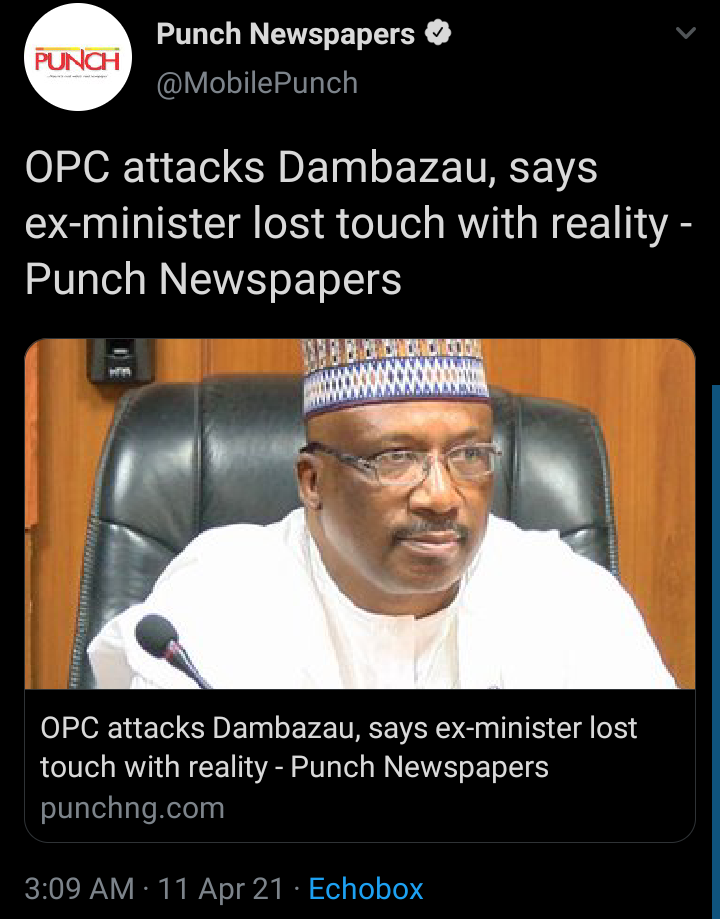 It accused the ex-minister of losing touch with reality.

The group in a statement on Saturday by its Publicity Secretary, Yinka Oguntimehin, said Dambazau was noted for unguarded utterances.

Dambazau, speaking on Friday in Abuja at the inauguration of Army War College Nigeria Course 5/2021, said the proscribed Indigenous People of Biafra and the OPC shared similarities with the terrorist group, Boko Haram. He added that both the OPC and IPOB were making attempts to plunge the nation into an ethnic war.

Reacting to the statement, OPC noted that the ex-minister’s statement was capable of heating up the polity and disrupting national peace.

The group said, “From his statement, it is obvious that the ex-COAS is gradually losing touch with the reality of this time. His statement that OPC and IPOB are the same as the dreaded Boko Haram was made in bad faith and such statement has raised some fundamental questions about his intentions, interests and morality as a former COAS and minister of interior. For such a person to have said that OPC is the same as Boko Haram, it is not only derogatory but the most unfortunate, to say the least.”

Oguntimehin stated that Boko Haram was adjudged globally as the third most dreaded terrorist group in the world, adding that to date, it remained as such with various cases of killings across the North.’’ 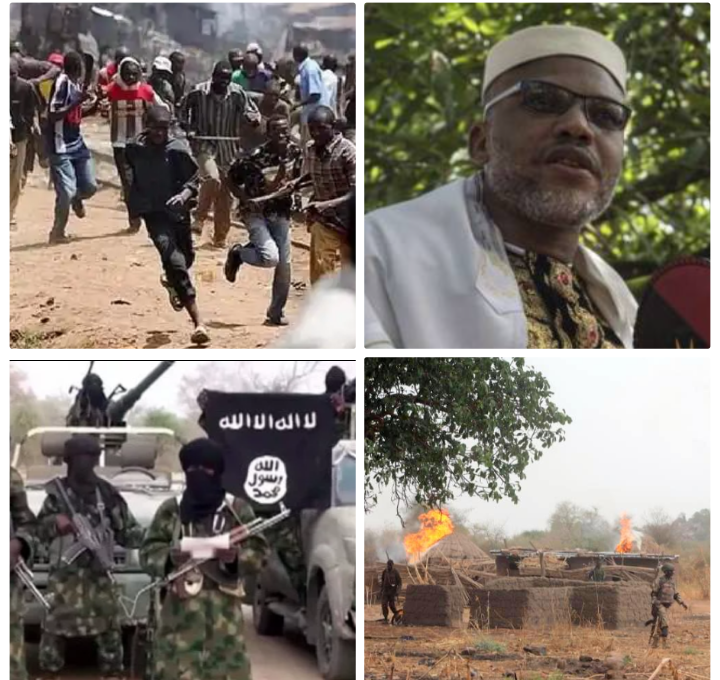