By Castro_cahn (self media writer) | 10 days ago 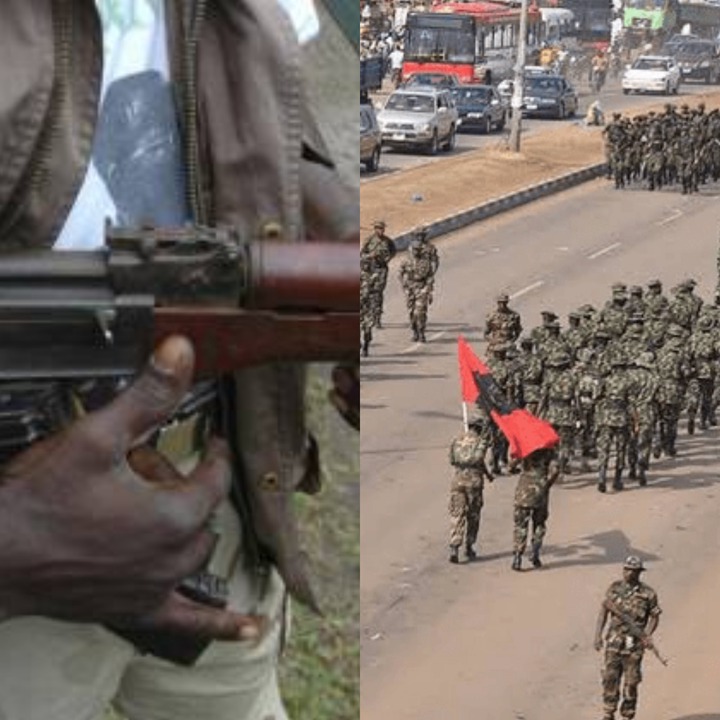 The Nigerian military began the month of October by forming three operational units to help tackle insecurity in three parts of Nigeria. The newly formed operational units will tackle criminal elements and help douse tension in affected regions in the country including the South-East region.

Taoreed Lagbaja, the officer commanding the 82 division of the Nigerian army disclosed that the newly launched exercise will help restore peace in affected areas. He disclosed that the newly launched operation includes ‘Golden Dawn’ for the south-east; ‘Still Water’ for coastal areas and ‘Enduring Peace’ for some states in the north-central and federal capital territory (FCT).

Barely 72 hours after the formation of Operation “Golden Down” for the South-East, the dreaded unknown gunmen have attacked once again.

According to a report made by Sahara Reporters, unknown gunmen have attacked the security offices killing two and injuring many. This incident happened at the Ogrute, Enugu-Ezike, in the Igbo–Eze North Local Government Area of Enugu State.

This recent attack by unknown gunmen, barely 72 hours after attacking the Nnewi home of All Progressive Congress Lagos Chapter Chieftain, Joe Igbokwe, DSS, FRSC office, and barely 72 hours after the launching of the operation "Golden Dawn" to restore peace in the South-East is indeed worrisome. I think the military needs to move in swiftly and go on the offensive against these criminals. They need to fish out all those involved in carrying out heinous crimes in the South-East.

The military needs to go on a house-to-house search to fish out those in possession of illegal weapons in the region. They need to do this to save the residents of the South-East region from unnecessary attacks.

Lastly, the residents need to also cooperate with the security operatives by giving out the information of those criminals. They need to do this quickly to avoid further killings in the region.