By Mediateehem (self meida writer) | 17 days 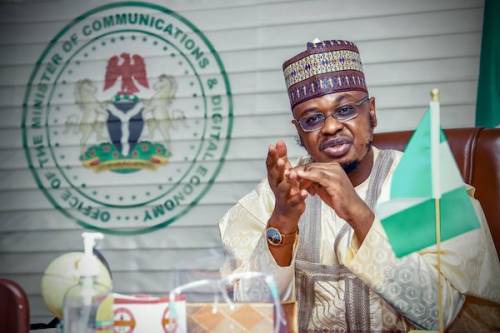 According to a news that was posted by Sahara Reporters this morning, the Nigeria's minister of communication, Alhaji Aliyu Isa Pantami has been indicted after he made a comment against unbelievers during his 2000s teachings, after Osama Bin Laden bombed the World Trade Center that killed almost 3000 people.

According to what Sahara Reporters posted, it was alleged that the minister, who has been in the news of recent over claims of him supporting terrorism in the old clip that was gotten by Sahara Reporters said that, he is always a happy man whenever he hears that unbelievers are massacred, as he also reiterated that the sharia law doesn't just allow Muslims to kill unbelievers without no reason.

Alhaji Isa Pantami's words were gotten from his teachings when he took extreme position in the support of brutal exploits of Al Qaeda and Taliban insurgents who were on campaign to obliterate the western world and also destroy other parts of the world that doesn't believe in Islam.

Pantami while answering a question that was asked by an audience about his remarks concerning Osama Bin Laden, who destroyed the World Trade Center during the old teaching said that, he considered Osama Bin Laden a better Muslim than himself because, he has done a lot of things.

Opinion: Tuchel's Previous Tactical Plan Against Madrid Might Not Work Against Man City, Here's Why

Check out photos that show the uniformity in military march parades in the world.