By EmperorReports (self media writer) | 1 year ago

Wars have always been a part of humanity since time immemorial, fights for supremacy, territory and more have always been around and from simple warfare of bow and arrow, swords and co. The world have descended further into chaos with more heavy machinery being used to fight wars now and severe casualties following suit.

From the advent of world war 1, most powerful countries in the world have been prepared for wars to demonstrate their Supremacy which was evident in the severity of world war 2 which remains the most deadly and fatal human made terror in the world to date. These wars were fought with heavy machinery, guns, tanks and even the deadly biological and nuclear weapons; Hiroshima is an example of how deadly those could be.

However, for some reasons, even though there has been cessation of hostilities for years now, with a lot of different agreements and accords put in place to prevent future occurrences of such man made disasters, most countries have not relented in their effort of making sure they're ready for another showdown. A lot of countries are still developing different weapons in the case of another war breakout, and there is always a debate surrounding which country could be regarded as the major firepower of the world at the moment. 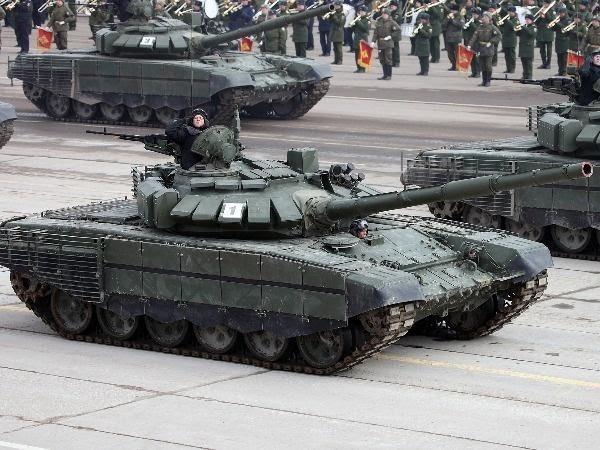 One of the leading candidates includes the United States of America, due to their superior economy, then we have the boastful South Korea, especially with Kim as their president, but another major firepower people don't talk about much is Russia, and as silent as Russia have been concerning proceedings they currently hold the record for the highest number of battle tanks for a country at the moment. 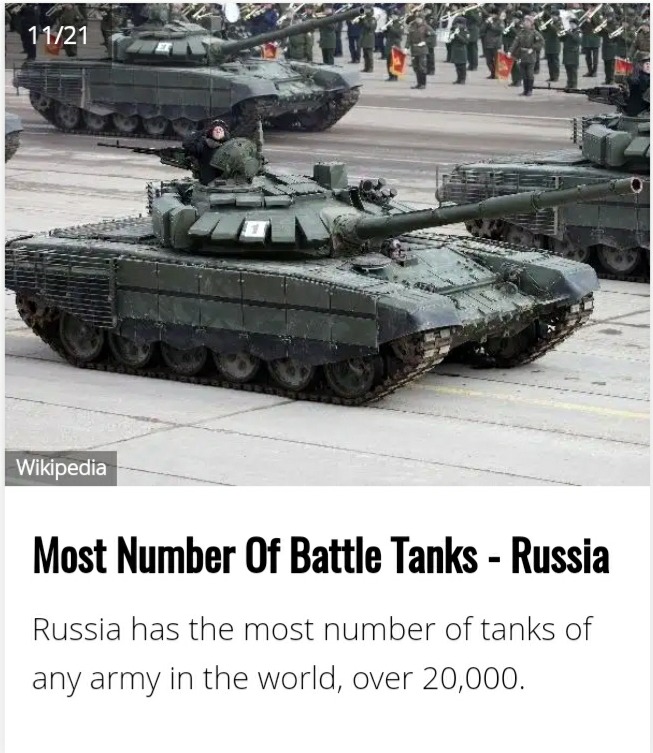 This record shows Russia's readiness for any breakout of war, and their plans to show the world their supremacy if a third world war ever happens. Battle tanks are one of the major deciders in wars as wars are being fought more and more with machines now, as they are very tough to take down and requires lesser personnel to operate while dealing a high rate of casualty on the opposition.

Content created and supplied by: EmperorReports (via Opera News )