By Infogist (self media writer) | 8 months ago

The Nigerian soldiers have killed six fighters of the Islamic State in West Africa Province (ISWAP), after a fierce gun battle. The men of 25 Brigade, operating under aegis of Joint Task Force, North East, Operation Hadin Kai, bombarded the terrorists on Wednesday, September 1, killed four and recovered some sophisticated weapons. 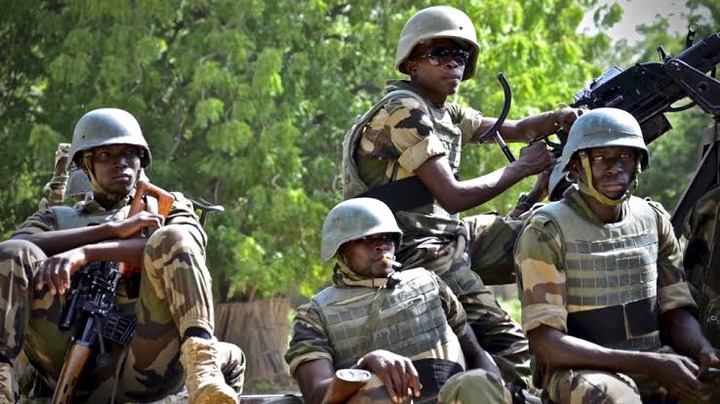 The development was announced on Thursday, September 2, by the spokesperson of the Nigerian Army, Onyema Nwachukwu. The spokesperson said four terrorists were killed in Maiduguri. Nwachukwu said that four AK 47 rifles, and four Magazines, were recovered from the terrorists.

In a related development, the troops of 195 Battalion, Sector 1 Operation Hadin Kai, in conjunction with the troops of Civilian Joint Task Force, also killed two ISWAP fighters, at Dusman-Muna Garage, in Borno state. The army spokesperson said the terrorists were killed after the soldiers ambushed them, in Musari village.

A vehicle used to transport items to terrorists, was recovered and destroyed by the soldiers. Items recovered include; 120 packets of mosquito coils, 12 mosquito nets, two bags of hard drugs, two bicycles, two bags of beans, some fish and a bag of corn.