According to a report by politics Nigeria, President Muhammadu Buhari has ordered the payment of gratuities to 102 Ex-Biafran soldiers. This was announced by the Minister of Defence, Major General Bashir Magashi (retd.) on Friday at the 2022 armed forces remembrance day held in Abuja. 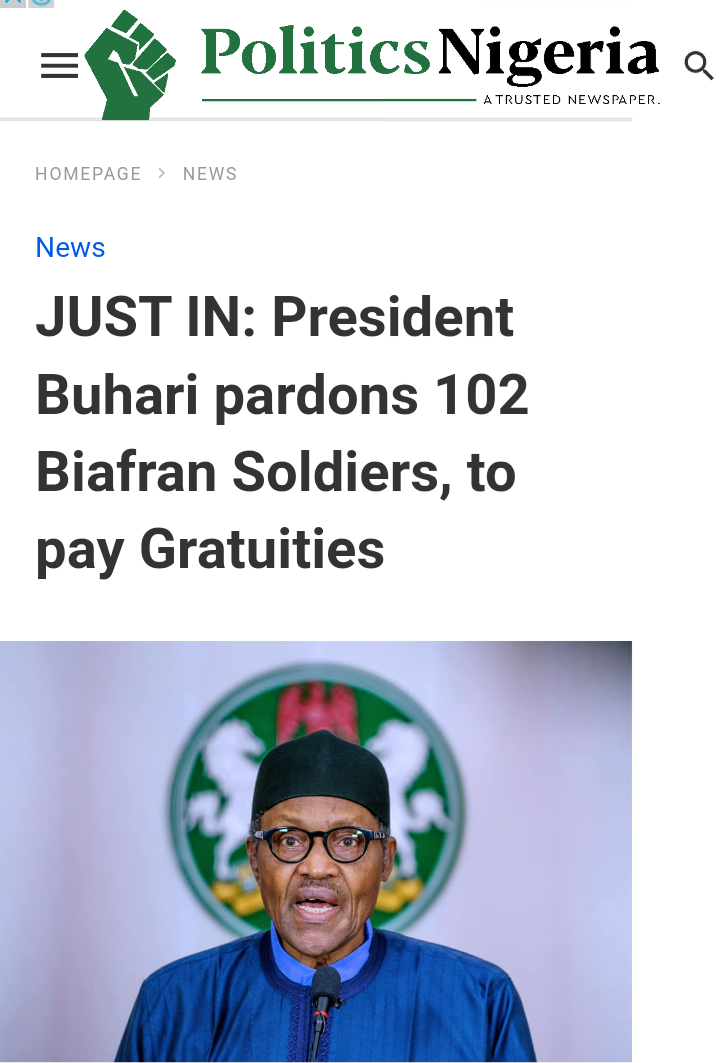 Recall that during the Nigerian civil war between July 1967 and January 1970, some members of the Armed Forces, the Nigeria Police, and the Paramilitary Officers who took part to fight the State with the Secessionist were dismissed from the service after the end of the civil war, though the dismissal of those officers was commuted to retirement in 2000 through a Presidential Amnesty granted on 29th May 2000 by the Administration of the then President, Olusegun Obasanjo. 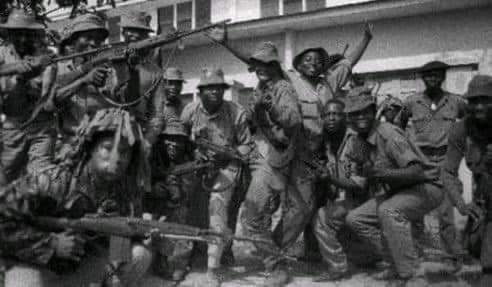 Unfortunately, after the Presidential pardon and verification of these officers during the Obasanjo, Yar'Adua, and Jonathan administrations, many of them remained unpaid. In 2017, President Buhari graciously approved the payment of pension entitlements to these officers and their Next of Kin, in which 162 officers were on the payroll of the Pension Transitional Arrangement Directorate (PTAD) and 57 Next of Kin who have also not been paid their death benefits were paid.

Ex-Biafran police officers smiled at the bank as the day marks another milestone in re-integrating the hitherto neglected officers and men of the Nigeria Police Force who have suffered untold hardships over the years catering for their needs and that of their dependents. President Buhari didn't stop there, he went on to grant presidential pardon to the ex-Biafran soldiers, because many of those who were involved in the civil war are no more alive, as the war ended 51 years ago, only 102 of the war veterans were captured for the payment of gratuity and other emoluments by the Military Pension Board.

Payment of pensions and gratuities to retired military personnel is now prompt and regular. With this gesture carried by President Muhammadu Buhari, he deserves honor for honoring a promise made to the Ex-Biafran soldiers many years before his government came into power. Although payment of entitlement to any public servant is the responsibility of any government.

The federal government is using a different approach to reduce the rising tension over marginalization in the South-East geopolitical zone of Nigeria. The payment of the entitlement 51 years after the Civil War is better than for it to be withheld by the government. There is nothing that suits a retired civil or public servant than to be able to collect his entitlement at the right time. Although, these payments are coming late, and some of the people involved in the payment might have been dead, but their families can come forward with proper documents and claim the entitlements of their father.

This payment of gratuities will also help in de-escalating tension in the southeast geopolitical zone of Nigeria because they will now have a sense of belonging. And coupled with the giant infrastructure drives in the zone, such as the 2nd Niger Bridge that is near completion, the issue of marginalization will become a thing of the past.