The police say they killed three suspected Indigenous People of Biafra (IPOB) members, including the group's commander, in a firefight on Saturday in Amaifeke, Orlu LGA, Imo state. 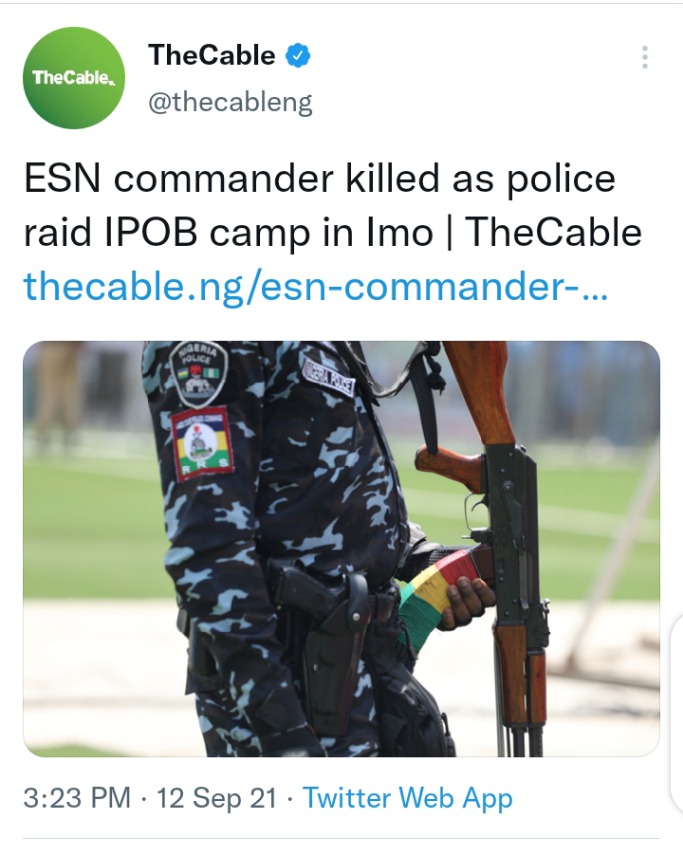 According to Hussaini, officers were dispatched to the IPOB members' camp in response to an intelligence report that the group was planning attacks on police stations and government infrastructure.

According to the police commissioner, the group opened fire when they saw the police, but the “gallant and battle ready tactical teams swiftly returned the fire, killing three of them and arresting two.” 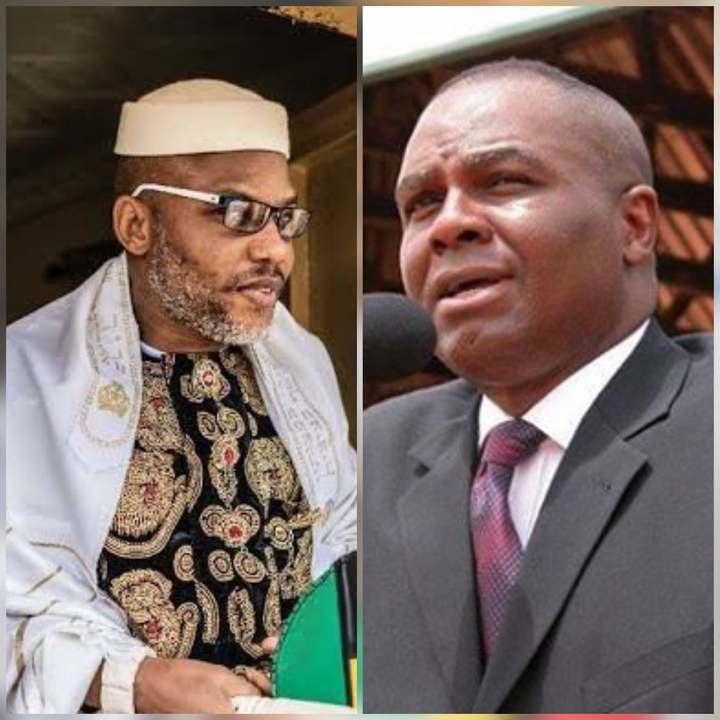 Chairman, Senate Committee on Cooperation and Integration in Africa, (NEPAD), Senator Chimaroke Nnamani has taken stock of the implications and socio-economic consequences of the sit-at-home in the South-East zone of the country and called for its cessation. 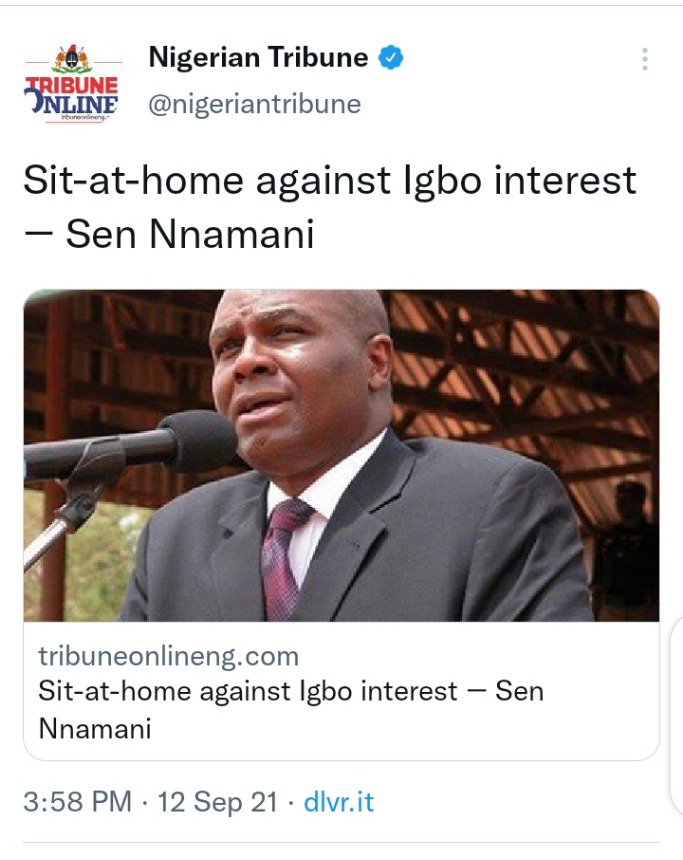 The former governor of Enugu State who represents Enugu East Senatorial District in the Nigerian Senate bemoaned the continuous sit-at-home that has brought the economy and social life in the South East to its knees. He also condemned the attack on citizens going about their legitimate businesses on account of the sit at home.

Senator Nnamani in a press statement in Abuja said the trinity of Igbo character is defined by igba mbo (hustle), akonuche (cot of wisdom) and njepu (sojourn), pointing out that the sit-at-home is antithetical to the innate Igbo tripartite traits and a betrayal of Igbo interest.

NPA is a revenue generating agency, not NIMASA ― Amaechi

The Honourable Minister of Transportation, Rt Hon Rotimi Amaechi has said that the Nigerian Maritime Administration and Safety Agency (NIMASA) was set up as a regulator of maritime security and safety, that generating revenue is not enshrined in the Act establishing the agency. This is even as the Minister revealed that the Nigerian Ports Authority (NPA) is the agency saddled with revenue generation in the nation’s maritime industry. 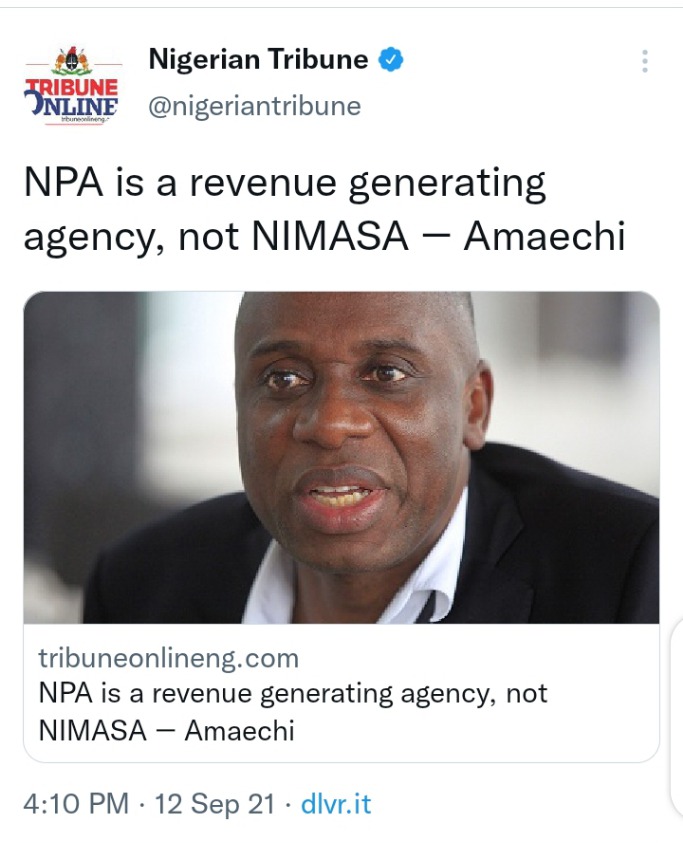 The Minister who made this disclosure at the weekend during the final session of the 5-day National Council on Transportation (NCT), held in the commercial city of Kano, stated that “People put NIMASA under pressure that they must make money; make money for what? NIMASA actually is a regulatory authority, not for them to go and look for money.”

According to him: “The people that should be making money and they must hear it now is NPA. It is their responsibility to make money.”

Selected Benue leaders under the aegis of MINDA Strategic Contact Group, MSCG, have called on President Muhammadu Buhari to rise up to his duties to protect all Nigerians and Benue people in particular from the hands of killer armed herdsmen in the country. 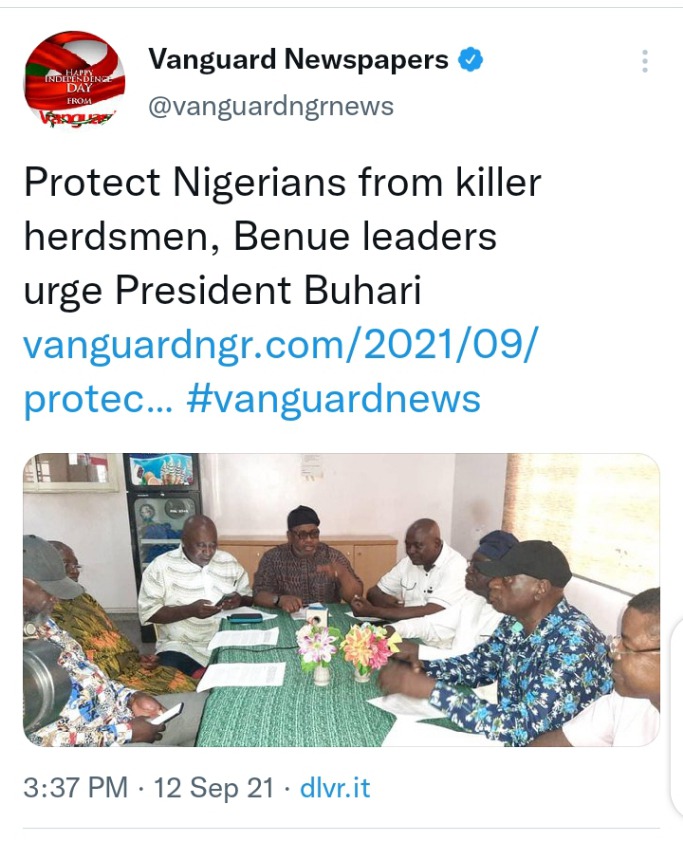 The group also urged Senator George Akume, Minister of Special Duties and Inter-Governmental Affairs, to contribute his quote in addressing herdsmen killings in the state.

Addressing the media in Makurdi over the weekend, the group led by a retired Permanent Secretary and former governorship aspirant, Dr. Tivlumun Nyitse, sided with Governor Samuel Ortom in his ongoing outrage over herdsmen killings in the state, as well as his call for equity, fairness, and justice in the country.

They insisted that, contrary to Senator Akume's allegations, the Governor had been acting in the best interests of the people and in accordance with the oath he took upon taking office to ensure the safety of the lives and property of the people of the state.