The police in Imo State said they have raided another camp operated by the Indigenous Peoples of Biafra (IPOB) and its militant wing, Eastern Security Network (ESN). 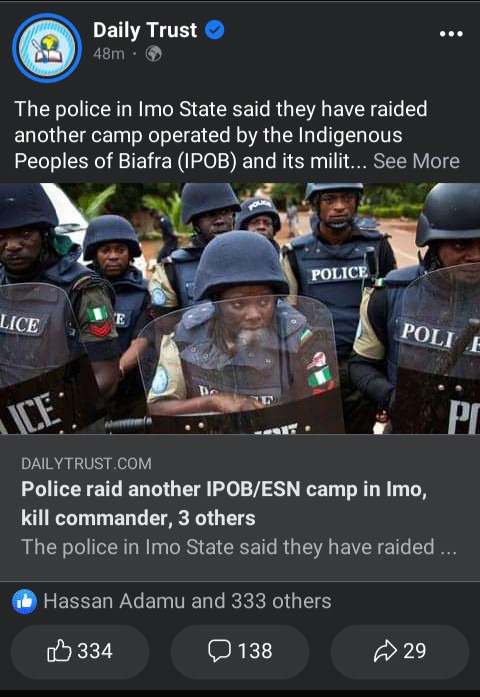 The Police Public Relations Officer in the state, CSP Michael Abattam, said in Owerri that the success was part of the ongoing clearance Operation embarked by the Imo State Police Command aimed at wiping out the remnants of the proscribed insurgent group. 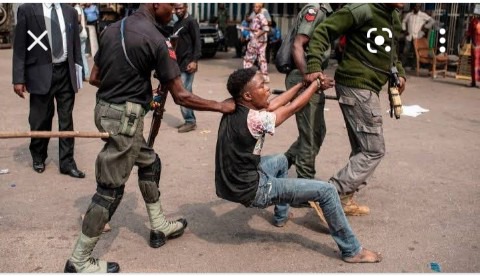 Abattam said a concrete intelligence revealed that members of the proscribed IPOB/ ESN members were sighted in an isolated uncompleted building in the area planning to resume terror attacks on police formations and government installations in the state. 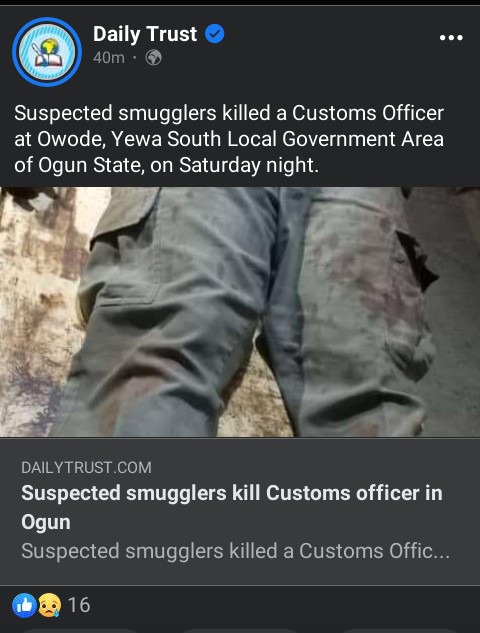 The Customs Assistant 1, a driver, was attached to the Federal Operations Unit Zone A of the Nigerian Customs Service (NCS).

He was reportedly killed during an operation after two vehicles laden with smuggled foreign parboiled rice were seized and taken to Lagos.

The Customs PRO at FOU Zone A Lagos, Theophilus Duniya, confirmed the development to our correspondent on Sunday but he did not disclose the identity of the deceased officer.

An Abuja-based lawyer, Chuks Akamadu, on Sunday said that the country is ready to have a female president considering the role that women play in the society. 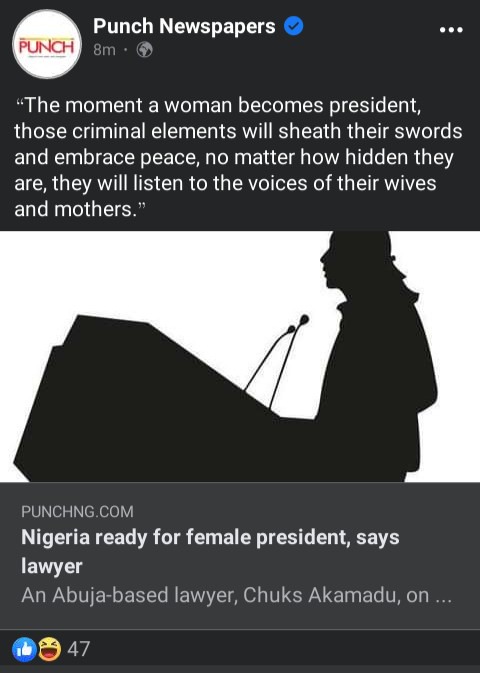 Akamadu, while talking to the News Agency of Nigeria as he celebrated his wife’s 40th birthday noted that the current security challenges facing the country would reduce drastically once a woman becomes president.

Chairman, Senate Committee on Cooperation and Integration in Africa, Senator Chimaroke Nnamani, on Sunday called for immediate stoppage of the sit-at-home exercise in the South East. 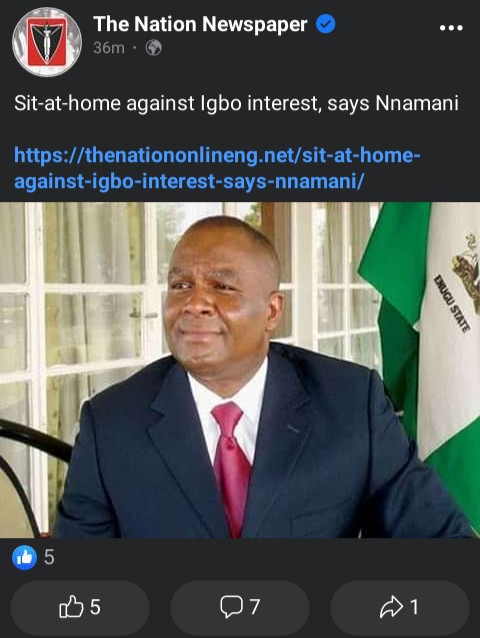 He said having taken stock of the implications and socio economic consequences of the exercise, he discovered it was not in the best interest of the region.

The former Governor, who represents Enugu East, in a statement in Abuja, bemoaned the continuous sit-at-home that has brought the economy and social life in the South East to its knees