Does China have the nuclear capability to face the United States? 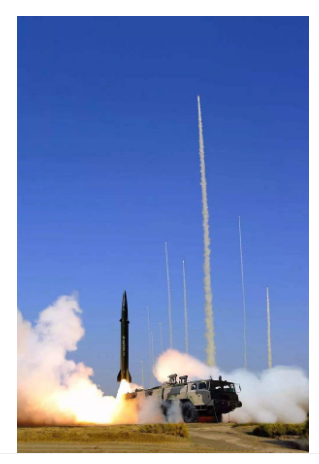 China has no ability to completely destroy the United States with nuclear weapons.

But remember, the secret of nuclear deterrence is not to destroy a country completely, but to make the other party pay an unbearable price (huge loss). 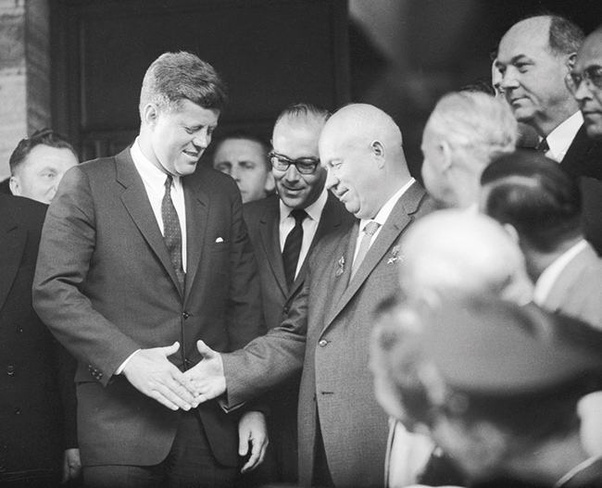 As early as 1962, the United States and the Soviet Union had a crisis that shocked the world. In this event called "Cuban Missile Crisis", human beings are only one step away from extinction. In fact, the medium range missiles and strategic bombers deployed by the United States and the Soviet Union at that time could not guarantee the complete destruction of the vast territory and population of each other. But they obviously didn't dare to start war. The nuclear winter brought about by the nuclear explosion and the ensuing famine made every crazy leader dare not press the nuclear button.

This is the powerful deterrence of nuclear weapons over millions of soldiers. 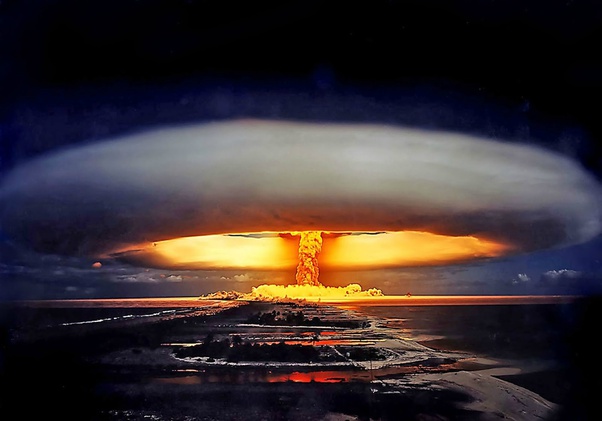 In fact, China has suffered the most number of "nuclear threats".

As early as the "Korean War" broke out in 1950, the first commander of the United Nations army, MacArthur, had repeatedly threatened to use nuclear weapons against China. President Harry Truman also used nuclear weapons to intimidate China in a speech to Congress. In the 1960s, the Soviet Union wanted to work with Kennedy and Johnson to destroy China's nuclear bases with nuclear weapons, but the United States refused. The "Sino-Soviet Border Conflict" in 1969 made nuclear war very likely to break out. Because nuclear weapons once ended World War II, (when China was invaded by Japan), we were awed by nuclear weapons. After that, nuclear weapons threatened the survival of our nation again and again, making us afraid of nuclear weapons. This complex and contradictory mentality drives the Chinese people to have it so that they can truly defend their motherland. 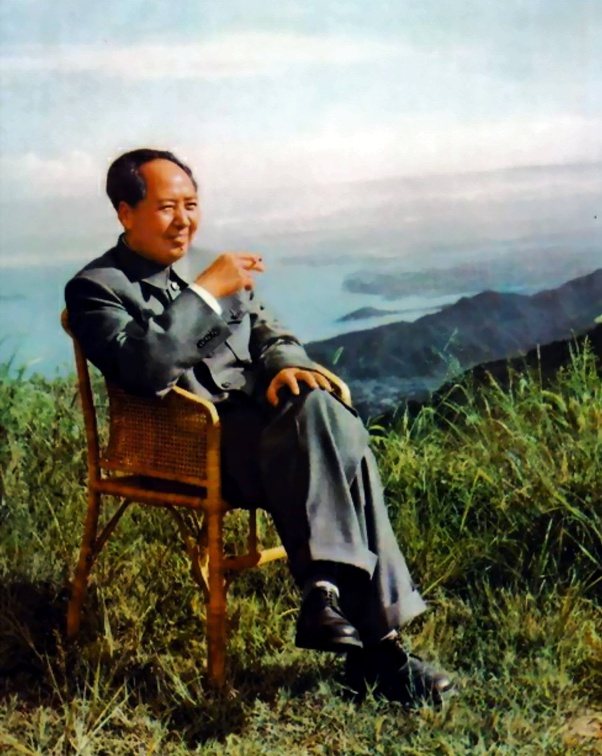 Mao Zedong attached great importance to the research and development of nuclear weapons. He once ordered that "nuclear weapons must be produced even if they have been require built for 10000 years". China's nuclear weapons have been rapidly developed on the basis of those provided by the Soviet Union. As an old joke goes: "Why did the Americans invade Iraq?" A: "Because the Americans suspect that they have weapons of mass destruction. "Q:” Then why don't Americans invade China? "A:" Because they really have weapons of mass destruction. " China's nuclear arsenal's mission is to protect the country.

It is worth mentioning that China is the only one of the five permanent members of the UN Security Council to announce that it will not use nuclear weapons first or against non nuclear weapon states.

Now, let's sort out the strategic killers in China's nuclear arsenal that can deter the United States. 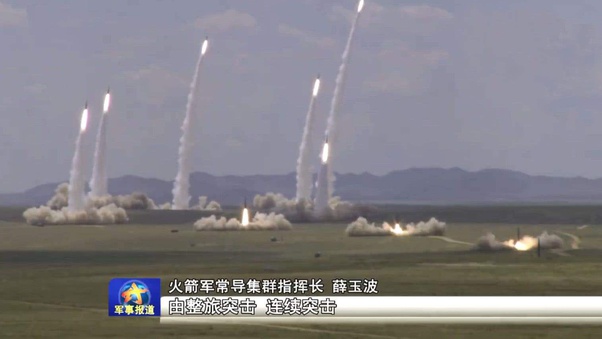 DF-5, is China's first intercontinental nuclear missile. It’s first successful test launch was in the 1980s. It relies on a missile launching well and uses a liquid fuel rocket engine. It is not only slow in response time, but also easily destroyed by the enemy in the first nuclear strike. Its CEP value even reached 1km in early models. But for quite a long time, as the only intercontinental ballistic missile that can strike the whole territory of the United States, it has been China's most important nuclear deterrent. In the "Anti Japanese military parade" celebrating the 70th anniversary of the victory of World War II in 2015, its latest improved DF-5B was revealed. It not only has the ability to carry 4 - 6 warheads, but also has the CEP value of 50 meters. 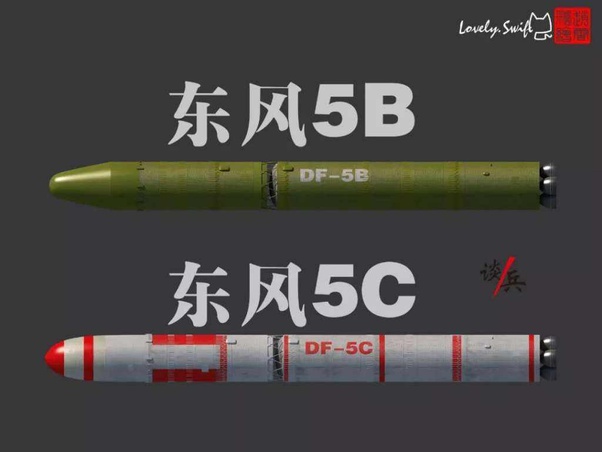 Dongfeng 5C under development will have more powerful capabilities. As China continues to improve its DF-5 series of missiles, it can still use its huge body and amazing delivery capacity to play a greater role. As early as 1984, Chinese missile developers with strategic vision established the plan of developing Dongfeng 41. The three-stage heavy ballistic missile was officially unveiled in 2019 on the 70th anniversary of the founding of the people's Republic of China. It has the most powerful nuclear deterrent in the world. 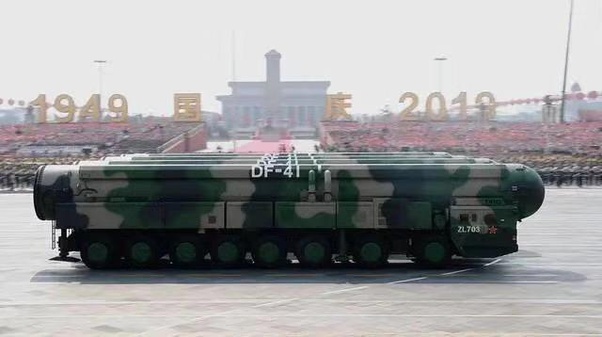 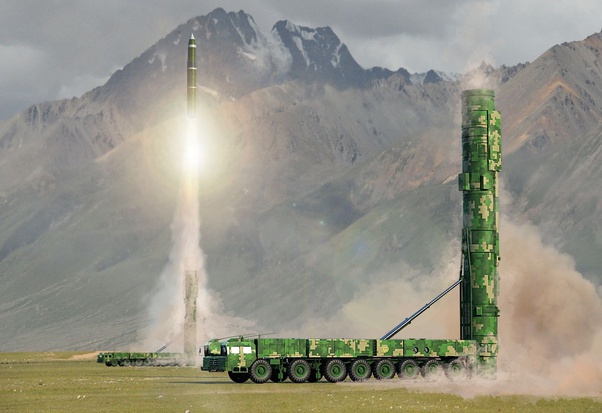 By using all terrain vehicles and the countrywide highway system, it can launch an unexpected counterattack against the enemy from any place, such as the northern plain, northwest desert, southwest mountain area or southern forest, and its survivability is very strong. 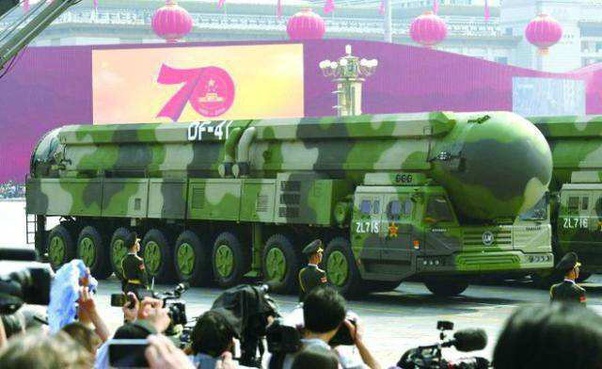 "It can reach Moscow in 12 minutes, London in 16 minutes, and New York in 21 minutes; it can carry multiple nuclear warheads against city targets. "It can be said that Dongfeng 41 will definitely enhance China's nuclear deterrent capability in an all-round way and put more pressure on the anti missile system of the United States. 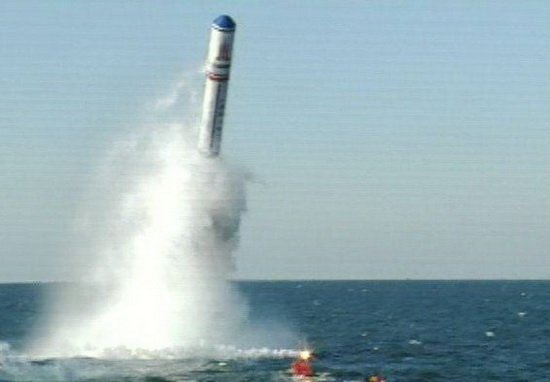 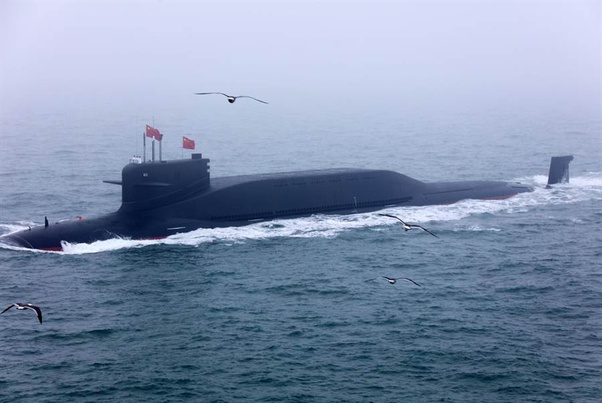 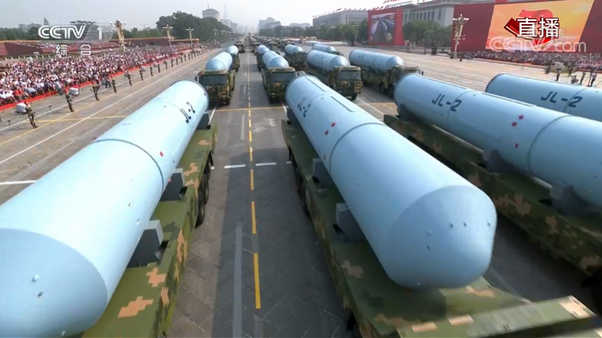 China can launch intercontinental ballistic missiles attacks with the help of the Julang-2 missile carried by the 094 "Jin Dynasty class" strategic nuclear submarine (with a displacement of 12000 tons). Its range is 10,000-12,000km, CEP is 200m, and it can carry 1-3 nuclear warheads. That's enough to threaten most of the American cities from within China's coastline. 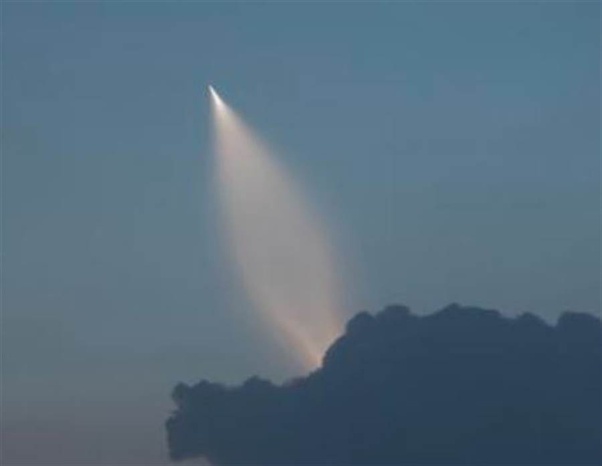 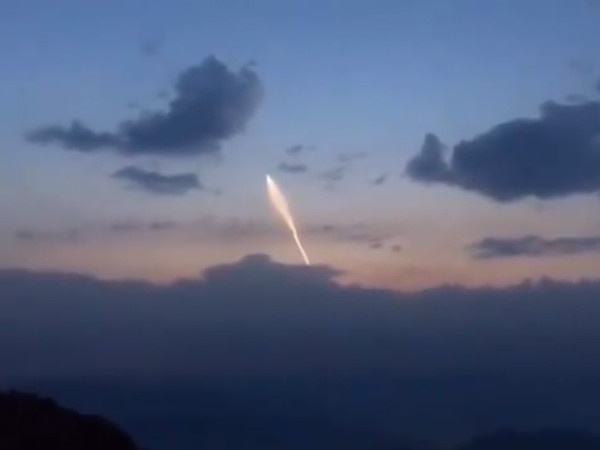 Unidentified luminescent materials appeared in the Bohai Sea, Shandong Province and Hebei Province of China in 2018. It is confirmed to be a sea based ballistic missile of JuLang 3. In December 2019, JuLang 3 carried out the fourth experiment in two years.

The latest type of missile is the Julang-3. It's maximum range of more than 12,000 kilometers and more advanced combat parameters will be combined with China's next generation strategic missile nuclear submarine 096 to give China greater deterrence ability. 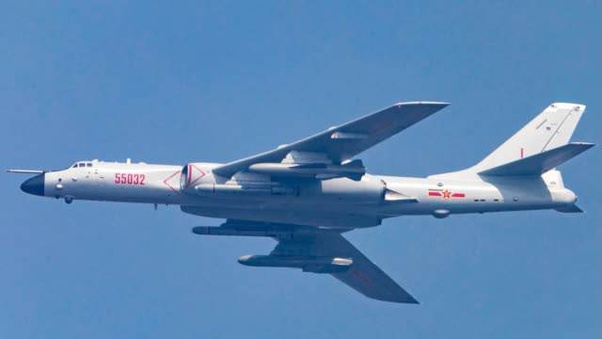 China's air-based nuclear deterrent has always been the weakest link in the Trinity nuclear strike. Its capabilities are currently generally weaker than those of the United States and Russia.

The latest H-6N has a combat radius of 3,500 kilometers and a range of 5,000 kilometers after refueling. Its AKD20 cruise missile has a range of 1,500 kilometers, which still cannot threaten the United States. At present, China is expected to reach US urban targets within 8,000km by improving and carrying Dongfeng 21d air launched ballistic missile for it. 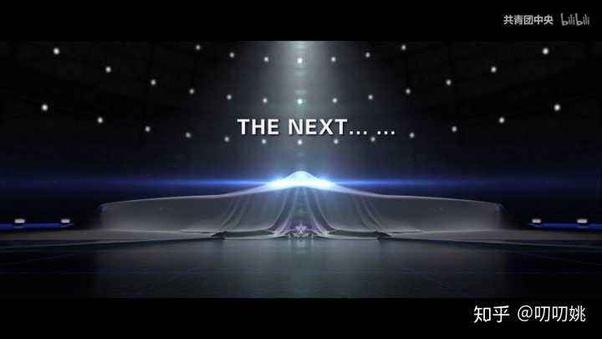 At the end of the 2018 China Aviation Industry Group promotional video showed hints of H-20.* (China's largest aircraft manufacturer, whose status is similar to Lockheed Martin plus Boeing's integration),

With the successful development of the next generation stealth strategic bomber H-20 (H-20 is the guessing code, and there is no official code released at present.) analogous with the U.S. B21, China's air-based nuclear deterrence will be comparable to that of Russia and the United States. 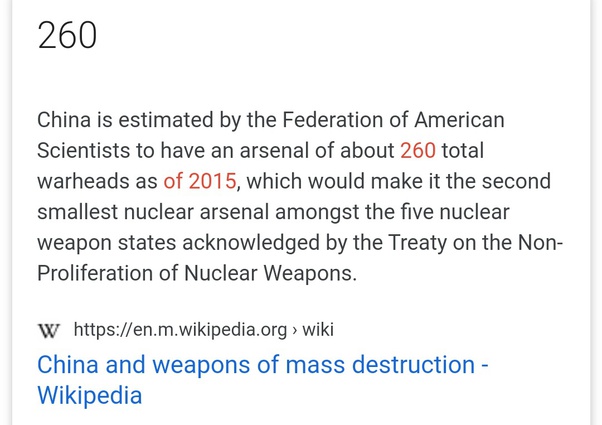 In fact, when foreign media reported that China had only 260 nuclear weapons, China's nuclear capability was seriously underestimated. In the 70th anniversary parade of the founding of the People's Republic of China on October 1, 2019, only 30 multiple warhead nuclear vehicles can be built in the United States. And the number of vehicles capable of launching nuclear weapons exceeds 80. It is obviously incorrect for China to show almost all of its nuclear weapons in a single military parade based on 260 warheads.