Isa Gusau, Spokesman to Borno State Governor Babagana Zulum explains why he thinks the video of Boko Haram downing Nigerian Air Force jet is another propaganda from the terrorist group. 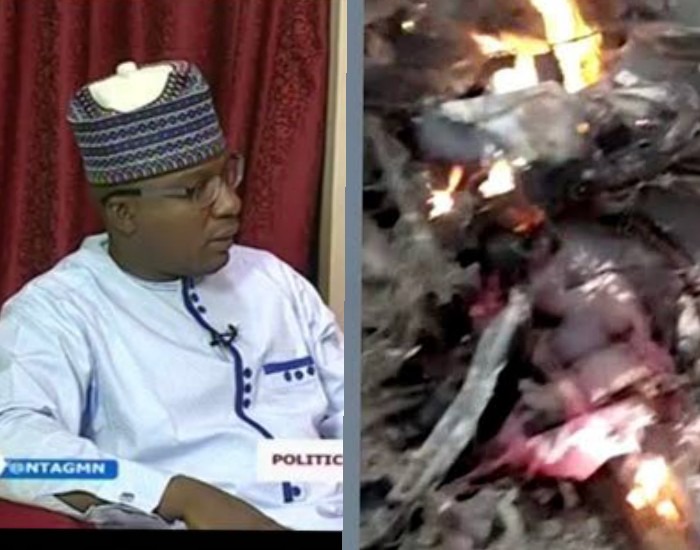 The missing Nigerian Air Force jet is obviously one of the most widely discussed topics at the moment.

3 days ago, the Nigerian Air Force made it known that one of it fighter jet went missing while on combat mission against terrorist in Borno State.

Edward Gabkwet, the Spokesman of the Nigerian Air Force came out to explain that the missing jet containing two crew members may have crashed.

While everyone was still wondering what could have caused the crash and the fate of the two pilots, news of Boko Haram claiming responsibility for the missing jet broke out. An unverified video of the terrorist group shooting down an aircraft while it came down in flames surfaced online. The video also showed Boko Haram terrorist moving towards the direction of the downed jet to cart away parts of the flight.

The Nigerian Air Force have since dismissed the Boko Haram video, insisting that the missing jet was not shot down.

While reacting to the unverified video, Isa Gusau, Spokesman to Borno State Governor Babagana Zulum have come out to explain why Boko Haram claim of shooting down the Nigerian Air Force jet is another propaganda from the terrorist group.

In his explanation, Isa Gusau raised 3 points that proves the said video is a fast propaganda from the insurgent group.

The 3 points are in the screenshot below: 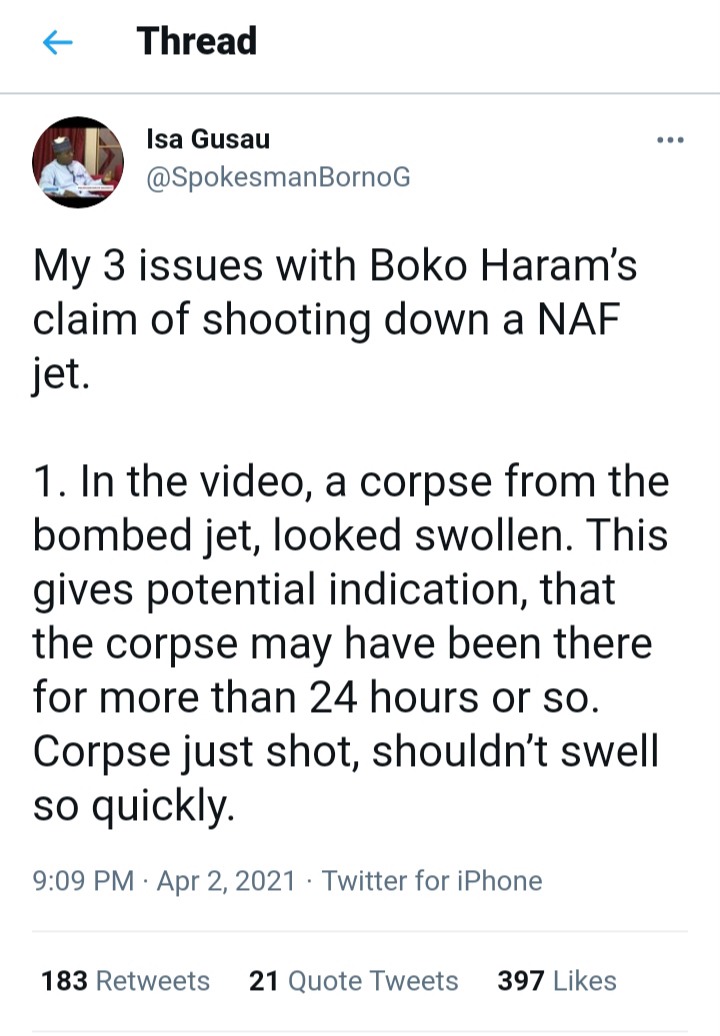 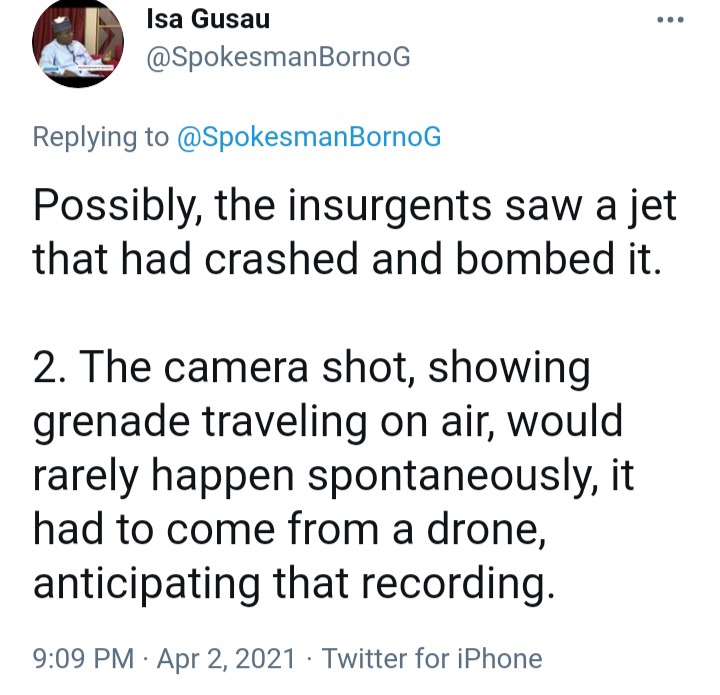 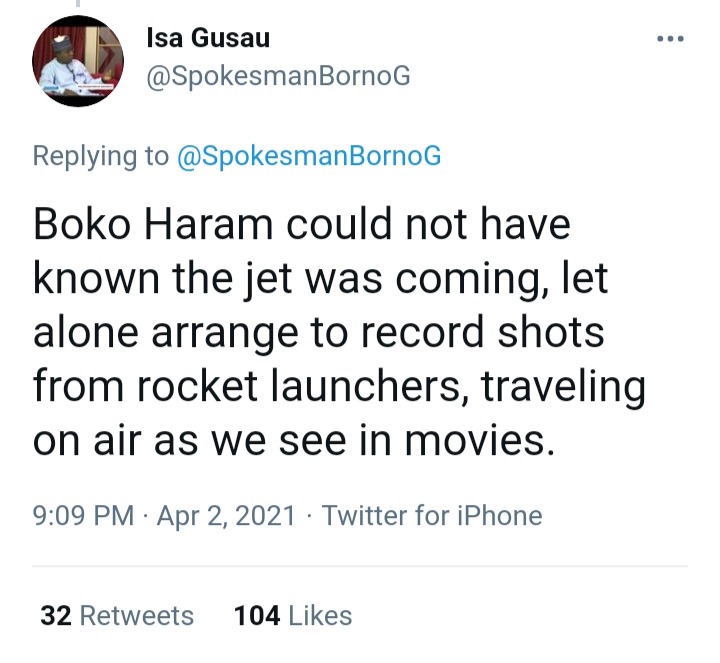 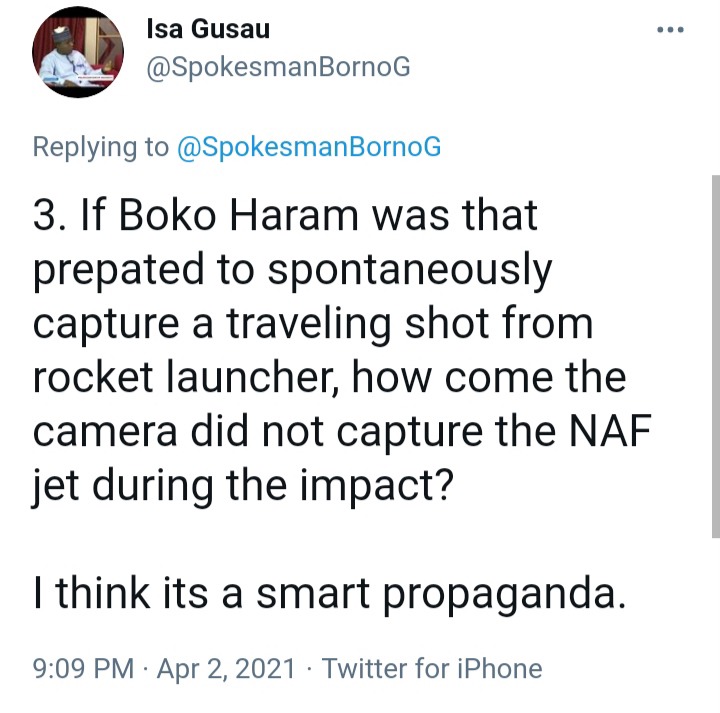 BBN Ex-Housemate, Prince Has Been Named One Of The Top 10 Best Dressed Stars