Terrorism: 2 Main Successes Recorded By The Military In The Past Few Weeks

Reports indicate that Nigerian Airforce, NAF, airstrikes kill over 100 Boko Haram/ISWAP terrorists around Lake Chad as the air force continues their week-long onslaught on terrorist targets on islands and localities around Lake Chad. On receiving credible intelligence on Wednesday that about 20 boats (not 11 as earlier reported) with suspected Boko Haram or ISWAP terrorists were converging for a meeting on an Island in the Tumbuns on the Lake Chad and at Malam Fatori, three NAF aircraft were scrambled to carry out strikes on the targets. 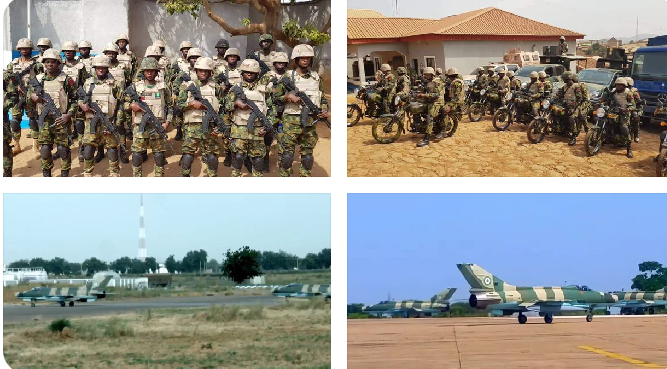 Reaching overhead the targets, the pilots observed a gathering of about 20 boats consisting of 5-7 suspected terrorists in each boat numbering over 100 fighters. Using a mix of bombs and rockets, the 3 aircraft carried out a series of strikes and scored devastating hits on the targets leaving some survivors scrambling for their lives.

The new ISWAP leader Malam Bako, that recently succeeded Abu Musab al-Barnawi as leader of ISWAP has been killed by the Nigerian military. Another heavy blow on ISWAP following the killing of their former leader al-Barnawi. Within four weeks the Nigerian military has eliminated ISWAP’s leader and his successor. The Western media (BBC, CNN, Economist, WSJ) will never accept this development as newsworthy. 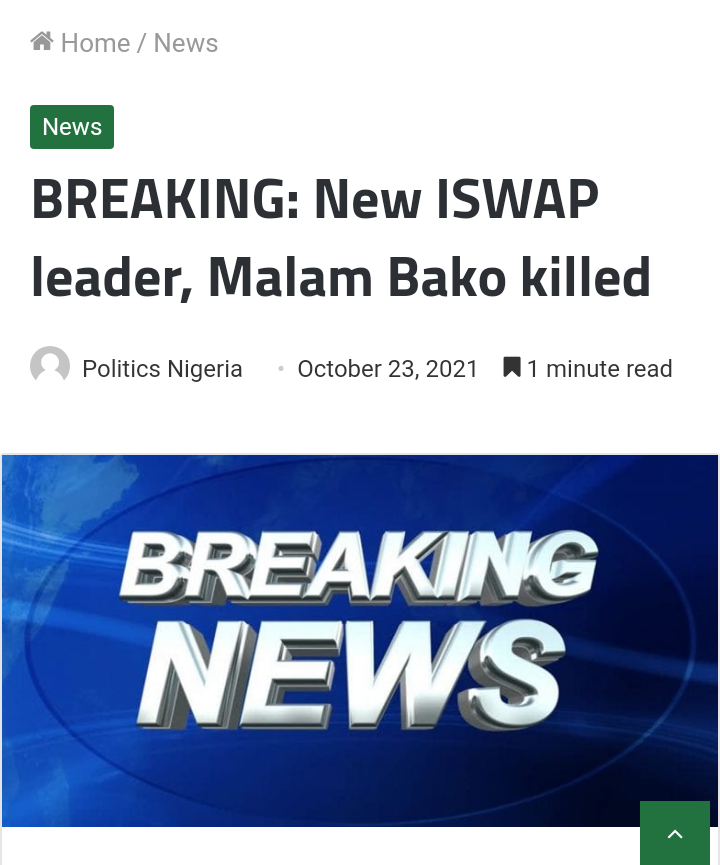 It doesn't fit the narrative of a demoralized and the defeated Nigerian military. Even when the military announces 15,000 insurgents have surrendered, western media said it is little relevance because most of those surrendering were forced to join Boko Haram and not real hardcore fighters. What are the odds of 15,000 people being forced to join Boko Haram? In August Bako was appointed a member of the Shura Council, ISWAP’s consultative assembly, as ISWAP sought to consolidate its position in the Lake Chad basin following the death of rival leader Abubakar Shekau of the Boko Haram group.