By #NewsUpdate (self media writer) | 19 days ago

According to report, the Nigerian Army has revealed that the troops of Operation Hadin Kai have eliminated over 50 Islamic State West Africa Province terrorists in Askira Uba Local Government Area of Borno State.

They claimed that they did it to avenge the killing of Brig-Gen Dzaram Zirkusu and three other soldiers, who lost their lives during an attack in the same local government on Saturday. 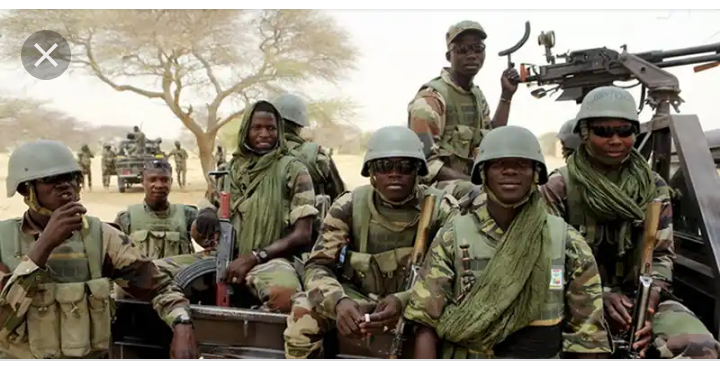 This information was disclosed by the Director of Army Public Relations, Brigadier General, Onyema Nnwachukwu, on Monday, adding that the troops engaged the terrorists in a counteroffensive attack and killed over 50 of them including their top leaders.

One of the few people who reacted to this information was Adeyanju Deji, who suggested that the Nigerian soldiers should not have mentioned the number of terrorists they killed. While sharing on his official Facebook handle, the Nigerian activist, social commentator, and the former Head of News Media for the Peoples Democratic Party (PDP), Adeyanju Deji said, "Why an even number? Stop telling very transparent lies". 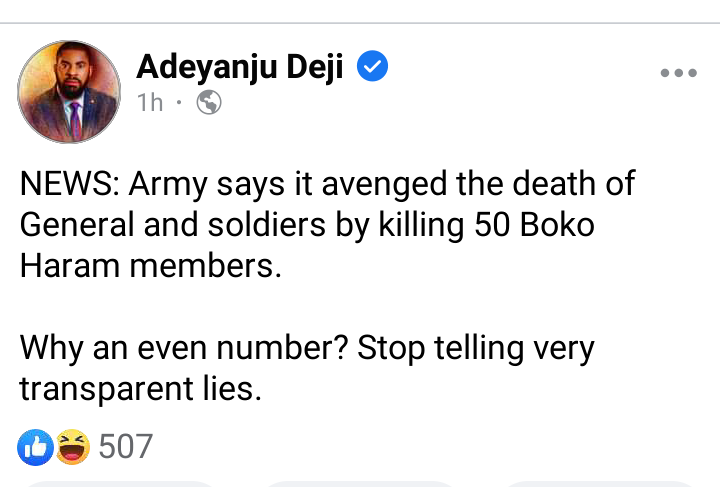 Adeyanju Deji has aired his opinion, however, I think our security operatives are really working hard to ensure that the lives and properties of the citizens are well protected, and I hope the people would show them some support.