Banditry, along with Kidnapping and Terrorism are some of the major problems which Nigeria is currently battling with. The country records several cases of each of these crimes almost every day with a large percentage of them happening in the North. 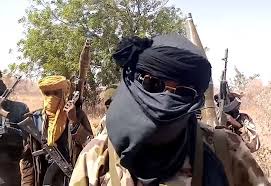 The modus operandi of bandits is similar to how terrorists operate, however they are still seen as domestic criminals who can change from their ways by Islamic Scholar, Sheik Gumi.

According to Daily Post, the Islamic leader has once again called on the government to grant Amnesty to bandits whom according to him, are ready to drop their weapons.

Gumi had in the past told the media to stop ascribing the 'terrorist' title to the criminals known as bandits. He had also served as a negotiator between families of the victims kidnapped by bandits and the bandits themselves. He has repeatedly called on the Government to grant Amnesty to the bandits who according to him, would accept it and drop their criminal acts. The Sheik has been criticized by many and even the media Aide to the President, Femi Adesina has labeled him a 'bandits lover'.

Granting Amnesty to a set of criminals who take pleasure in killing and kidnapping innocent people doesn't seem like a good idea, but could it change the hearts of bandits and bring an end to banditry in Nigeria?

Nigeria is facing serious security threats from terrorists and bandits and the country's security forces seem to be getting overwhelmed. 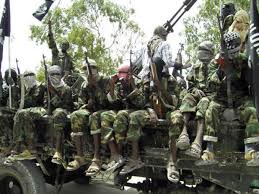 Negotiating with bandits who do not have a goal like the terrorists could seem like a good idea, even though the government has stated that it is not keen on taking such a step.

However, since the bandits allegedly do not have one leader, granting Amnesty may not solve banditry in Nigeria. Sheik Gumi says the bandits would drop their weapons if they are granted Amnesty, however, the words of criminals should not be taken seriously.

The country could also see a repeat of the same scenario that happened when Niger Delta Militants were granted Amnesty by the Yar'Adua administration.

The militants 'went under the radar' for some time but later resurfaced and unleashed terror in several places when they arrived.

Granting Amnesty is not the solution to Nigeria's terrorism or banditry problem, however, improving tactics and instruments that are being used to combat these elements could help Nigeria over banditry or Terrorism.