Take a look at what happened as Area Boys came stop a Construction work that belongs to a Soldier.

By Tzubex (self media writer) | 2 years ago Area boys came to my building construction site yesterday which is located at Oroke estate, No 16 Isoko estate road, off airport road warrior, delta state, they came to stop work, not knowing that the property belongs to am Army general. I'm a civil Engineer and I base in warri delta state. Area boys always come to collect money from any construction site here, they call it development fee, but luck ran out of them this time because the owner of this one is an army general and he doesn't take nonsense from any civilian.

Early morning yesterday, I went to the site and mobilized my workers and we started work, we also started bringing materials to the site and everything was moving on smoothly. All of a sudden, a group of boy came to the site and introduced themselves as the community boys, they ordered all my workers to stop work until they collect their development fee. 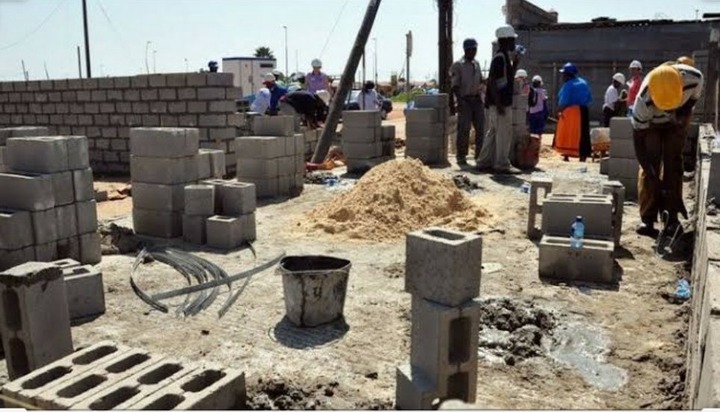 Some of my workers proved stubborn but those youths started fighting with the workers, I came and told them to wait that my client will soon be around to settle them.

So I called my client who is an Army general and explained the situation to him, he was very angry but he asked me to give them the phone and I did.

He asked then how much for the development fee, they said its #450,000, he said okay, they should wait, he's coming with the cash.

The boys sat down, thinking that they have made it big, not knowing they have bought a very big market from a soldier man.

We were all waiting for the money to come before we continue our work. 30 minutes later, I begged the community boys to allow us to work since my client has promised to bring the money they requested for, but they refused, so we continued to wait.

As we were getting tired of waiting, an Army Hillux, full of gallant soldiers came to the site, they were fully armed. The next thing I heard is "if you move I shoot" Everyone stood still. They asked for the Engineer, I indicated, then they asked me who the community boys are, I identified all of them, by then it was clear to them that they have bought the market that is bigger than them. After parking the blocks, the soldiers ordered them to start mixing cement for the block setting, those guys worked till 6pm without pay. At the end of the work, they were made to swear not to set their feet on the site again before they will be released to go, and they did with fear and trembling. I couldn't stop laughing, you needed to see how they were panting.

This issue of development fee has been banned by the federal government of Nigeria, our youths should stop this illegal act so that peace will reign and people will bring development without fear of being harassed.

Please drop your opinion on this issue of development fee at the comment section.

Content created and supplied by: Tzubex (via Opera News )