By Immawoli (self media writer) | 3 months ago 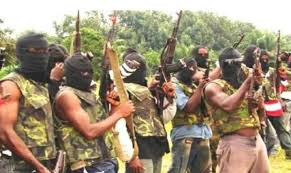 Unknown gunmen have slain a popular Fulani herdsman known only as Ibrahim in the Ago-Are community of Kwara State's Ifelodun Local Government Area.

The latest attack came just a few days after a reported invasion of a farm village in Oro-Ago town, in the local government region, in which one person was killed.

Ibrahim, the victim, was brutally murdered in Ago-Are, with the assailants still on the loose.

Babawale Zaid Afolabi, the spokesman for the Kwara State Command of the Nigeria Security and Civil Defence Corps, NSCDC, confirmed this in Ilorin on Friday.

He claimed that the most recent attack took place on Thursday night when a big group of unknown shooters stormed the cattle rancher's property and left him in a pool of blood. 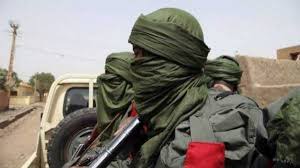 Babawale, according to the departed brother, died similarly at the Ajegunle region of Are-Ago, Ifelodun Local Government Area of the state, earlier this year.

“Yes, we received information of another attack in the Ago-Are village on Friday from our Divisional Officer in town, Najimu Lawal.

“This time, the perpetrators ambushed and hacked to death a Fulani herdsman simply known as Ibrahim or Ibro,” the official said.

He said the NSCDC and other security agencies have initiated a manhunt to catch the criminals, vowing that no stone will be left unturned in bringing them to justice.

The crime has been reported to the divisional police station, according to Babawale, and attempts are on to apprehend the perpetrators and avoid further attacks on the community.