By ShadrachBako (self media writer) | 2 years ago 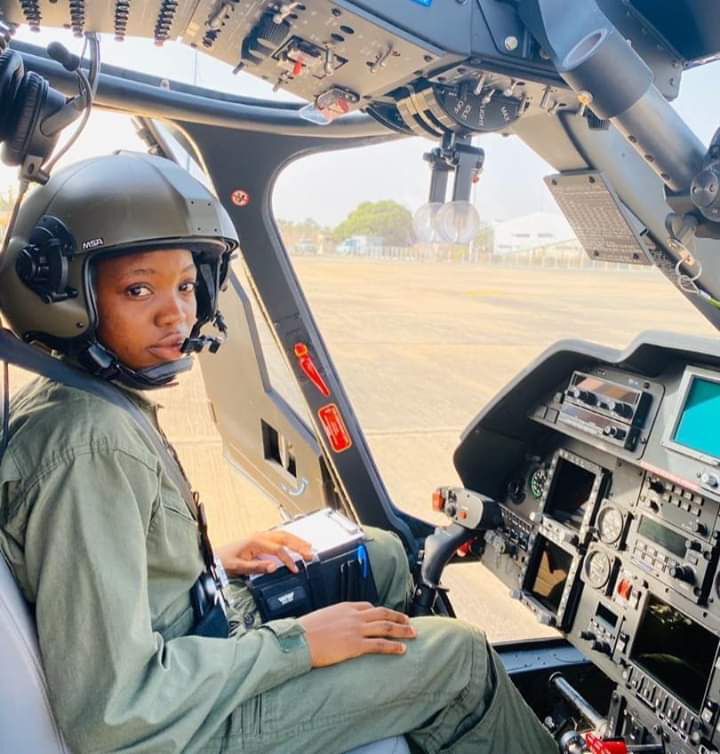 According to the Airforce, Arotile was winged as the first ever female combat helicopter pilot in the Nigerian Airforce on 15 October 2019, after completing her flying training in South Africa.

In Arotile's own words, "I joined the military simply out of passion for it. Being a military personnel has been a long time ambition, the carriage and what it stands for are simply exceptional.” 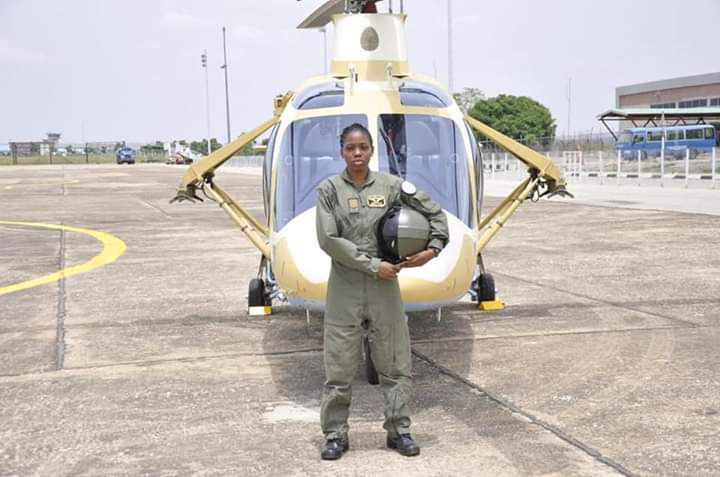 The Air force reported Arotile to have made "significant and outstanding contributions to the war against terrorism, armed banditry and other forms of criminality in the country, flying several combat missions."

Prior to her death, only few outside the Airforce and her immediate family, knew about Arotile's outstanding achievements and meritorious service to her fatherland.

However, following the series of well-crafted tributes to Arotile on the Nigerian Airforce social media pages, not only do Nigerians know know of Arotile's exceptional service to her country, the name "Arotile" will be atched in the memory of many Nigerians forever. 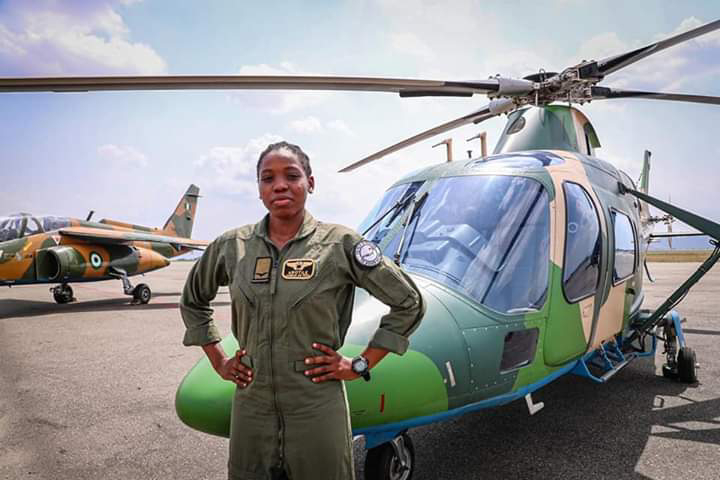 I am personally fulfilled to know that someone can achieve their purpose in life within such very short time frame. At 24, Arotile has achieved so much among her peers.

Whilst the tributes to her are commendable and well-deserved, my gut feelings tells me that she is the child of a high-ranking military officer or an influential member of society. This may be false, of course, and there is nothing wrong in coming from a wealthy home and going on to achieve such great feat in one's profession.

The Cruz of this piece is that every military officer who has lost their life, by whatever means also deserve to be celebrated in same vein.

Unlike Arotile, many officers of the Nigerian military in the front line battling Boko Haram and other forms of criminality never get to be celebrated in death. In most cases, their deaths are outrightly denied by the authorities, in a desperate attempt not to give away the impression that the insurgents are dealing heavy blows to the military.

Instead of being the noble profession that it is, the Nigerian military has become a political entity which crafts and spreads half-truths and injurious falsehood as press releases. Not only has this done dampened the spirits of soldiers fighting the war against insurgency, the military authority's negative tactics has gotten to the point where gallant officers of the force are now tendering resignation letters citing loss of interest. 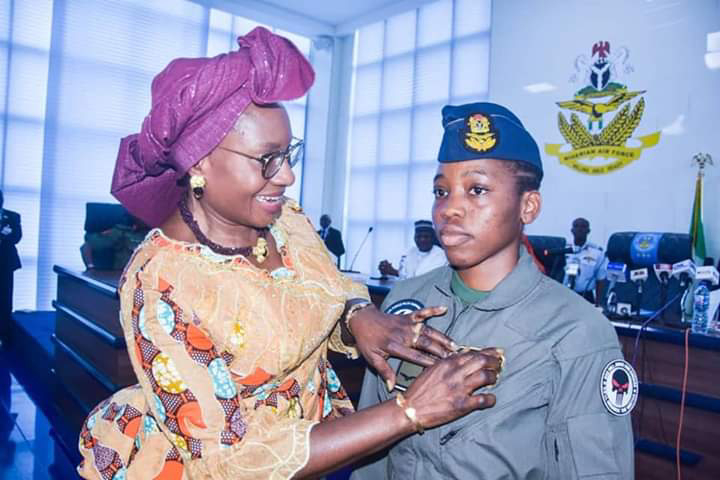 This much was the case when on July 12, 2020, the Punch reported that about 356 soldiers had tendered their resignation to Buratai, citing loss of interest.

The report states that, "No fewer than 356 soldiers in the North-East and other theatres of operation have applied to the Chief of Army Staff, Lt Gen Tukur Buratai, for voluntary retirement, citing “loss of interest” as their reason for disengagement.

The soldiers wrote to the army chief on July 3, 2020, under Reference NA/COAS/001, quoting the Harmonised Terms and Conditions of Service soldiers/rating/airmen (Revised) 2017.

What is disturbing is that the the army hierarchy accepted their resignation in a 17-page circular from Buratai, AHQ DOAA/G1/300/92, signed by Brig Gen T.E. Gagariga for the army chief, without bothering to address the concerns that the officers had raised and reassuring them of the military's commitment to the fight against insurgency and other forms of criminality in the country.

The report further stated that, "the list of the majority of the soldiers applying for voluntary disengagement and citing loss of interest are from the North-East theatre of operation – a development which military sources attributed to loss of morale, poor weapons, unimproved allowances and the continuous loss of soldiers to Boko Haram attacks."

Since the beginning of 2020, Boko Haram onslaughts on military locations in the North-East have also intensified with large casualties on the part of troops of the Nigerian Army. 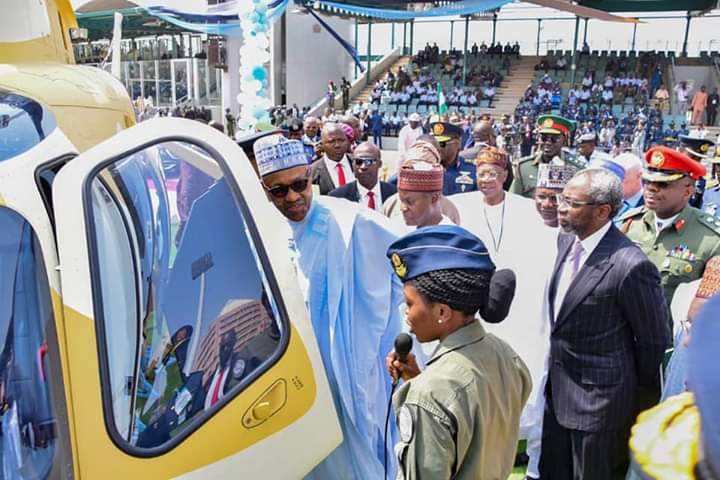 In March, the Defence Headquarters, Abuja, said 47 soldiers were killed by a bomb explosion triggered by Boko Haram in Gorigi near Allargano Forest area in Borno State.

In the same month, the army confirmed losing three soldiers while others were injured in a Boko Haram attack in the Damboa Local Government Area of Borno.

In May, the insurgents also attacked an army location belonging to the 156 Battalion in the Mainok area with at least 10 gun trucks, killing five soldiers, while others were injured.

In June, the Boko Haram terrorists became emboldened and shot dead an acting Commanding Officer of the army, Major K. Yakubu, during a gun battle in the Doron Naira and Magaji areas of Borno State.

The late CO, who was in charge of 401 Special Forces Brigade, also lost some of his troops in the terrorist attack.

Not only are the categories of soldiers who have applied for voluntary retirement the ones in the front line against Boko Haram, they are the least paid and least celebrated in the service. They are the ones whose deaths are denied, whose benefits are delayed, whose children are neglected and whose families are chased out of the army barracks with nothing to fall back on, following their demise. 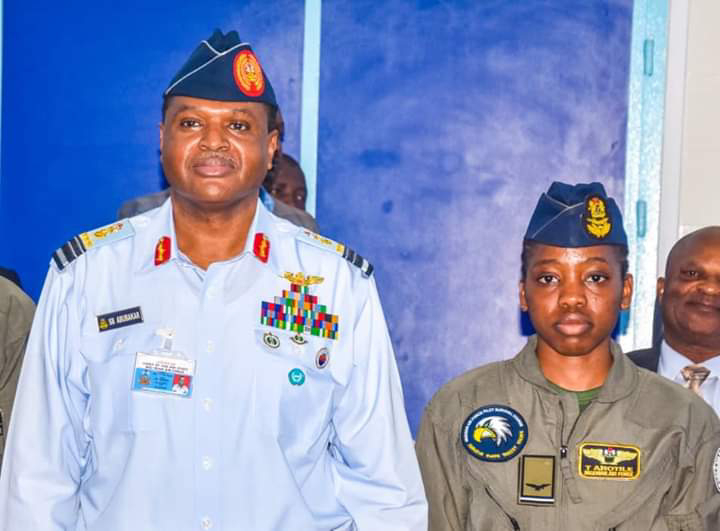 It is understandable why any army officer would lose interest in Buhari's Nigeria, where captured terrorists are 'rehabilitated, reintegrated into the army, and offered juicy financial packages and scholarships, without a commensurate efforts to do same for the families of officers who have paid the supreme price in the war against insurgency.

The total number on the list of voluntary disengagement is 380; while 356 cited loss of interest, 24 cited “to take a traditional title.”

A military source said the mass disengagement was indicative of the general discontentment in the army, and against the leaders.

Soldiers in recent times have also appeared in viral videos complaining about the poor quality of their fighting equipment in the North-East and how the Boko Haram terrorists are able to attack and kill troops due to alleged insiders’ connivance.

If those in the Nigerian Army are retiring due to loss of interest, what will be the motivation for those seeking to go in?

The war against insurgency and terrorism has reached a tipping point. We cannot continue to wish away things without acting. Just as with Flying Officer Arotile of the Nigerian Airforce, when a soldier dies, no matter how lowly ranked they may be, their achievements deserve to be celebrated. The army should publish tributes detailing the wars they fought and won, and how they've contributed their bit to making Nigeria safe for everyone. 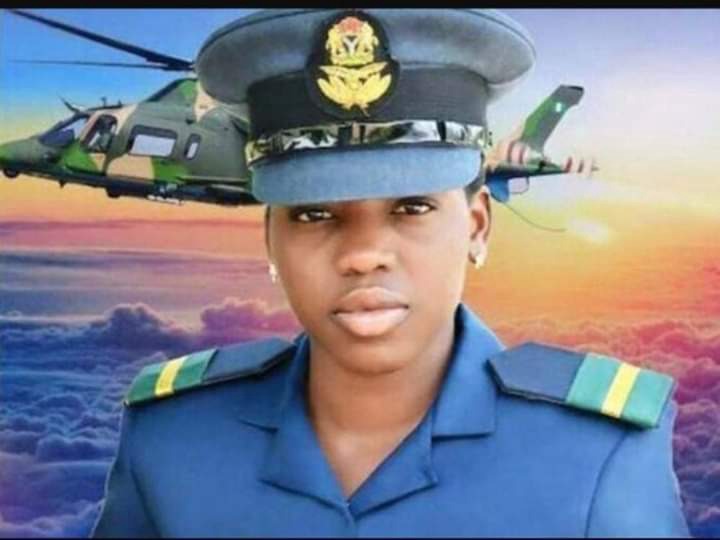 This little gesture will not bring back their lives, but it will go a long way in comforting their families, in giving their families something to remember them for and in making sure that we do not see a new pattern of soldiers exiting the service due to loss of interest.

May God grant the family of Arotile the fortitude to bear her loss.

Content created and supplied by: ShadrachBako (via Opera News )