Although, NigerIans are currently battling against terrorism, banditry and killer herdesmen, the fact is that those are not the only issues of insecurity militating against the peace and progress of the country. Two other major setbacks that NigerIa is grappling with are corruption and superstitious beliefs.

As it is known, NigerIans are rated among the most religious people in the world. Many of them are so religious that they do not mind going overboard if it comes religious affairs. Perhaps, it was one of the reasons why the late leader of the Al Qaeda Terrorists Network, Osama Bin Laden, was able to lure the founder of the Boko Haram terrorists group, Mohammed Yusuf, into terrorism.

One may be thinking about the connections that religious extremism has with superstitious beliefs and corruption.

To start with, it is superstitious beliefs that can make some people to accept and assimilate preachings on religious extremism by persuading them to wage a religious war against his country; and also that if he dies in the process, he would go to paradise where 72 virgins are awaiting him.

Also, because of the spirit of superstitious beliefs that some NigerIans are fond of, they are capable of embracing the deceptive acts of money rituals which have made many of them to be misled into taking human lives, including those of their biological relatives. And one of the most unfortunate aspects of the whole unbecoming problem is that majority of them do get scammed by fake money ritualists. An example of such is the one that allegedly took place in Maiduguri, Borno State as reported by Vanguard News platform.

According to the report, about a day ago, the operatives of the Maiduguri Zonal Command of the Economic and Financial Crimes Commission (EFCC) arrested two supposed spiritualists who are known as Mohammed Ibrahim and Ibrahim Abubakar for allegedly defrauding one Mohammed Gaji of the sum of Sixteen Million Naira after lying to him that they could perform a get-rich ritual for him. 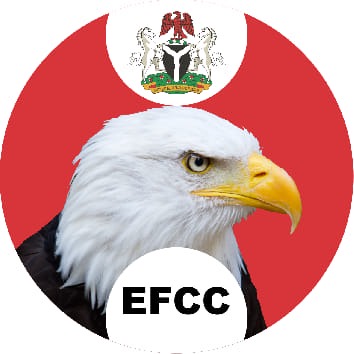 The arrests allegedly transpired after another man whose name is Mohammed Alhaji Bukar petitioned Gaji for not being able to account for the amount of 22.2 million naira he gave him to establish a cattle ranch business.

The above avoidable ugly experience is an illustration of how low corruption and blind submissions to superstitious beliefs can lead anyone who choses to be living by them.