By Ebukajp (self meida writer) | 18 days

It was on the news earlier today that some persons allegedly funding Boko Haram terrorist group were arrested in different parts of the country.

Based on that note, a top government source revealed that the AGF, Abubakar Malami was really not happy and that he even opposed the arrest of these individuals allegedly finding Boko Haram. 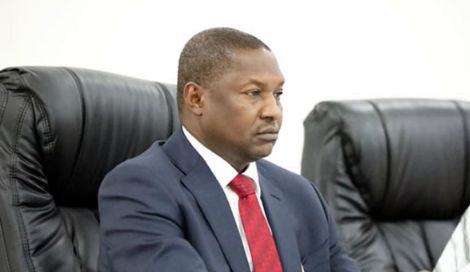 According to report which came out earlier today, about 400 persons were reportedly arrested in Lagos, Kano, Borno, Abuja, Adamawa, Kaduna, Sokoto and Zamfara States, for allegedly funding Boko Haram, according to Daily Trust

The source said: "Malami was opposing the raid and now he opposes having the names of the arrested revealed. So he is fighting the task force that carried out the act, saying it was illegal" 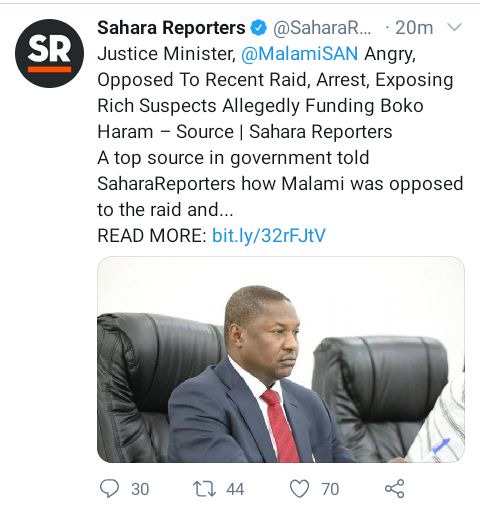 This is really not a good one for our dear country. What exactly could be the reason why AGF Abubakar Malami is angry over the arrest of these individuals? Well, it's only time will tell the reason behind it, because nothing is hidden under the sun.