By ChungleeWrites (self meida writer) | 15 days 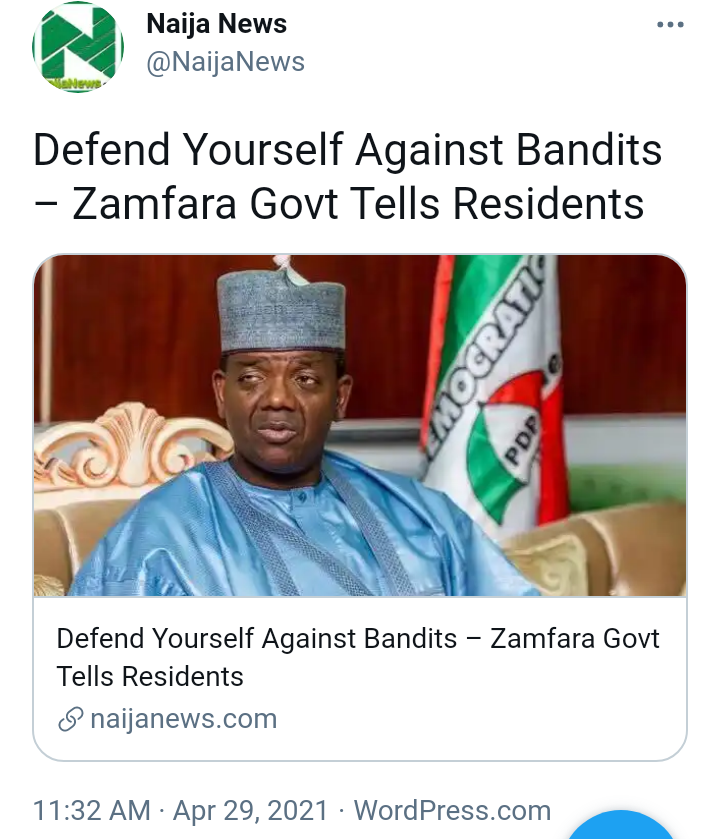 The Bello Matawalle-led Zamfara State Government has urged residents of the state to defend themselves against bandit attacks but ensure they do not break the law.

Naija News reports that this was made known in a statement signed by the State Commissioner for Information, Ibrahim Magaji Dosara on Wednesday.

Dosara also stated that the police have apprehended 35 criminals “comprising mostly kidnappers, informants and those aiding and abetting banditry in the state.” 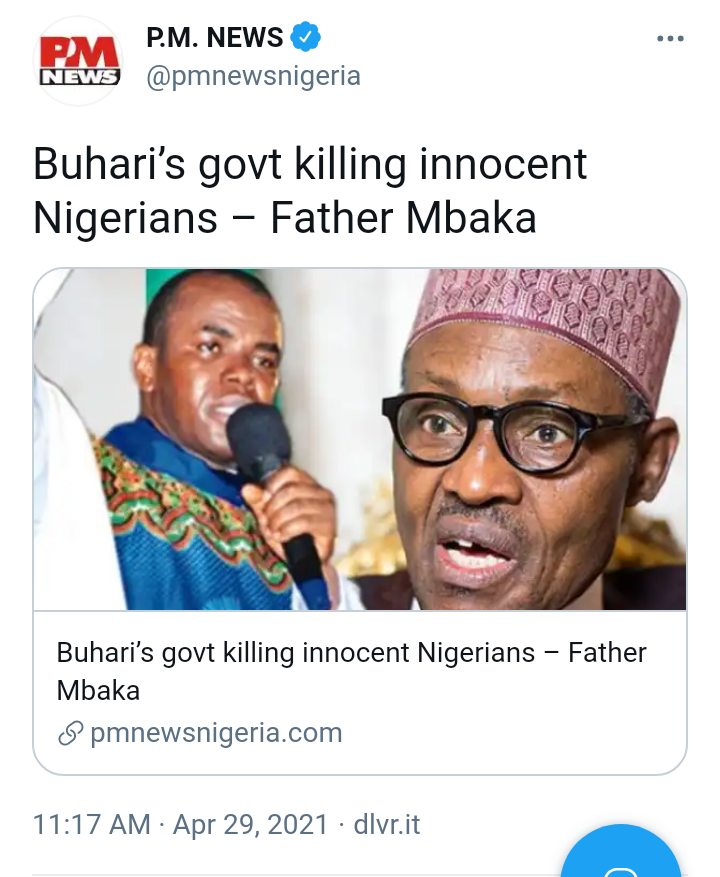 Mbaka who spoke at the Adoration Ministry in Enugu State on Wednesday said that Buhari has refused to label killer herdsmen as ‘terrorists’ while his government is busy killing innocent Nigerians in the country.

He said until the Buhari-led government finds something for the youths, they are going to face disaster.

Mbaka maintained that the deplorable state of the nation has led to cultism and idolatry. He also warned leaders of the country to release the money they are keeping for the 2023 election. 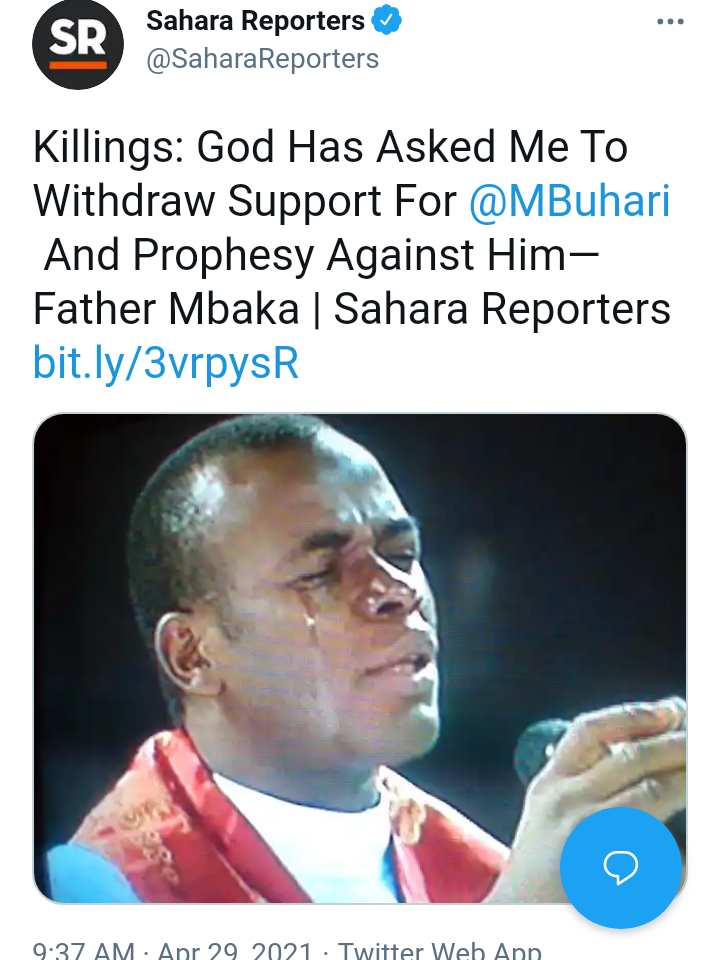 Spiritual Director of Adoration Ministry, Enugu, Rev. Fr. Ejike Mbaka, has lambasted President Muhammadu Buhari, saying God is not happy with his government because of the insecurity and killings in the country.

Mbaka also praised the leader of the proscribed Indigenous People of Biafra, Nnamdi Kanu, for speaking against the marginalisation of the Igbo people in Nigeria.

Mbaka, in a viral video obtained by SaharaReporters, was heard praising the IPOB leader.

He said he had not met Nnamdi Kanu before, but may God bless him. According to him, it is not wrong for someone to have courage, rise and say that his people are maltreated.

BRAC Issues Warning To IPOB over Attacks in Rivers. 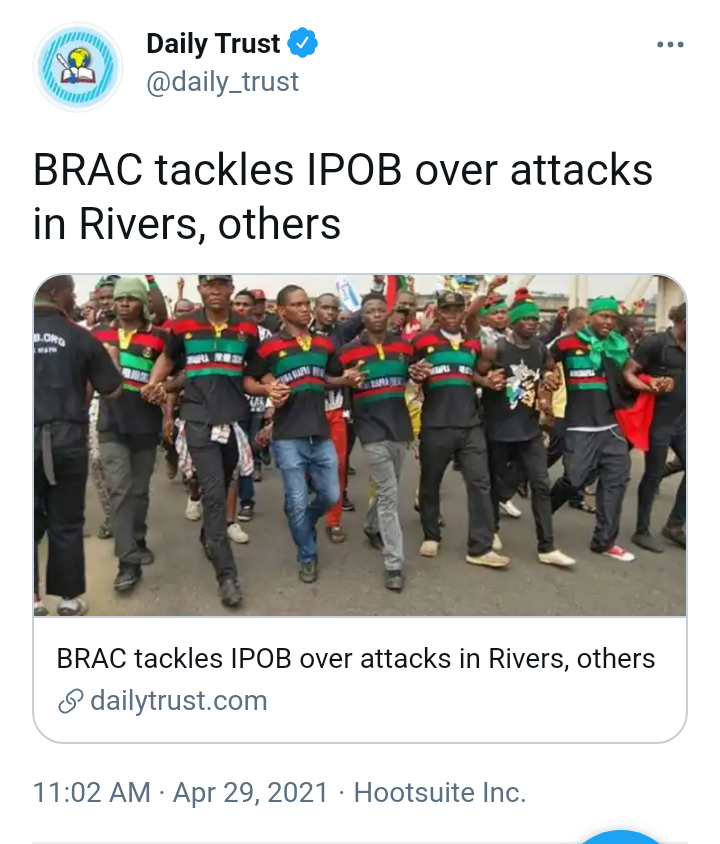 Bayelsa /Rivers/Akwa Ibom /Cross Rivers (BRAC) coastal aborigines have warned the Indigenous People of Biafra (IPOB) to leave their communities, saying the attacks on their communities are provocative and unacceptable.

According to BRAC, the last couple of weeks witnessed the invasion, harassment, raping and killing of innocent citizens, and disruption of peace and socio-economic activities in the coastal territory by IPOB activists. 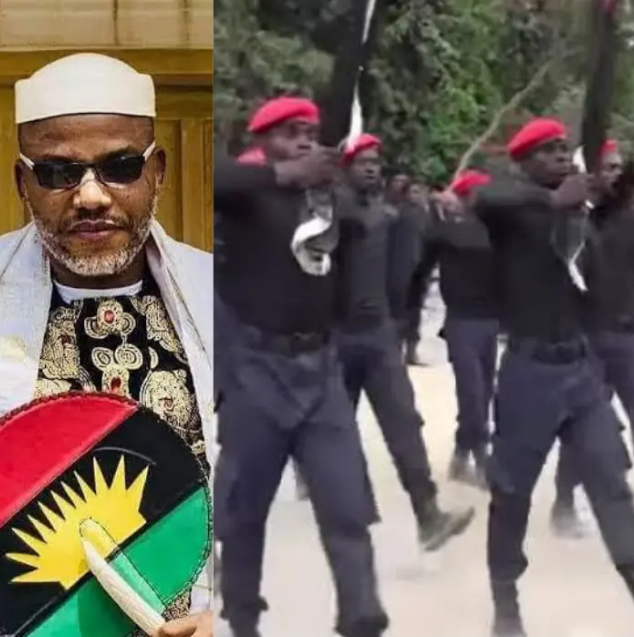 The group said it is annoying and very offensive for the Igbo to continue to assume their territory as part of their dream nation.

An Abia State University Student, Nnamdi George, Has Been Arrested For Faking His Kidnap